Home World 20 times heavier than the Sun: scientists have discovered a huge black hole that should not exist

20 times heavier than the Sun: scientists have discovered a huge black hole that should not exist

Chinese astronomers have discovered a black hole in our galaxy, the very existence of which does not fit into any of the theories of stellar evolution. Its mass exceeds the maximum permissible at least twice, writes Air force. 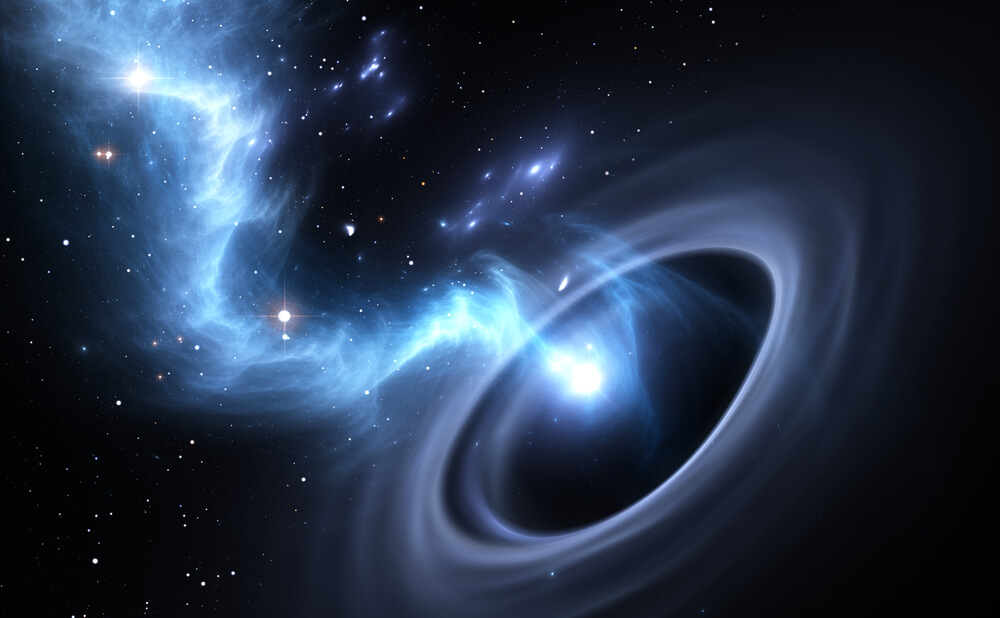 The amazing object, called LB-1, is located about 15 thousands of light years from Earth and belongs to black holes of stellar mass. In other words, this is a former star that has exhausted its thermonuclear fuel and contracted sharply under the influence of its own gravity.

However, during a gravitational collapse, a star explodes, losing most of its mass. Therefore, according to existing calculations, the resulting black hole resulting from such a compression can be heavier than the Sun by no more than 20 times.

The mass of LB-1 exceeds the solar mass by about 70 times - scientists cannot explain how this is possible.

On the subject: China will launch an artificial moon into space: how and why it is needed

“Black holes of this mass should not exist in our galaxy at all, according to most accepted models of stellar evolution today,” Eurekalert quotes Professor Liu Jifeng, the lead author of the work. “The LB-1 weighs twice as much as we thought possible. Now theorists will have to try hard to explain how it was formed. "

On the subject: Created an algorithm in graduate school: a young American told how she photographed a black hole

The second is that after a supernova explosion, most of the ejected matter, for some reason, was not carried away by the stellar wind (as usually happens), but fell back onto the star, turning it into a black hole. In theory, this is possible, but until today, astronomers have never seen such cases.

It should be noted that LB-1 is by no means the largest black hole in principle - but only the most massive in its class. Supermassive black holes can be billions of times heavier than the Sun, but they have a completely different formation mechanism.

Previously ForumDaily I told about Katie Bowman, a scientist whose postgraduate work helped create first image of a black hole. Bowman modestly reacted to the fact that she suddenly became famous.

'Life on the planet was and is': a former NASA scientist found bees and snakes on Mars

NASA investigates the first crime in space: how the law works there

USSR space satellites launched with a nuclear reactor on board: one of them fell in Canada

How it is to operate satellites: the story of a Ukrainian working at NASA