Home In the U.S. Hurricane Ida claimed 67 lives in the USA: chronicling tragic events from state to state

Catastrophic floods, millions of people without electricity, tornadoes and destruction - last week, Hurricane Ida swept from south to north along the east coast of the United States. The storm led to at least 67 deaths in eight states of America, writes ABC News. 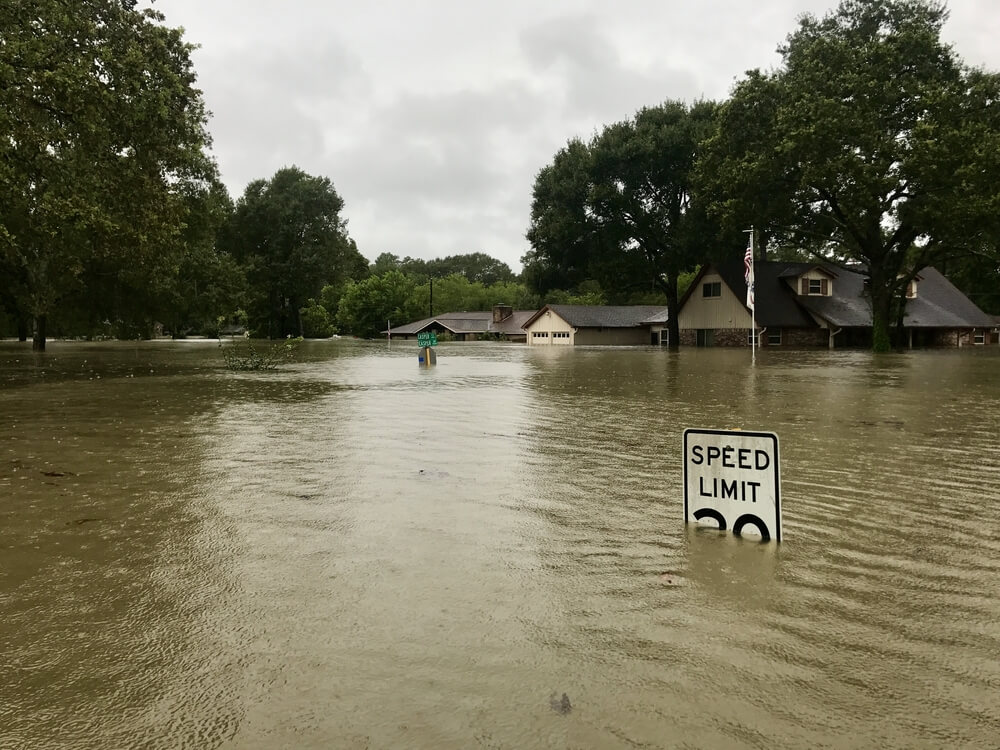 In addition to high winds and floods, 9 confirmed tornadoes in New Jersey, Pennsylvania and Maryland have resulted in severe destruction. US President Joe Biden approved the declarations of emergencies in New York and New Jersey, which have experienced record rains and floods.

Metro stations in the metropolis have turned into waterfalls, and the streets of Midtown into rivers.

Thirteen people died in the city, most of them in flooded basement apartments. Thousands of residents of the state and metropolis spent several days without electricity.

Gov. Katie Hockool said the "damage from Ida is in excess of $ 30 million."

New York City Mayor Bill de Blasio announced on September 3 that he was creating a "Climate Rain Response Plan" to improve the city's weather warning system. He said the city will also form a 30-day Extreme Weather Response Working Group to explore how it can better prepare and respond to the harsh weather.

There may be more travel bans in the future, he said, with a focus on people living in basements, including door-to-door warnings and the potential creation of a database of residents of such apartments.

Most deaths in New York were in the Bronx.

Police in the city said police officers who arrived on a flood call in a partially collapsed building in the early morning of September 2 found two people, a 43-year-old woman and a 22-year-old man, unconscious there. The man was pronounced dead at the scene, and the woman was taken to a local hospital, where she later died.

On the subject: Food prices in the United States are growing at an incredible pace: all because of the weather, and it will only get worse in the future

In another flooded building in Queens, police found a 50-year-old man, a 48-year-old woman and a 2-year-old boy unconscious. They were all pronounced dead at the scene.

Also in Queens, police responded to a flood emergency call and found a 48-year-old woman dead at home.

The 86-year-old woman also died in her Queens apartment due to flooding, police said.

On the afternoon of 2 September, the landlord of the Flushing apartment called 911 to say that he had found three bodies in a flooded basement.

“FDNY members rescued hundreds of people throughout the city during the storm by getting passengers out of cars stuck on flooded roads and evacuating New Yorkers from subway stations,” said Fire Department spokesman Frank Dwyer.

After responding to the Brooklyn flood incident, NYPD found a 66-year-old man in the building, pronounced dead at the scene.

Meanwhile, in Westchester County, one person died after his car hit a flooded street. Three more deaths in the area were later confirmed.

More than 100 people have been rescued in Rockland and Westchester counties, officials said.

During the flood, 835 passengers were rescued from the flooded and stopped subway of New York. Some spent 14 hours in flooded wagons.

But there were also those who enjoyed the flood. For example, a man in New York was filmed swimming along a flooded street on an air mattress and with a hookah.

As #NewYork suffers catastrophic hurricane related floods, here's a geezer in NYC last night floating down and alleyway in the rain and floods, smoking a bong. 😁😎 #BossinIt pic.twitter.com/Qh050tLkxO

In New Jersey, Gov. Phil Murphy has declared an emergency due to heavy rainfall.

At least 27 people were killed by the storm in the state, and at least four are still missing.

Most of the deaths were due to floods. Deaths associated with three tornadoes that struck South Jersey have not yet been recorded.

Four residents of the Oakwood Plaza apartment complex in Elizabeth were found dead after the flood. The victims were 72-year-old Rosa Espinal; her husband Jose Torres, 71; their 38-year-old son, also named Jose Torres, and their neighbor Shakia Garrett, 33.

At least one person was killed by flooding in Passaic. He was trapped inside his car, which was covered with water.

Two people died in flooding in two separate incidents in Hillsborough, and one person was found dead in a badly damaged pickup truck in Milford.

In the early morning of September 3, a banquet hall caught fire in Manville, because of the flooded roads, firefighters could not get to it. Two other houses on Bosel Avenue and North Second Avenue, which caught fire on September 2 in the afternoon, continue to smolder on Friday, as firefighters could not reach them. At the moment, all these fires have been eliminated.

At least five deaths related to the storm have been confirmed in Pennsylvania. At least three people died in Montgomery County. One of the victims is a woman who died when a tree fell on her home in Upper Dublin. Details of the other two deaths in Montgomery are still unknown.

In addition, 65-year-old Donald Allen Bauer from Perkyomenville drowned in his car after driving into a flooded street in Bucks County. Also in the state was killed 51-year-old Michael Nastasi from Downingtown, a man drowned.

The Schuylkill River flood, which caused much of the city's destruction, is near record-breaking, according to Adam Thiel, Philadelphia's fire chief. He noted that the river reached a water height of 16,5 feet, just below the 1869 record of 17 feet.

“We haven't had floods of this magnitude since the early 1900s,” he said.

Officials said they are preparing for a recovery process that will take "months."

Randy Padfield, director of the Pennsylvania State Emergency Management Agency, estimated Thursday the number of water rescue operations in “thousands”. In Montgomery County alone, officials have responded to at least 500 calls from victims of Ida.

There have been four confirmed tornadoes in Pennsylvania, in the Horsham area, Bristol, Oxford and Buckingham, according to the NWS.

A state soldier died after his vehicle was destroyed by flooding in Woodbury. A soldier, identified as 26-year-old Sergeant Brian Maul, sought help around 4 a.m. on September 2 and, after searching, was found and hospitalized with serious injuries. He died in the hospital.

Police said the 19-year-old man was found dead due to flooding at a Rockville apartment in Montgomery County.

Two tornadoes have been confirmed in Maryland, Annapolis and Edgemere, which damaged property and knocked down wires and trees. No fatalities or injuries were reported.

Southern states of the USA

At least 12 deaths have been reported in Louisiana, according to Gov. John Bel Edwards, four of which were from carbon monoxide poisoning while using generators. All of New Orleans has been disconnected from the power supply and is still being restored. The city has a curfew due to marauders.

Two deaths have also been reported in Mississippi and Alabama.

During the flooding due to Hurricane Ida in Louisiana, an alligator attacked a man: the body was never found