Barbara Cochran said she was going to bed on Monday evening, August 30, when she heard a loud rumble outside her home in the southeastern Mississippi countryside. Writes about it ABC News. 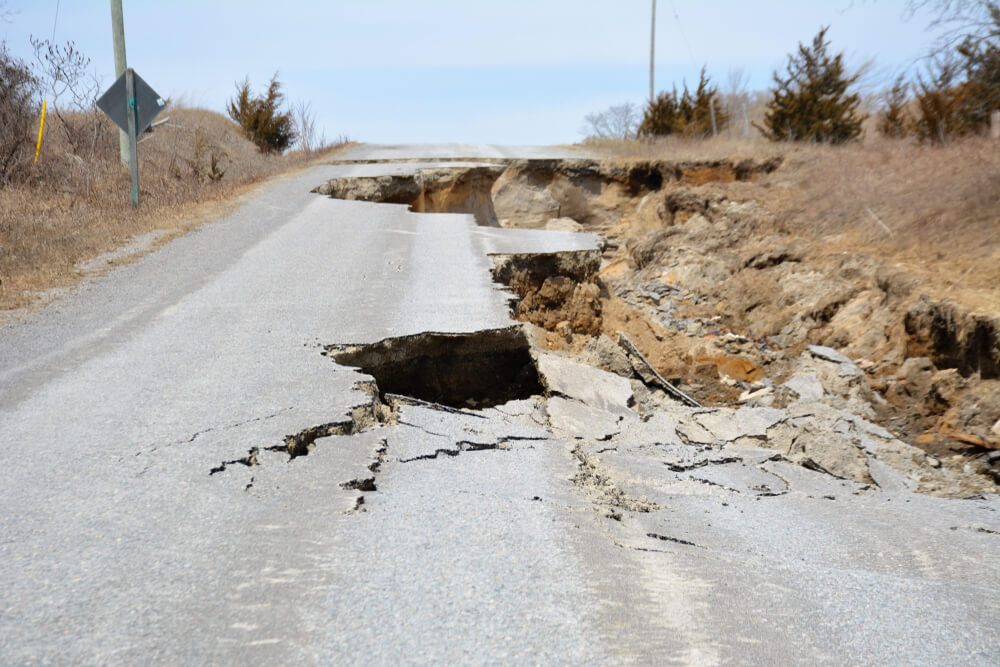 The woman said she went out on the porch to see what happened, but she never saw anything.

About 10 minutes after she returned inside, she heard a second loud crash. Moments later, Cochran heard the crack for the third time. Then she heard sirens wail, "something like a woman's scream."

Two people were killed and at least 10 injured on August 30, when seven vehicles, one after another, crashed into a deep hole on the highway following the collapse of Hurricane Ida.

"Heavy rain caused the collapse of the two-lane Highway 26, and the drivers may not have noticed that the carriageway in front of them was gone," said Mississippi Police Patrolman Cal Robertson.

He claims that some of the vehicles ended up on top of each other. When the hurricane passed through the Mississippi, rainfall was 33 cm, according to the National Weather Service.

On the subject: During the flooding due to Hurricane Ida in Louisiana, an alligator attacked a man: the body was never found

“You can imagine driving at night during heavy rain,” Robertson said. "It's a solid wall of water."

George County Sheriff Keith Howard said the emergency services were called by a man whose car fell into a hole.

“He said he was driving and suddenly he’s not driving anymore,” Howard said. "He didn't understand what happened."

The vehicles were later lifted by a crane, leaving debris at the bottom of the pit. The drone video shows how the shaft under the road is being washed out.

“This is a landslide, which means the ground under the roadway and embankment was oversaturated, and right now we can tell what caused the landslide,” said Kelly Castleberry, an area engineer for the Mississippi Department of Transportation.

George County School said one of its students was hospitalized with serious injuries. Local schools were closed on August 31 because a collapsed highway created problems for buses and other vehicles.

Transportation Commissioner for Southern Mississippi Tom King said there was nothing unusual about the soil at highway collapses. Work crews check other highways in areas affected by heavy rain.

According to the Mississippi Department of Transportation, between 3100 and 5700 vehicles average on the highway per day.

“It will take us time to redesign, fix and make the highway safe for people,” King said.

Mike Dillon, pastor of Crossroads Church, which is located near the crash site, said he learned about the crashes in the morning from the pages of the prayer community on the Internet. Like many locals, he approached the crash site and prayed.

"We're a very tight-knit community," Dillon said, "and we're going to get through this with the help of the Lord."

Hurricane Ida hit the coast on August 29 as a Category 4 hurricane, one of the most powerful ever to hit the continental United States. He cut electricity across much of southeastern Louisiana and southern Mississippi, ripping rooftops off buildings and causing widespread flooding, triggering a wave of ocean water that briefly altered the flow of the Mississippi River.