Home culture The author of the 'Brotherly Kiss', the most famous graffiti on the Berlin Wall, has died

In Berlin, at the age of 62, died the artist Dmitry Vrubel, the author of the graffiti "Fraternal Kiss" of the Soviet leader Leonid Brezhnev and the head of the GDR Erich Honecker on the Berlin Wall and many other famous works, сообщает with the BBC. 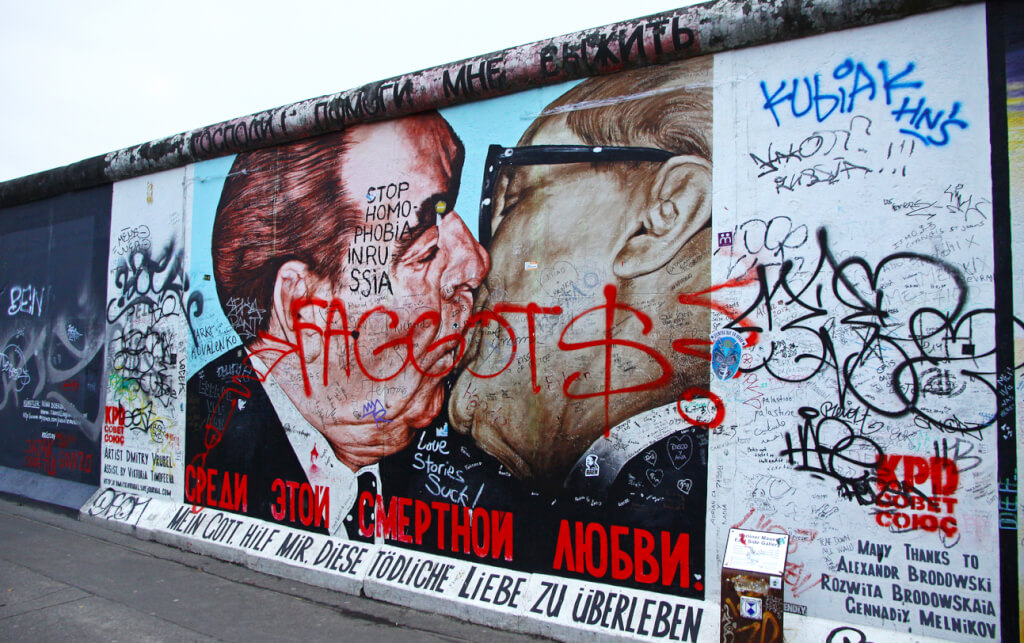 According to media sources, the cause of the artist's death was complications from the coronavirus.

Dmitry Vrubel was born in Moscow in 1960, in 1975 he created his first work of art, the painting "Pilate's Judgment".

In 1978-1980, Vrubel studied at the Moscow State Pedagogical Institute at the Faculty of Art and Graphics, but did not finish his studies. However, despite this, in 1983 he was accepted into the Union of Artists of the USSR.

On the subject: Lost sight, hearing and could barely walk: Ashton Kutcher spoke about a terrible autoimmune disease that almost took his life

In 1986, Vrubel organized an impromptu gallery in his apartment, and in 1987 he became a member of the Avant-Garde Club (KLAVA), which also included Dmitry Prigov, Lev Rubinstein, Nikita Alekseev and other artists.

In 1990 Vrubel moved to Berlin. In the same year, on the surviving fragment of the Berlin Wall, he painted the famous painting “The Fraternal Kiss”, in which Secretary General Leonid Brezhnev kisses the leader of the GDR, Eric Honecker.

Graffiti has become one of the most famous street art in the world. In 2009, the "Brotherly Kiss" was erased as part of the restoration of the wall for the 20th anniversary of its demolition, but Vrubel agreed to restore the painting.

In 2010, Vrubel acted as a defender at the trial of the former director of the Sakharov Museum, Yuri Samodurov, and the former head of the Tretyakov Gallery's department of the latest trends, Andrei Erofeev, who were accused of inciting religious hatred for organizing and holding the Forbidden Art 2006 exhibition. . The trial was initiated by the Orthodox movement "People's Cathedral".

“We again find ourselves in a country where the state supports one position and aesthetics, and calls the other criminal, and this is scary,” Vrubel commented on this lawsuit at the time.
The artist was actively involved in charity work. In 2004, he donated a large sum to create a children's art school in Beslan, and in 2007 he sponsored the construction of an orphanage in Suzdal.