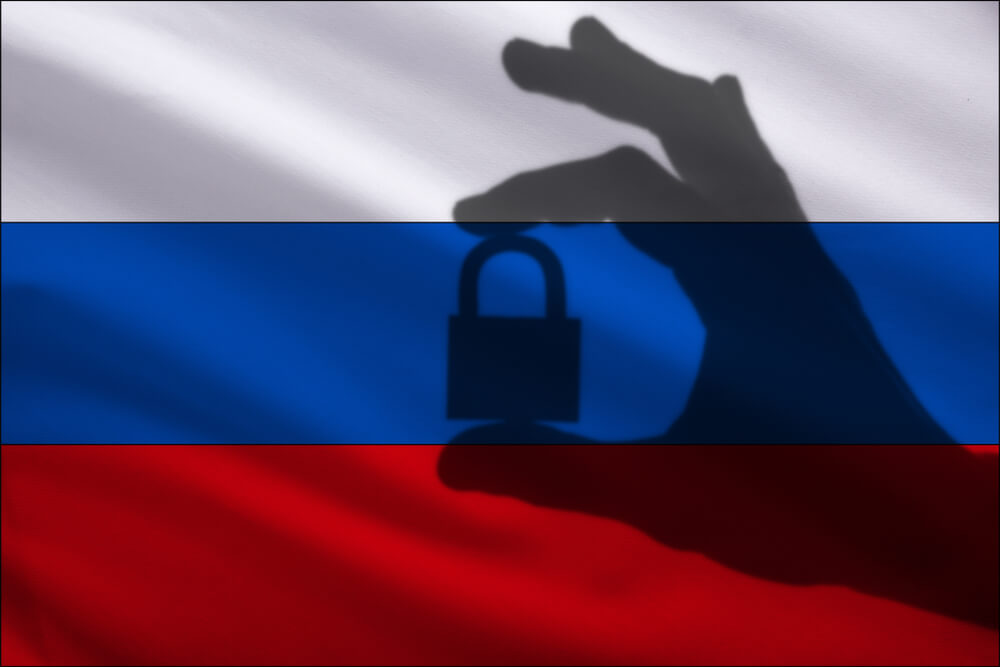 "To put into effect the decision of the National Security and Defense Council of Ukraine dated March 23, 2021" On the application, cancellation and amendments to personal special economic and other restrictive measures (sanctions), "the decree signed by Zelensky says.

The decree is accompanied by documents with a list of legal entities and individuals to which sanctions will be applied.

Among the companies from the sanctions list - Gazeta.ru, Rossiya Segodnya, Lenta.ru, Rosgosstrakh insurance company, Siberian Oil and Gas Company, a number of companies operating in the occupied Crimea, in particular Chernomorneftegaz, Massandra.

The following restrictions were imposed on each company:

Restrictions against them include:

Zelenskiy also imposed sanctions against several French MEPs who visited the occupied Crimea. Among them are Virginie Joron, Jean-Lena Lacapelle and Philippe Olivier. All of them are representatives of the extreme right-wing political group Identity and Democracy.

On the subject: Ukraine will allow dual citizenship, but not for everyone and not with all countries

Ukraine began to impose sanctions on Russia in 2014 in connection with the annexation of Crimea, as well as the beginning of the conflict in Donbass, writes TASS.

Ukraine introduced the first serious sanctions against the Russian Federation on September 16, 2015. The list initially included 388 Russian individuals and 105 legal entities. Among them were the Minister of Defense of the Russian Federation Sergei Shoigu, the Speaker of the State Duma of the VI convocation Sergei Naryshkin, the heads of the Ministry of Telecom and Mass Communications and the Ministry of Agriculture Nikolai Nikiforov and Alexander Tkachev, the head of Chechnya Ramzan Kadyrov, the leader of A Just Russia Sergei Mironov, singer Joseph Kobzon and others.

In addition, restrictions were imposed on media workers: the general director of the Rossiya Segodnya news agency, Dmitry Kiselev, employees of the TASS and Rossiya Segodnya agencies, the Izvestia and Rossiyskaya Gazeta newspapers, the NTV television company, and Channel One.

Of course, sanctions were also imposed against the leaders of the so-called “DPR” and “LPR” - Alexander Zakharchenko and Igor Plotnitsky.

The list was repeatedly replenished with new faces, and the sanctions were tightened.

On March 29, 2016, Petro Poroshenko enacted the NSDC decision of March 25, 2016 on the application of sanctions against persons "involved in unlawful actions against Nadezhda Savchenko, Oleg Sentsov and Alexander Kolchenko." The Savchenko-Sentsov list included 84 names, including the head of the Investigative Committee of the Russian Federation, Alexander Bastrykin, and the head of the FSB, Alexander Bortnikov, who are banned from entering Ukraine. Restrictive measures also affected court and prosecutors who prosecuted cases against Ukrainian citizens, and two Russian TV channel operators who acted as witnesses in the courts. Later this list was expanded.

On May 15, 2017, President of Ukraine Petro Poroshenko approved the decision of the NSDC to expand the sanctions list against 1 individuals and 228 legal entities. It included deputies of the State Duma, journalists, judges of the Constitutional Court.

On May 14, Petro Poroshenko again signed a package of personal sanctions. Measures were introduced against persons involved in information and cyber aggression against Ukraine. According to the presidential decree, Internet providers were ordered to restrict access to the sites ria.ru, sputniknews.com, 1prime.ru, rsport.ria.ru, realty.ria.ru, rian.com.ua, rtr-planeta.com, russia .tv, vesti.ru, tvkultura.ru, digitalrussia.tv.

On June 21, 2018, six political parties of Russia were added to the sanctions lists of Ukraine, including United Russia, the Communist Party of the Russian Federation, the Liberal Democratic Party, Rodina, the Democratic Party of Russia, and the Agrarian Party of Russia. The list also includes the Central Election Commission and its head Ella Pamfilova, the Crimean election commission and members of territorial commissions at various levels. In addition, the Union of Pensioners of Russia and the Union of Afghan Veterans, the Observer Corps “For Clean Elections”, and the public organization “Combat Brotherhood” fell under the sanctions.

Throughout the entire period of the conflict between Ukraine and Russia, sanctions expanded, as did the list of persons and organizations falling under them. The latest sanctions were imposed against “Putin’s godfather”, the head of the political council of the Opposition Platform - For Life (Opposition Platform - For Life) party, Viktor Medvedchuk, and other persons, including five Russian citizens, in the terrorism financing case.

From the USA to Israel: Myths and Truth about Medicine in Developed Countries

'I came with nothing': how a Ukrainian immigrated to the USA and made millions selling on Amazon

Grammy-2021 was awarded in the USA: a DJ from Kazakhstan became one of the laureates