The simplified registration of a residence permit in Ukraine concerns Belarusian entrepreneurs, highly qualified and IT specialists, as well as their family members, writes Voice of America. 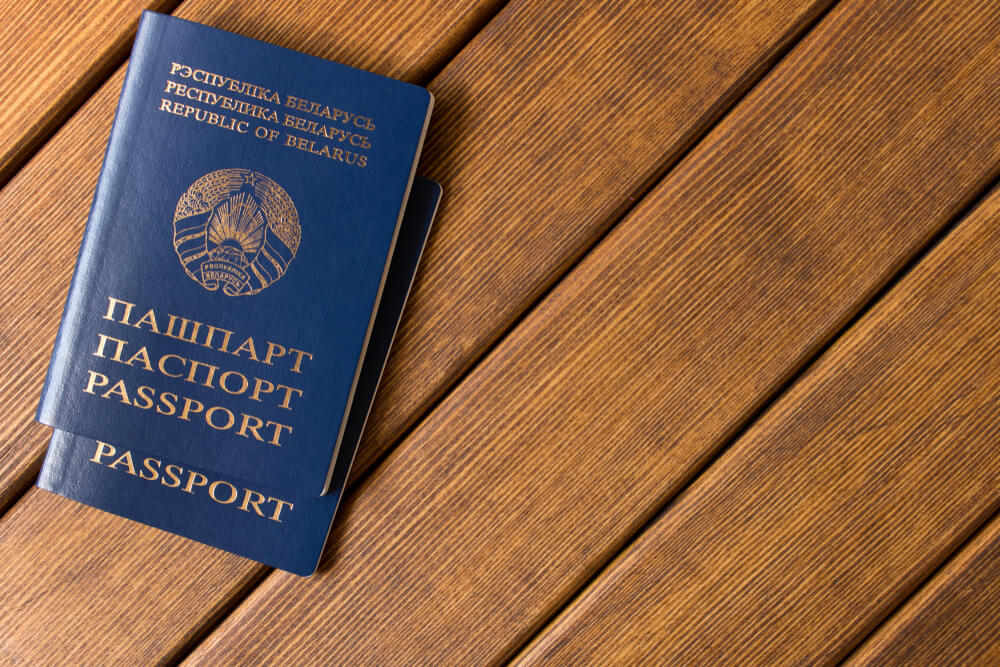 Ukraine continues to do everything possible to support the Belarusian people. This was stated by Foreign Minister Dmytro Kuleba during an online briefing, reported on December 24 on the Facebook page of the Ukrainian Foreign Ministry.

“The government has made another decision, which further simplifies the procedure for moving and finding employment for citizens of Belarus,” noted Dmitry Kuleba.

He stressed that Ukraine is studying the EU sanctions against Belarus.

“At this stage, it is unreasonable for Ukraine to introduce economic sanctions or join them. In contrast to the sanctions against Belarusian officials who are involved in repressions against the Belarusian people. These people should be held accountable, ”the Foreign Minister said.

He recalled that Ukraine, together with Lithuania and Poland, immediately expressed its readiness to provide Belarus with the Lublin Triangle format as a platform for mediation, but the Belarusian authorities demonstrate that they do not need these services now, the Ukrainian Foreign Ministry's Facebook page says.

According to the Government portal of executive authorities, on December 23, the Cabinet of Ministers adopted a resolution that simplifies the procedure for obtaining a residence permit for citizens of the Republic of Belarus - entrepreneurs, highly qualified specialists, including in the field of information technology and innovation, as well as their families.

The message draws attention to the fact that "this procedure will be valid until December 31, 2021."

On October 2, 2020, President of Ukraine Volodymyr Zelensky signed a decree that “promotes the development of investment potential” of the country and provides an opportunity for “simplified registration of temporary residence” for citizens of Belarus - entrepreneurs, as well as highly qualified specialists in the field of information technology and innovation.

The decree “On some measures to attract entrepreneurs, highly qualified specialists who are citizens of the Republic of Belarus” comes into force from the day of its official publication. It is noted that "the government will ensure the operation of a single information portal and hotline telephones to provide consultations to citizens of Belarus who immigrate to Ukraine."

On the subject: For the first time in 12 years: Congress appoints U.S. Ambassador to Belarus

It emphasizes that the procedure for "obtaining permits for the use of labor of foreigners and stateless persons for the employment of citizens of the Republic of Belarus" will be optimized.

According to the Belarusian opposition press, citizens are holding protests, resorting to strikes, which are suppressed by the security forces supporting Lukashenka.

“The revolution in Belarus continues. The protests have not subsided. Yes, we can say that at the moment they have become somewhat less massive, but, nevertheless, protests in Belarusian society have become a way of life. The most important thing that happened was that the people terminated the so-called social contract with the government, ”Natalya Radina, editor-in-chief of Charter97.org, said in the article“ Scenario of the victory of the Belarusian revolution - protests plus economic sanctions ”.

She noted that it is necessary to continue the non-violent protests that are taking place in Belarus.

“I am convinced that they will become more widespread next year, in winter, in spring, because the economic situation in Belarus is very difficult,” Natalia Radina stressed.

According to Charter97.org, by December 24, there were 167 names in the list of Belarusian political prisoners.

The delicate balance of relationships

Political analyst Aleksey Yakubin believes that the process of "freezing of contacts" is going on between Ukraine and Belarus at the political level.

“A delicate balance has been preserved in the Belarusian direction - at any moment it can be destroyed by extra statements of key politicians. So far, we see an attempt by Ukraine to soften the rhetoric in the Belarusian direction, at best to repeat the rhetoric of European politicians. Despite the fact that both the office of President Zelensky and the Foreign Ministry understand that completely copying the EU policy towards Belarus is contrary to the economic interests of Ukraine, ”Aleksey Yakubin told the Voice of America correspondent.

On the subject: Belarus closes borders to exit, citing coronavirus

According to him, Kiev "partly" would like to take advantage of the current situation in Belarus when it comes to attracting highly qualified specialists.

“How at one time Belarus took advantage of the situation of deteriorating relations between Russia and Ukraine, when Belarus became a logistics hub between the countries. Today, Kiev partly wants to repeat the actions of Minsk, trying to maintain economic ties in many sectors of the economy, including with the current project for Ukraine in the field of road construction, ”emphasizes Oleksiy Yakubin.

He recalls that after 2014, a part of Russian exports to Ukraine goes under the guise of Belarusian products.

“Therefore, Kiev's statements are more about the political side. You can take advantage of the situation - the outflow of highly qualified IT specialists from Belarus, because these companies will consider the possibility of transferring their offices from Minsk, ”Aleksey Yakubin believes.

“The decision for those who have expressed a desire to leave Belarus and resolve the issue of political refugees who appeared after the end of the presidential campaign on August 9, 2020, is also a pragmatic solution, since it allows Ukraine to compete for skilled labor: now it will be easier for Belarusians to emigrate to Ukraine than before, "Viktoria Zakrevskaya commented on to the Voice of America Russian Service.

She notes that simplification of legalization for citizens of the border state expands the choice for Belarusians - to move not only to the countries of the European Union or Russia.

“This becomes especially obvious against the background of the existing migration rules for Belarusians in Russia, where they enjoy the same civil rights as Russian citizens. And pro-European migrants will be more willing to move to Ukraine, ”Viktoria Zakrevska said.

The possibility of introducing economic sanctions, she said, is being considered by the Ukrainian authorities from a pragmatic point of view.

“The Ukrainian government condemns violence in Belarus, but has to reckon with the common border with the Republic of Belarus and be pragmatic in matters of human ties and trade,” summed up Viktoria Zakrevskaya.

Belarus wants to take money for leaving the country

The Belarusian authorities propose to introduce a fee for crossing the border when leaving the country, writes Ukrainian Truth.

According to the draft law “On Amendments to the Tax Code,” regional councils of deputies may be allowed to introduce a local tax for crossing the border by vehicles with a maximum weight of no more than 5 tons, in the amount of no more than three base units.

“The object of collection of this fee will be a vehicle that crosses the border to exit,” said Minister of Finance of Belarus Yury Seliverstov in a comment to BelTA.

According to him, if this approach is approved, the funds raised, taking into account the pandemic, can be used for disinfection measures, providing the necessary checkpoints.

The minister recalled that such a fee had already existed before.

Safe and friendly: Belarusians have created a unique travel app

Amnesty for the capture of Lukashenko: Tikhanovskaya announced a 'people's tribunal'