Home Our people He demanded a meeting with the president: a Kyrgyzstani hung out for 13 hours on the Trump Tower in Chicago

He demanded a meeting with the president: a Kyrgyzstani hung out for 13 hours on the Trump Tower in Chicago

A man tied himself to a safety rope on the 16th floor of the Trump Tower in Chicago, Illinois and threatened to cut it if he was not allowed to speak with US President Donald Trump. The details of the incident were told by the publication Daily Mail. 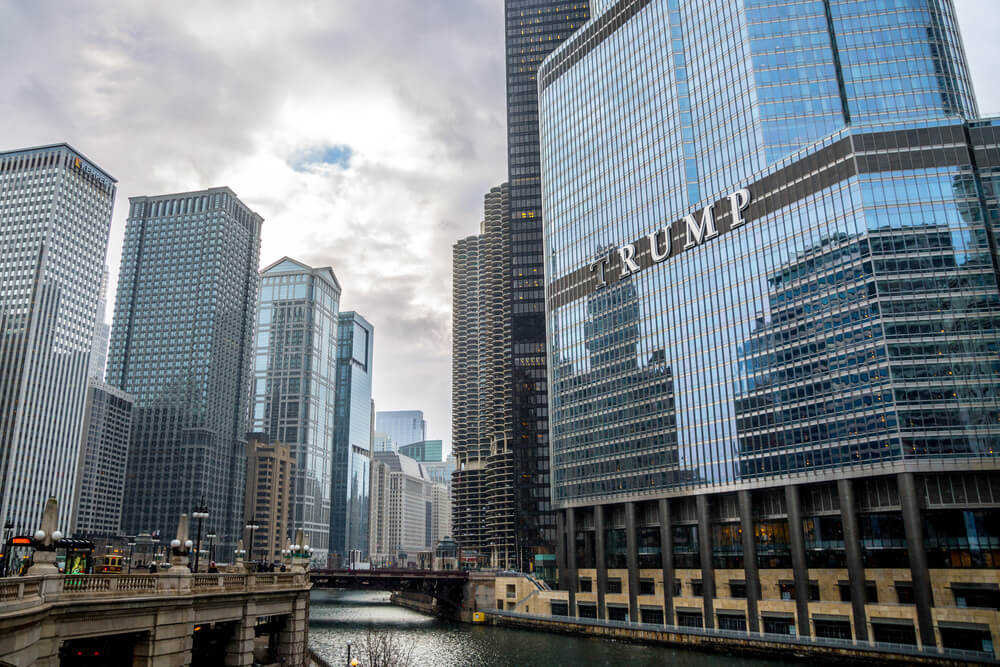 Police arrived at the scene at 17:27 pm on Sunday 18 October following reports of the incident. By midnight, the man was still hanging on the 16th floor.

The man was hanging from a rope and a seat belt and demanded to arrange a conversation with Donald Trump or representatives of the media.

Photos and videos have surfaced on social media showing a figure climbing a tower in downtown Chicago.

"CPD, SWAT and CFD personnel arrived at the scene in response to a call from an unidentified man who threatened suicide and was hanging from a rope on the 16th-floor balcony of the hotel," Chicago police said in a statement.

Police officers and firefighters arrived at the scene. The officers were also on the terrace above the man, apparently urging him to climb up.

Because of the incident, police blocked traffic around Trump Tower.

Deboshir turned out to be an immigrant from Kyrgyzstan

The main culprit of the incident was 31-year-old Edil Aliyev (although he signs his profile on social networks as Eddil Eliev). He comes from Balykchy, writes KaktusMedia.

"Hello. I am a supporter of the Black Lives Matter movement and I want to speak with Mr. Trump before the election. I don't want to die. If someone tries to pull the rope, then I will jump and die, ”the Kyrgyz citizen said in the video.

BREAKING VIDEO MESSAGE - "Hello everyone. I am a member of black lives matter, and I want to talk with Mr. Trump before the election. I don't want to die. If someone will try to pull this rope, I will jump and die. " - Man Hanging at Trump Tower, Chicago.#TrumpTower pic.twitter.com/mOb2H6nVMq

Chicago was not there at the time of the Trump incident. On Sunday, October 18, the president attended a church service in Las Vegas, NV, in the morning, and spoke at a rally in Carson City, NV in the afternoon.

"The situation was resolved through peaceful negotiations," police spokesman Tom Ahern wrote on Twitter. - Suspect in custody. No injuries. "

According to him, this person did not live in the building, and it is unclear how he got inside. The investigation into the incident is ongoing.

Commander Patty Casey, who heads the crime investigation department, said a Russian translator had been called into the building and the building staff also helped negotiate with the perpetrator of the incident.

“It really was a team effort. What could have turned into a tragedy ended in a situation that was resolved without incident. Today, the Chicago Police Department and their partners literally saved the life of this young man, ”she said.

The suspect was taken to the hospital for a mental health assessment. According to the results of the examination, this person will be charged.

Some of the man's demands were met.

“We agreed on several concessions, which, in our opinion, were safe,” the police said, “but no one was going to arrange a meeting with the president.”

With the Breeze: Take Your Breathtaking Downhill Downhill in Illinois