Home World An amazing choice of food: NATO leaders were treated to a 'Russian salad' at the summit

NATO leaders who gathered in Madrid (Spain) for a summit due to Russia's invasion of Ukraine were offered a "Russian salad". Read more about this publication The Guardian. 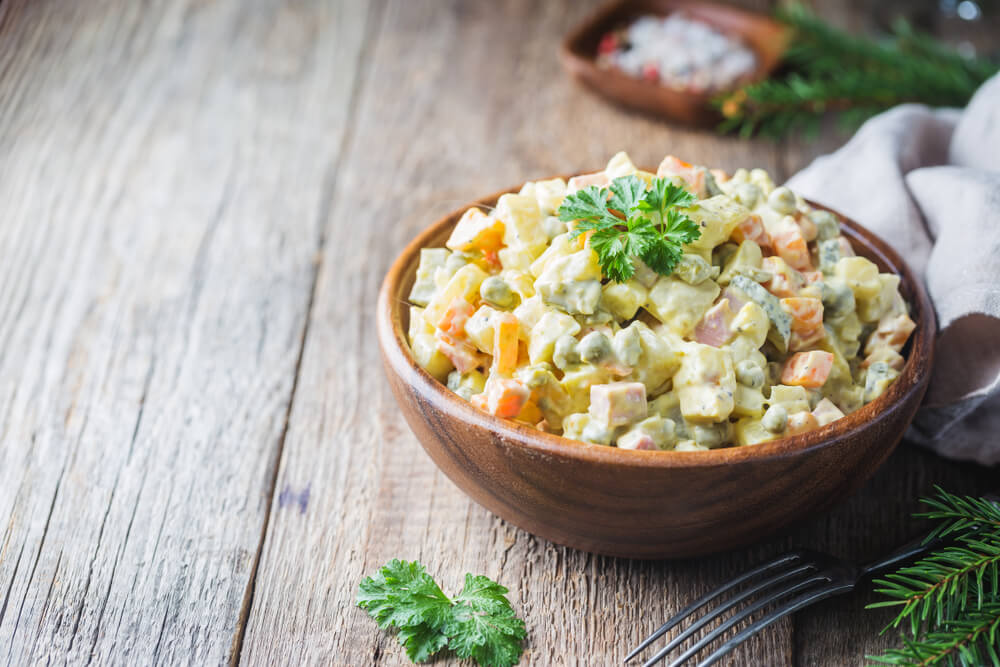 International officials and journalists were stunned when they learned that the salad — a combination of potatoes, mayonnaise and vegetables known as Russian salad (Olivier salad in the post-Soviet space) — is being sold at the summit venue.

“Russian salad at the NATO summit? I'm a little surprised by this choice of dish," said journalist Iñaki Lopez.

The name did little to dampen its popularity—the dish was reportedly sold out within hours. During the day, it was renamed, and on the menu it was listed as "traditional salad."

Spanish chef José Andrés went even further, adding tomatoes and naming the dish a Ukrainian salad in solidarity at a dinner of defense and foreign ministers.

On the subject: Six unusual recipes for Olivier for those who are already tired of the traditional version of the salad

This was a continuation of the rebranding that began last month. Then Andres announced that he would change the name of the dish in all his restaurants and join the bars and restaurants that have done so in recent months.

Among the first was Mesón Martin, a thirty-year-old restaurant in the northern city of Zaragoza.

“Friends, we have decided to change the name of the famous salad,” the restaurant said on social media in late February. “From today on our menu you will find “Kyiv salad” as a sign of solidarity with the people of Ukraine.”

This is not the first time that a Spanish product has become a victim of politics. During Francisco Franco's dictatorship, bars and restaurants often changed their name to ensaladilla nacional, or national salad, to avoid being associated with the spread of pro-communist propaganda.

This is not the first time that food has become a diplomatic pawn. In 2003, Republicans, angered by France's opposition to the invasion of Iraq, renamed French fries and French toast "French fries and freedom toast" in the canteens of the US Congress.