Home World Amazing personal experience: I tasted a soup that has been simmering for 50 years, brewed by three generations of chefs

Mariel Descalsota, a photojournalist at the Singapore bureau, spoke about the legendary Bangkok soup, which has been prepared by a Thai family for three generations, reports Insider. 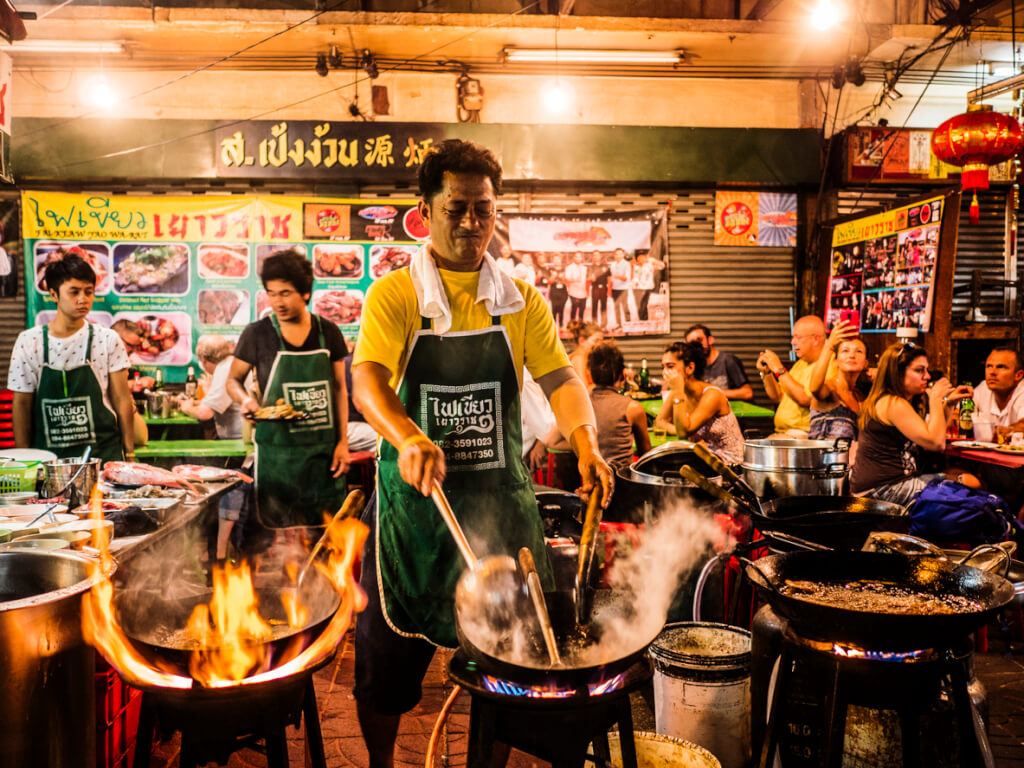 There are over 320 restaurants in the Thai capital. Bangkok is one of the most popular destinations in the world, with 000 million visitors in 2019. Many foodies travel to Bangkok for its abundance of restaurants, from street food to family-friendly restaurants to Michelin-starred establishments.

At the end of July, Mariel traveled to Bangkok to learn more about the city's food culture.

On the subject: Personal experience: I was a ghost hunter on a TV show and I know for a fact that ghosts are real, but not always

Before going to Bangkok, she heard about a legendary restaurant called Wattana Panich. The family-run restaurant is famous for its half-century-old beef and goat milk soup.

The restaurant has rave reviews online, with fans describing the dishes as "delicious and flavorful" with "a real depth of flavor that's hard to explain."

As a big fan of meat soups, Mariel decided to take the 40-minute drive from Sathorn to Ekkamai Road in central Bangkok to try one of their most popular dishes.

When she arrived at the restaurant for lunch, crowds of couriers, locals and tourists were busy studying the menu and collecting and placing orders. The cook prepared dishes in huge cauldrons of boiling soup. The aroma was wonderful, as the traveler says.

Nattapong Kavinuntavong, the owner of the restaurant, told Mariel that the woman who cooked the food was his mother. He explained that the family business has been around for three generations and that he and his parents cook meals.

“The soup has been boiling for over 45 years,” Kavinuntawong said in Thai. “We never make it new, instead we store it every night and add new ingredients and water to it every day.” He added that the boiler "never runs empty".

At the time of Mariel's visit, there were about 40 patrons at the restaurant, most of whom appeared to be locals and tourists from across the region.

Mariel glanced at their menu, which Kavinuntavong said was influenced by Chinese cuisine. Family of Thai-Chinese origin.

The restaurant had about a dozen menu items, including the most popular dishes, goat stew in Chinese herbs and beef noodle soup. Kavinuntavong explained that the Chinese herbs make their soup different from traditional Thai broths, which use ingredients like lemongrass and local chili peppers.

Pots of meat stood in different parts of the restaurant, including right on the street, by the sidewalk. Some meats used in the soup include goat and beef (sometimes it can be buffalo).

“The interior of the restaurant was old fashioned, colorful and cluttered. A dozen helpers helped prepare the ingredients at the back of the restaurant, where everything from crockery to kitchen utensils was stored,” says Mariel.

The ingredients were cooked on the stove before being mixed into the simmering soup. There were also large rice cookers that prepared rice for meat dishes.

Over the years, the restaurant has received dozens of awards, and Michelin guide signs hung on the wall.

The walls of the restaurant were decorated with certificates, newspaper clippings and framed photographs of the monks.

“After a 10-minute wait, they brought my soup. I chose the very first dish on the menu: goat stewed in selected Chinese herbs. It reminded me of a popular dish in Singapore and Malaysia called bak ku te, or pork rib soup. The broth, which is more than twice my age, was the most delicious dish I ate during my reporting trip to Thailand, she says. The dish was fragrant and tasty, meaty but not greasy. The dish was so good that I ate it without rice or other dishes accompanying it. And the meat was one of the best I've ever eaten. I ate the meal in a few minutes."

She also ordered a bottle of rosella juice, which is made from the hibiscus flower. Mariel says it was the perfect pairing with the hearty broth, light and refreshing.

She paid 200 baht, or $5,6 for the goat broth and juice, much cheaper than her $50 bill at another popular Bangkok eatery, Jay Fai.

“My visit to Wattana Panich exceeded all my expectations. I am not new to trying unusual foods, but rarely do I get so much pleasure from it, says Mariel. -Kawinuntawong and his family were extremely hospitable towards me - knowing that I am a foreigner and do not speak Thai, they took the time to explain the menu to me. His daughter even helped translate his words into English. When I paid for the meal, he gave me a small but very nice discount of 50 baht, or $1,40.”

Mariel recommends that if you ever visit Bangkok, try Wattana Panich.

“The broth deserves its legendary status – I wanted the Kavinuntavong family to always keep it simmering,” says the traveler.