Home culture The amazing Latkes story: why potato pancakes are eaten on Hanukkah

After lighting a Hanukkah candle, which takes a couple of seconds, what would be logical to do next? There is! Of course there are latkes, writes CBS News. Crispy, fried, with a light aroma of onions, these potato pancakes with mouth-watering filling are popular with everyone. 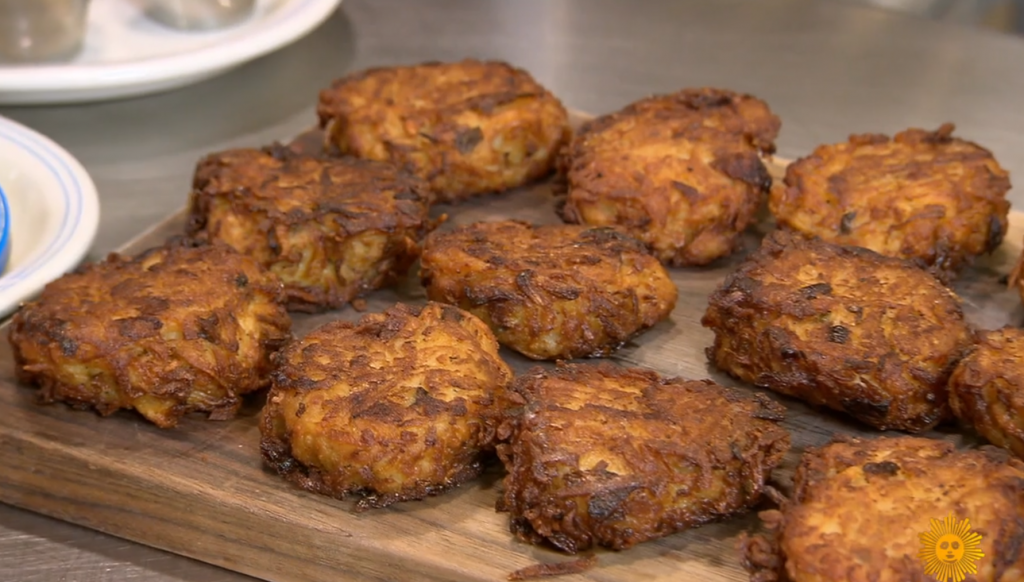 Why latkes? The simple answer is that they are designed to remind the Jews of the miracle of Hanukkah. But this story is far from simple.

In 164 BC, a devout Jew who called himself Judas Maccabee and his followers overthrew the Greek king of Syria, who was trying to impose Greek customs and religion on the people of Israel. Hanukkah means initiation.

On the subject: Hanukkah: what kind of holiday it is and how American Jews made it popular

“The holiday marks the victory of the Maccabees, who returned the temple to the Jews,” said Jane Cohen, a Jewish food historian and cookbook author. “And when they rededicated the temple and cleansed everything, they needed ritual oil for the candelabra, and the only ritual oil that was pure enough lasted only one day.”

But miraculously, the candelabrum continued to burn for eight days. Centuries later, Jews were told to celebrate Hanukkah by eating food cooked in oil. But then again, why latkes?

This is where Judith appears in history. “Judith was a wonderful widow,” Cohen said. - And she intended to tempt Holofernes, who held the city of Betulia under siege. She made a very salty pancake, levivot, and filled them with salted cheese. And Holofernes, who was about to seduce or rape her, ate them. Due to the fact that the pancakes were salty, he was so thirsty that he drank an incredible amount of wine and eventually lost consciousness - at that moment this beautiful widow chopped off his head! ”

"How is Judith related to Hanukkah?" - asked the correspondent Martha Teichner.

“This is where the weird part begins,” Cohen said. "Nobody's really sure how it got mixed up."

But it did, and in the Middle Ages, Jews in Italy ate cheese pancakes during Hanukkah.

We're getting to the topic of potatoes. Potatoes were cheap and, due to the poverty of Eastern European Jews, became a key ingredient in latkes (in Yiddish, pancakes).

Nicky Russ Federman is the owner of Russ & Daughters in New York. For 105 years, her family has been involved in Jewish food. When Teichner asked how many latkes they cook, Federman replied: “On a normal day when there are no days off, we make 1 latkes a day. During Hanukkah - 000 per day. "

On the subject: Share the Light: How to Celebrate Hanukkah Online

Latkes are made in small batches by hand.

“You communicate with your ancestors when you do this,” Federman said.

The secret of how to properly prepare latkes is to squeeze out excess liquid. 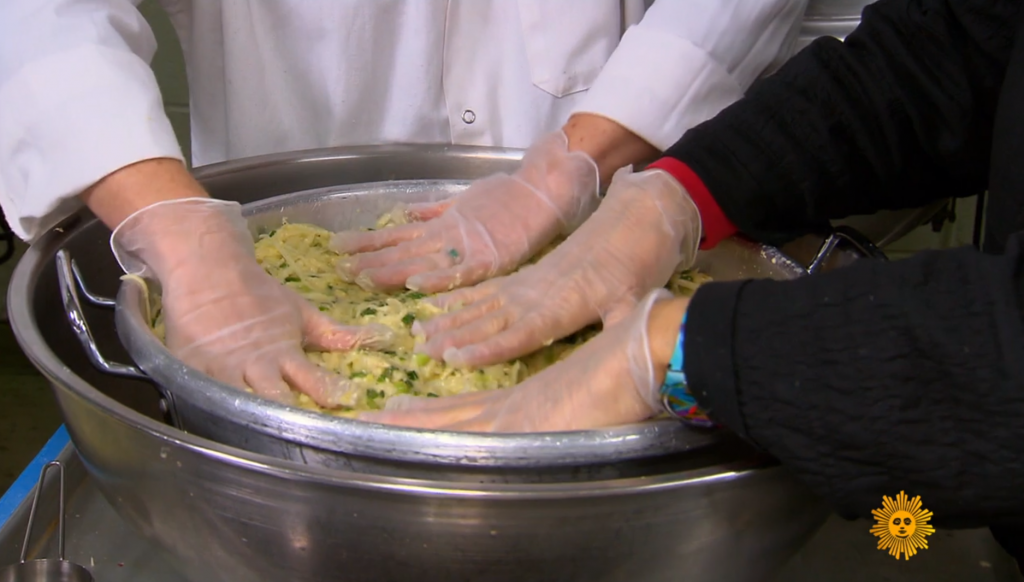 The mixture is divided into cutlets, which are first fried in a pan and then deep-fried in oil (Russ & Daughters uses canola oil, aka rapeseed oil).

Latkes need to be eaten crispy and warm.

“The story of Hanukkah and latkes is a story of perseverance and a bit of magic, and it's a universal story,” Federman said.

Hanukkah is considered a minor holiday for Jews, but it has a meaning: the Talmud, the book of the laws of Judaism, indicates that during Hanukkah there should be no sorrows or fasting. Therefore, there is no problem if the latkes are good and there are many of them.

Hanukkah: what kind of holiday it is and how American Jews made it popular

Trump signed a decree on the fight against anti-Semitism: not all Jews in the US approve of it

The routine of the miracle: what saved the Soviet Jews and what could save the Jews in the USA