Scientists have managed to grow plants in lunar soil using samples collected during the Apollo missions to the moon. This is the first time in history that plants have sprouted on Earth in soil from another celestial body. Writes about it CNN. 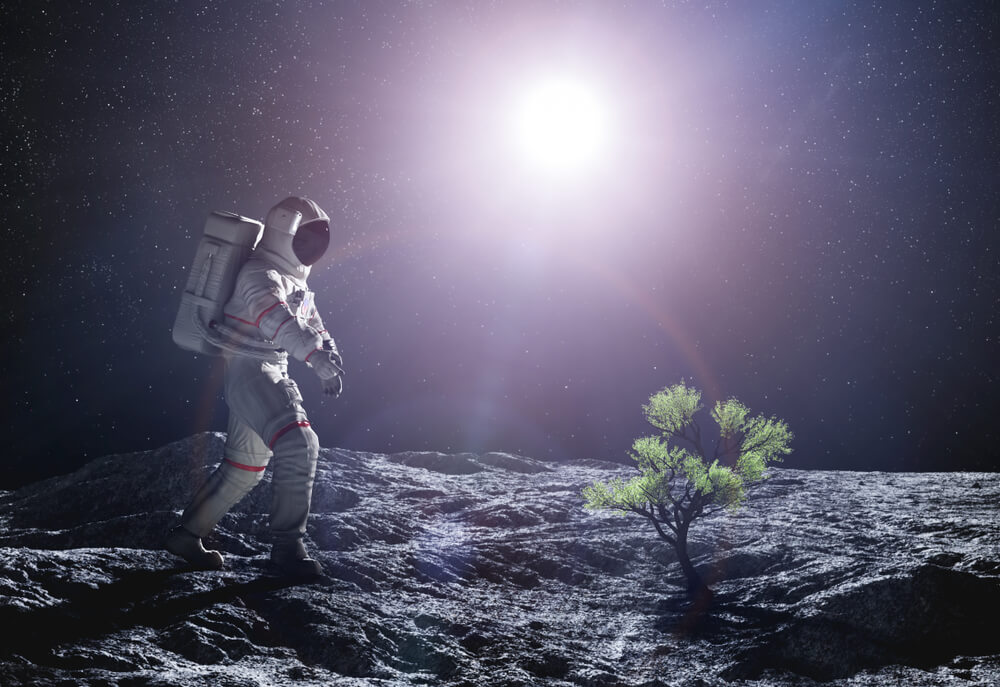 The research could lay the groundwork for growing plants that will provide oxygen and food for astronauts on the Moon. NASA hopes to land the first woman and the first non-white person on the moon's south pole by the end of this decade. This program is called Artemis.

But experiments show, among other things, how stressful it is for plants to grow in lunar regolith, or soil, which is very different from their natural habitat on Earth.

Plant samples have also been used to prove that lunar samples are not harmful to life on Earth.

“The plants helped to establish that soil samples brought back from the Moon did not contain pathogens or other unknown components that could harm terrestrial life. These plants were only covered in lunar regolith and were never actually grown in it,” said study co-author Anna-Lisa Paul, research professor of horticultural sciences at the University of Florida Institute of Food and Agricultural Sciences.

Paul and study co-author Rob Ferl, eminent professor of horticultural sciences at the University of Florida's Institute of Food and Agricultural Sciences, wanted to go even further and see if seeds would grow in lunar soil.

On the subject: Space tourism is already a reality: where to go and what to see on Mars

“For future longer space missions, we may use the Moon as a hub or launch pad,” Ferl said in a statement. “For example, what happens when you grow plants in lunar soil, which is completely outside the evolutionary experience of plants? What will the plants do in the lunar greenhouse? Will we have lunar farmers?"

This experiment has been in preparation for a long time - 15 years have passed since the researchers made their first proposal and requested lunar samples. The request was granted 18 months ago.

“It made a big difference and allowed us to go deeper into the science and also the impact of lunar regolith on plants than we might otherwise have,” Paul said.

The researchers used thimble-sized wells as pots. Typically, these trays are used for cell culture.

The scientists filled each well with a gram of lunar soil, added nutrients, water, and a few seeds of Arabidopsis thaliana, a small flowering plant native to Eurasia and Africa.

Watercress is an attractive plant specimen for researchers because its genetic code is well understood, allowing researchers to figure out how the alien soil affected the plant's genes. It has already been in space aboard the shuttle and the space station, providing the team with space data for comparison.

Seeds of Arabidopsis thaliana have also been planted in a synthetic substance that mimics lunar soil, as well as volcanic ash and other substrates from extreme conditions.

To the surprise of the researchers, almost all the seeds planted in the dark lunar soil actually sprouted and began to grow.

“We did not foresee this,” Paul is surprised. “This tells us that lunar soils do not interfere with the hormones and signals involved in plant germination.”

However, Arabidopsis sprouts showed signs of struggle as they adapted to the lunar soil.

The seedlings were smaller, grew more slowly, and varied in size compared to plants grown in terrestrial soils. The roots were stunted. And it took longer for plants to grow expanded leaves than for plants that sprouted in volcanic ash. Some lunar soil plants have developed reddish-black pigments on their leaves, which is an outward sign of stress.

“At the genetic level, plants used the tools normally used to deal with stressors such as salt and metals or oxidizers, so we can conclude that plants perceive the lunar soil environment as stressful,” said Paul. “Ultimately, we would like to use gene expression data to help decide how we can improve our stress response to the point where plants, especially cereals, can grow in lunar soil with very little impact on their health.”

The Arabidopsis plants that struggled the most were grown in mature lunar soil and they turned purple in response to oxidative stress. These soils, harvested during the Apollo 11 mission, were more exposed to the harsh space environment, and the plants grown in the Apollo 12 and Apollo 17 samples looked better.

The lunar surface is regularly exposed to cosmic rays and solar winds, it contains particles of iron and tiny pieces of glass. All of these elements can impair plant growth.

“Even the plants that looked healthy were struggling to keep themselves going,” Paul said. “They grew up in the lunar regolith, but they had to deal with it on a metabolic level to maintain their health.”

Scientists want to do more research to understand how growing plants in a lunar environment can actually change the lunar soil.

“The moon is a very, very dry place,” said study co-author Stephen Elardo, assistant professor of geology at the University of Florida. How will the minerals in the lunar soil react to growing a plant in them with the addition of water and nutrients? Will adding water make the soil more hospitable to plants?”

On the Moon, these plants could extract resources from the lunar soil, such as metallic iron, and make them available in useful forms.

Further research will help researchers determine the most efficient way to grow plants in lunar soil, as well as avoid stressors identified during the study. This time, the team wanted to get a clear picture of the nutritional value of these plants and whether they are affected by the soil.

On the subject: Everything is more complicated than it seems: how colonizers from Earth will be delivered to Mars and back

Although watercress is edible, it is not palatable and is not considered a food crop. But it belongs to the same plant family as broccoli, kale, turnips, cauliflower.

Sharmila Bhattacharya, NASA's chief scientist for astrobionics, said the discovery of plant growth was "very exciting" and said the study provides scientists with many opportunities for further development.

“We need to figure out how to make plants grow even better in this regolith substrate,” Bhattacharya wrote. “For example, do we need to add other ingredients to help plants grow? If so, which ones? Are there other plants that can better adapt to these regolith substrates, and if so, what traits make them more tolerant to these substrates? That's what's so exciting about science: every new discovery leads to more unique and transformative results in the future, which we can then use to increase the sustainability of our future space exploration missions."

Scientists see a positive result in their experiment, people are pushing the boundaries of space exploration.

“It's amazing that the plant is still living in such harsh conditions,” said Elardo. "It's stressed, but it's not dying."

“When people move as civilizations to stay somewhere, we always take our agriculture with us,” Ferl concluded. “The idea of ​​a lunar greenhouse is an explorer’s dream.”