Scientists have found that supplementing your diet with Ascidiacea marine organisms, known as ascidians, reverses some of the main signs of aging. Read more about this publication sciencedaily. 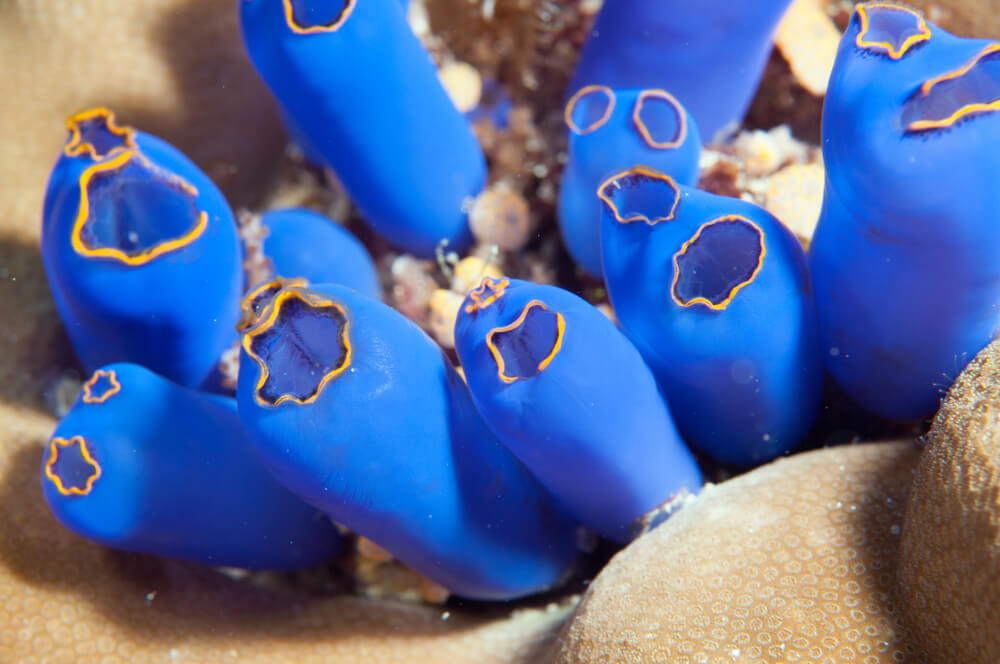 While the Fountain of Youth (a mythical spring that restores youth to anyone who bathes in it or drinks from it) is clearly a fiction, scientists are working hard to find real ways to combat aging. Some of them have already made a breakthrough: they found that adding ascidians to the diet reverses some of the main signs of aging.

While more research is needed to test the effect in humans, since the study was done in mice, the results are very promising.

If you ever look in the mirror and see graying hair and wrinkles, or find it difficult to remember the name of a close friend, you may need a drug that can stop or even reverse the effects of aging.

This may not be such a dumb idea, according to a new study. Researchers from Xi'an Jiaotong University-Liverpool, Stanford University, Shanghai Jiaotong University and the University of the Chinese Academy of Sciences have found that adding the marine organism Ascidiacea, known as sea squirt, to the diet reverses some of the main signs of the disease.

They are eaten raw or used in Korean cuisine recipes (where they are known as meongge or 멍게) and Japanese (hoya or Squirts). These marine animals contain plasmalogens vital for the processes of the human body. Plasmalogens are naturally found throughout our body, especially in the heart, brain, immune cells, but their number decreases with age. This loss is characteristic of various neurodegenerative diseases, including Alzheimer's and Parkinson's.

Professor Lei Fu, author of the study, says: “Our study shows that plasmalogens can not only stop cognitive decline, but also reverse cognitive impairment in the aging brain. In addition, the old mice treated with plasmalogens grew new black hair that was thicker and shinier than the old mice that did not receive the supplement.”

This study shows for the first time in detail how plasmalogens affect brain aging.

The effect of plasmalogen supplementation on learning and memory was evaluated by training mice to navigate the Morris water maze, which consists of a pool of water and a platform that acts as a resting place. Mice don't usually like to swim, so after five days of training they remember where the platform is and swim straight to it as soon as they enter the pool. On the other hand, older mice take longer to find the platform after the same amount of training.

Surprisingly, older mice behave better than younger mice when fed plasmalogens. They find the platform much faster than a control group of older mice that weren't given the supplement.

To find the reason for the improvement seen in plasmalogen-fed mice, the researchers took a closer look at the changes taking place in the brain. They found that mice fed a plasmalogen supplement had more and better synapses (connections between neurons) than older mice that weren't given the supplement.

Synapses are a fundamental part of our neural networks and therefore are critical to learning and memory. Our synapses tend to be very plastic during childhood, but they decrease in number and deteriorate with age and neurogenerative diseases, leading to cognitive impairment.

Another characteristic of aging that is considered an important factor in neurodegeneration is inflammation of the brain. Too much inflammation can have a negative impact on cognition as the brain's immune system becomes overactive and turns on itself, attacking neurons and preventing synapses from functioning properly.

In this study, inflammation in older mice was significantly reduced in those receiving plasmalogen supplements compared to those on a normal diet, providing some insight into why they performed better on tasks.

While it is still unclear how plasmalogen dietary supplements cause such significant changes in learning and memory, Professor Fu speculates on possible routes of action.

“We found that plasmalogens significantly increase the number of molecules that promote the growth and development of neurons and synapses in the brain. This suggests that plasmalogens may promote neuroregeneration,” he explained. – There is increasing evidence that plasmalogens directly affect the structural properties of synapses. Plasmalogens can increase the fluidity and flexibility of synaptic membranes by influencing the transmission of impulses between neurons.

In addition, Prof. Fu says, plasmalogens can have indirect effects on our brains.

“Some studies have shown that dietary plasmalogens affect microbes in the gut. It has been widely reported that the connection between the organisms in our gut and our brain affects neurodegeneration. It may be the effect of plasmalogen on this link that causes the learning and memory improvements seen in this study,” he noted.

Professor Fu is so convinced of the results of this study that he takes a daily plasmalogen supplement.

“For the first time, we show that plasmalogen supplementation may be a potential intervention strategy to halt neurodegeneration and promote neuroregeneration. Oral plasmalogens could be a viable therapeutic strategy to improve cognitive performance in older adults,” he notes.

So, a youth pill may not be so unrealistic if it contains sea squirts.

Israel has identified seven commandments of longevity: what you need to live to 100+ years

How to Handle Money Properly: 21 Tips from a Harvard Professor

Hurricane Ian will hit Florida: which areas will be evacuated

Hurricane Ian will hit Florida: which areas will be evacuated