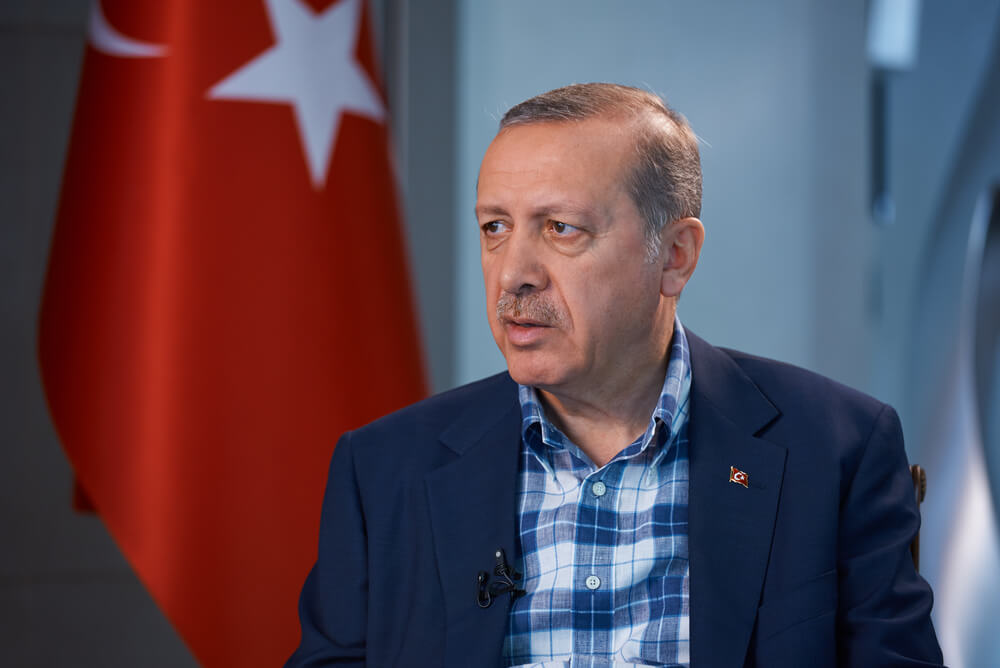 “Our parliament can also recognize the genocide of the Indians. How can you keep silent about this when you talk about America? This is a dark page in US history, ”the Turkish leader said.

Erdogan also added that US President Donald Trump should not use the events of 1915 to pursue his domestic policy and "not to sacrifice relations between the two countries." According to him, such decisions can be made by historians, not politicians.

30 October House of Representatives recognized genocide of Armenians in the Ottoman Empire. 12 December US Senate unanimously adopts resolution. The Turkish Foreign Ministry condemned this initiative, noting that the decision "is devoid of any historical or legal grounds."

The mass killings and deportation of Armenians, organized by the authorities of the Ottoman Empire, lasted from 1915 to 1923. According to various sources, about 1,5 million people were killed during this period. Many countries recognized the Armenian Genocide, including Russian Federation. Turkey opposes the use of the term "genocide", arguing that in 1915 there was a civil war in the Ottoman Empire and all parties suffered heavy losses.

On the subject: On the mural 1937, found an Indian with a smartphone

Native American demographic catastrophe is considered a decrease in the number of indigenous people of America as a result of actions European colonialists and their descendants, including extinction from diseases brought by them.

During the revolutionary war (1775-1783) and after United States Declaration of Independence (1776) armed clashes between settlers and Indians were not uncommon. Some of them were especially cruel and tragic, and because of this they received wide publicity.

In 1825 year US Supreme Court in one of the solutions formulates Doctrine of discoveryaccording to which the right to “open” lands belongs to those who “discovered” them, and the indigenous population retains the right to reside on them, but not the right of ownership. On the basis of this doctrine already in 1830 in the United States was adopted Indians Relocation Actwhose victims Five civilized tribes (Cherokee, chicaso, Choctaw, screams и seminole ).

February 26 1860 years on the island Indian islandoff the north coast California six locals, landowners and businessmen, arranged massacre of indians tribe viyotkilling with axes and knives at least 60, and possibly more than 200 women, children and the elderly.

29 December 1890 years in the vicinity of the city Wounded ni (South Dakota) as a result shootoutthat began due to an accidental shot during the disarmament of the tribe lakota US Army, killed about 150 Indians, and about 50 were injured.

В XIX century took place large-scale extermination of bisonweakened many tribes prairie. According to researchers, in 1800 the number of bison was 30-40 million animals, and by the end of the century they were almost completely exterminated: less than one thousand remained.

American general Philip Sheridan wrote: “The bison hunters have done more in the last two years to solve the acute problem of the Indians than the entire regular army in the past 30 years. They destroy the material base of the Indians. Send them gunpowder and lead, if you like, and let them kill, flay the skins and sell them until they kill all the buffalo! ” Sheridan's congress proposed to establish a special medal for hunters, emphasizing the importance of extermination of bison. Sheridan is also the author of the saying, “A Good Indian is a Dead Indian.”

On the subject: Why Thanksgiving is celebrated on the fourth Thursday of November

В 1850 years at the first session State legislature California accepted "Indians Management and Protection Act”, Which outlined the principles of future relations between whites and Indians.

Providing the Indians with some legal protection, the Act nevertheless recorded the inequality of whites and Indians before the law and laid the foundation for widespread abuse regarding the use of Indians as labor, although allowing them to live on private lands.

During the years 1851 and 1852, the California Legislature approved $ 1,1 million for arming and maintaining police units to "suppress hostile Indians." These payments, theoretically aimed at resolving conflicts between whites and Indians, only stimulated the formation of new volunteer squads and an attempt to destroy all Indians in California.

In 2009 was Congress included a defense apology law statement formally apologizing to US Indians for "the many incidents of violence, abuse, and neglect suffered by indigenous people by United States citizens."

It is impossible to establish the exact number of victims, because the population is unknown before the arrival of Columbus. However, a number of Native American organizations and historians in USA argue that the number of Indians with 1500 years to 1900 decreased from 15 million to 237 thousand

It is believed that the population of America before the discovery of the Europeans ranged from 40 to 100 million people.

Why Thanksgiving is celebrated on the fourth Thursday of November

The power of youth: Time named man of the year

Immersion into the Past: Amazing American Museums of 'Live' History