Home In the U.S. Trump Returns: Why Republicans Need Him

Trump Returns: Why Republicans Need Him

45th US President Donald Trump has abandoned plans to create his own party. Now he is preparing to become the sole leader of the Republicans while maintaining his status as one of the most influential politicians in the country. The edition told in more detail with the BBC. 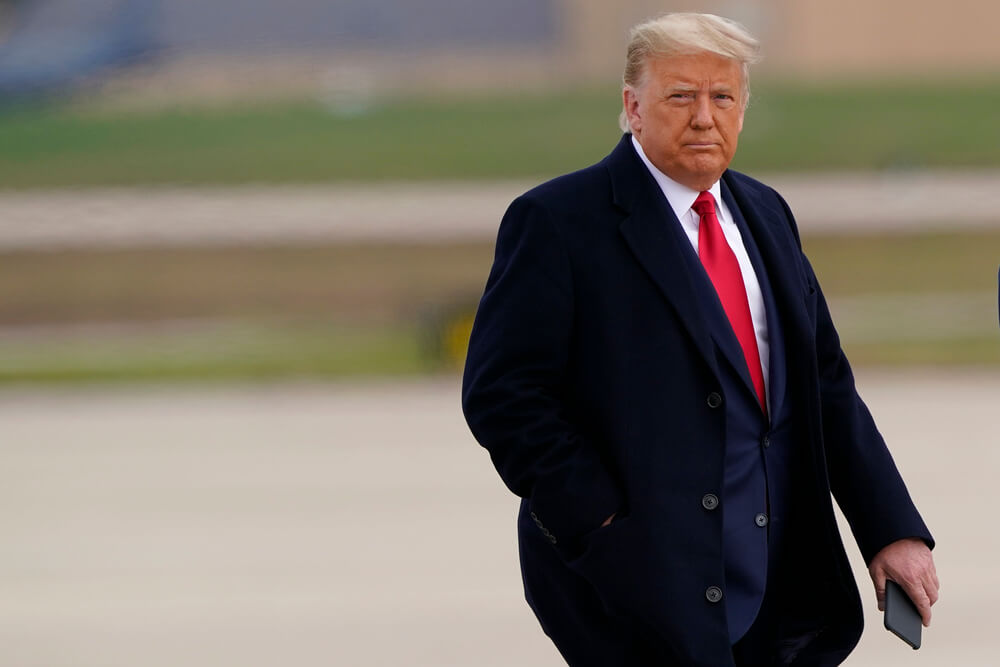 Less than three weeks later, relations between Trump and the Republican Party cooled. After the storming of the Capitol on January 6, Republican leader in the House of Representatives, Kevin McCarthy, said that the president "should be held responsible" for orchestrating the insurgency in the capital of the country, and urged him to publicly admit his guilt.

The head of the Republicans in the Senate, Mitch McConnell, who for the past 4 years has supported Trump in everything, also did not hide that he was outraged by the actions of the outgoing president, and publicly said that it was he who provoked his supporters to storm. Vice President Mike Pence defiantly did not show up at the farewell ceremony for his former boss, but went instead to the inauguration of the new US president.

In this regard, Trump's ratings collapsed before our eyes - according to the latest polls, less than 38% of Americans approved of his actions. According to local election commissions, after the events in Washington on January 6, 30 Republican voters officially refused to support the party and went over to the Democrats.

Trump, in turn, did not hide his grudge against former associates. According to media reports, the last straw for the former president was the demarche of ten Republicans in the House of Representatives who supported the impeachment. Prior to that, not a single representative of the Republican Party in Congress had voted to remove the president from power.

On the subject: Capitol storm star ready to testify against Trump in impeachment case

According to the Wall Street Journal, before leaving Washington, Trump even discussed with his advisers plans to create a new political party called the Party of Patriots, which was supposed to compete with the Republicans.

True, a week later it turned out that Trump had no need to create a new party.

Several influential Republicans (who criticized the president and who tried not to comment on the January 6 events in any way) publicly spoke out in support of Trump.

The head of the National Committee of the Republican Party, Ronna McDaniel, who had previously tried not to comment on the events of January 6 in Washington, unexpectedly issued an official statement in which she called Trump's impeachment announced by Congress unconstitutional.

“The vendetta announced by the Democratic leaders against President Trump has always included impeachment, and many of them promised to do so even before he took office,” she said and stressed that this initiative will only “distract Congress from important issues of concern all Americans. "

The very next day after the release of this statement, the leader of the Republicans in Congress Kevin McCarthy, who recently called on Trump to take responsibility for the attempt to storm the Capitol, held friendly talks with the 45th president at his golf club "Mar-o-Lago" in Florida ...

During the conversation, according to the official statement, both politicians promised to "work together for the victory of the Republican Party in the 2022 midterm elections."

“A united conservative movement will allow our citizens to unite to defend freedoms in our country as well,” the congressman said in a statement.

“We need each other,” said Arkansas Republican Committee member Jonathan Barnett. “We need him, his advice and his voters. But he cannot do without us either. "

Traditionally, retired American presidents try not to get involved in politics. Barack Obama, for example, for four years did not comment on Donald Trump's actions in any way, only allowed himself a few harsh statements during the recent elections.

The 45th President of the United States broke this tradition, barely having time to leave the White House. Just days after that, Trump's political committee, Save America, issued an official statement in support of the candidacy of former presidential press secretary Sarah Sanders during the election for governor of Arkansas.

The advisers did not hide the fact that Trump intends to take an active part in the 2022 election campaign and has already compiled a list of several dozen candidates for seats in Congress and Senate, whom he is going to support.

"The disagreements between Trump and the Republican leaders have not gone away, but it is simply not profitable for them to continue this confrontation," explained Columbia University professor Richard Frolick. - Yes, after the events of January 6, several thousand supporters left the Republican Party, but in November, 74 million voters voted for Trump. Republicans are well aware that without these votes they will not be able to win any elections, and therefore they are forced to cooperate with Trump. "

The fact that the leaders of the Republicans chose to forget about their recent claims against Trump, political scientists explain by the "character traits" of Trump himself.

On the subject: Trump opened the 'office of the former president' in Florida: what will he do

“He never concealed that he would take revenge on anyone who tried to stop him somehow,” said Marvin Kalb, an expert at the Brookings Institution in Washington. “Even after he left Washington, after being stripped of his main mouthpiece, Twitter with 80 million followers, Trump made it very clear to his supporters and opponents that he was not going to give up this revenge.”

According to the sources of several American publications at once, when the House of Representatives announced the second impeachment of Trump, the advisers to the 45th president made a list of politicians who fell into the category of personal "enemies" of the ex-head of the White House. The first on this list were the names of 10 Republicans in Congress who supported impeachment. In addition, the list of personal opponents included the Governor of Georgia Brian Camp, who refused to reconsider the election results in the state, Senator Lisa Murkowski from Alaska, who demanded that Trump voluntarily resign, and some other politicians.

One of the main "enemies" was a member of Congress from Wyoming, daughter of former US Vice President Liz Cheney, who is considered the third most powerful legislator in the Republican hierarchy in the House of Representatives. She also supported impeachment.

By order of Trump, Congressman Matt Gaetz went to Wyoming at the end of January to speak at a specially organized rally against Liz Cheney. At the same time, the 45th President's campaign staff conducted several public opinion polls, which were supposed to demonstrate an extremely low level of support for Cheney.

"Her decision to support the impeachment of Trump makes her electoral position extremely weak," said one of the social scientists at John McLaughlin's headquarters in a special statement. "Strong voter sentiment suggests that the positions of other Republicans who voted to impeach will also be undermined."

The first dog from a shelter in the White House: what makes Biden's pets remarkable

Trump may be banned from living in Mar-a-Lago: he allegedly violates an obligation made 28 years ago

Trump's immigration promises: what he managed to fulfill in 4 years of presidency