Home In the U.S. Trump did not give Nancy Pelosi a plane for a foreign visit, citing the shatdaun

Trump did not give Nancy Pelosi a plane for a foreign visit, citing the shatdaun

US President Donald Trump 17 January unexpectedly refused House Speaker Nancy Pelosi to provide a military plane for a foreign trip a few minutes before a congressional delegation was to travel. 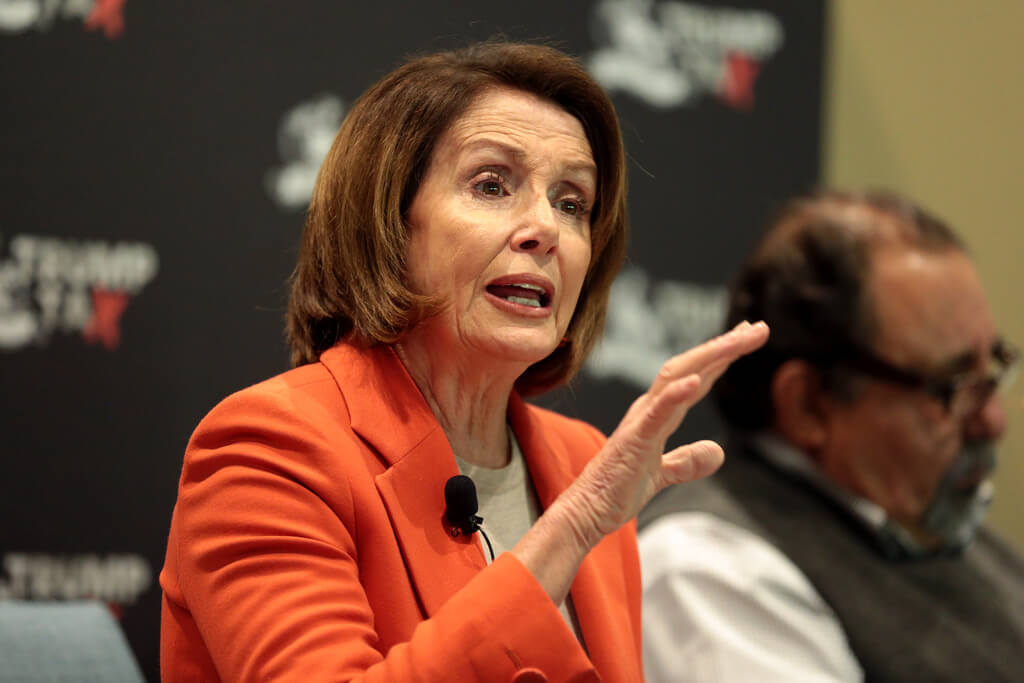 This stunning decision followed Pelosi's request to postpone the president’s annual appeal to Congress because of the shatdaun, writes Fox News.

In a brief letter, Trump told Pelosi that her trip was "postponed."

“I am sorry to inform you that your trip to Brussels, Egypt and Afghanistan has been postponed due to the shutdown. We will schedule a new time for this seven-day trip after the shutdown ends. In light of the fact that 800 American workers are not getting paid, I am sure you will agree that the postponement of this event is absolutely appropriate, ”Trump wrote.

“I also feel that during this period it would be better if you stayed in Washington and negotiated with me and also joined the Strong Border Security movement to end the shutdown. If you decide to travel on a commercial plane, this is certainly your right, ”- says the message from Trump.

According to sources, the president canceled the departure of the aircraft at the last moment before Pelosi and some other members of Congress had to go abroad. A military plane with a delegation was supposed to take off on January 17 at 15: 00 EST.

A senior White House official also told Fox News that all travels of members of Congress on military aircraft are now also delayed due to the shatdaun.

The official noted that “as soon as the president learned about today's trip, he took immediate action.” The source said that Pelosi is needed in Washington to continue negotiations, giving a chance for the opening of the government.

But Pelosi’s office criticized Trump’s move, and his representative, Drew Hammill, said that the purpose of the speaker’s overseas trip was to meet with allies and “express gratitude and gratitude to our men and women in uniform for their service and dedication.”

The leader of the majority in the House of Representatives Steny Hoyer called this act of the president "petty and petty."

“This is unacceptable for the President of the United States. But, unfortunately, now this is a common occurrence, ”he said.

The opinion of the Republicans about the decision of the president was divided.

The minority leader in the House of Representatives, Kevin McCarthy, said it was "absolutely appropriate." Senator Lindsey Graham called Trump's act "inappropriate", which he believes Pelosi's proposal to postpone Trump's appeal to Congress.

The president’s decision to cancel Pelosi’s trip followed after the Speaker of the House of Representatives demanded that the president’s annual appeal to Congress be postponed, although one of the White House officials said that Trump’s decision was not a response to Pelosi’s actions.

The president was supposed to give a speech at a joint session of the January 29 Congress, however Pelosi on Wednesday urged the president to postpone speech until the government reopens, or transmit the appeal in writing.

Recall almost four weeks ago (December 22) in the US, began shatdaun - partial closure of the federal government due to lack of funding. The congress and presidential administration cannot agree on expenses for the next year or at least several months. President Donald Trump is demanding almost 6 billion dollars to be allocated for the construction of a wall on the border with Mexico, but Congress, whose lower house is under the control of the Democratic Party after the mid-term elections, refuses to allocate this money.

Parks, museums, airports: what works and what is closed during the shatdaun