Home In the U.S. Tornado, lightning and hail: 50 million US residents at risk of dangerous weather

Tornado, lightning and hail: 50 million US residents at risk of dangerous weather

An outbreak of severe weather this week will threaten more than 50 million people from the southern plains to the southeastern United States. CNN. 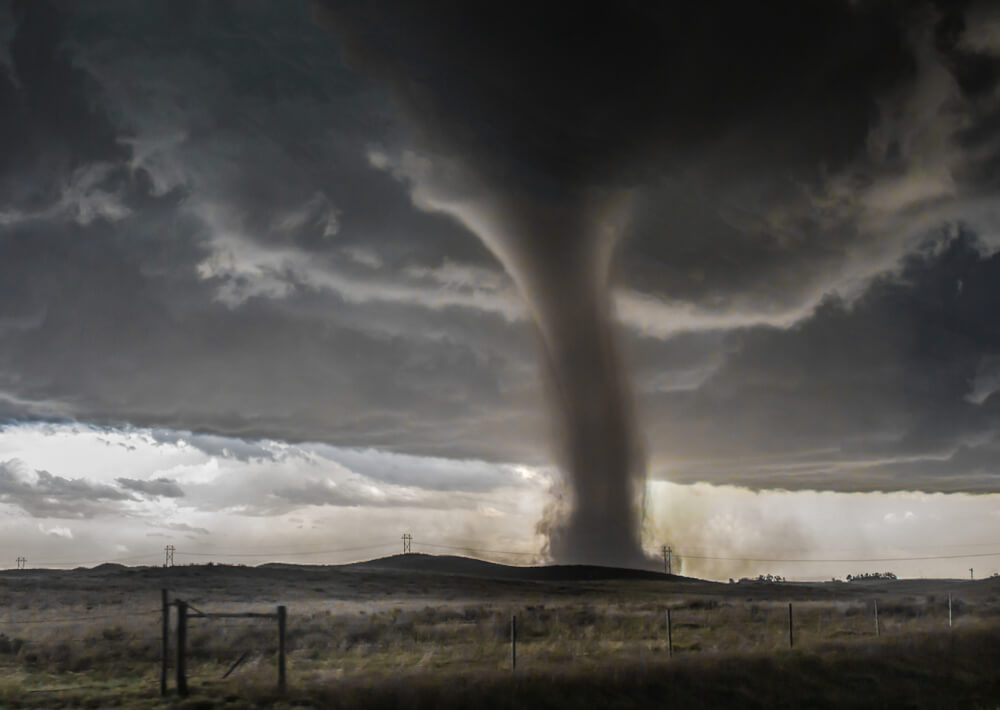 “A vast area of ​​potentially severe weather is expected on Wednesday (March 17), including the risk of heavy hail, devastating winds and multiple violent tornadoes,” warns the Storm Prediction Center (SPC).

Extended tornadoes are possible given forecast weather and environmental conditions, according to the National Weather Service (NWS) office in Mobile, Alabama.

There is also a risk of night tornadoes. It is difficult to see tornadoes on the ground in the dark, and it is these tornadoes that are more dangerous and deadly.

The system that will be responsible for these violent storms will impact the southwest, making its way through the Rocky Mountains and out into the plains by mid-week, creating an atmosphere conducive to the formation of dangerous storms.

“The air over the Gulf of Mexico is getting warmer and more humid, and rises rapidly to the north - these large-scale conditions are very favorable for severe storms. We are thinking about some details with significant tornado potential that are also visible, ”said Bill Bunting, SPC's head of forecasting.

“This is a very strong system, and we are monitoring the likelihood of severe storms as it develops and moves northeast, from the plains to the Ohio Valley,” meteorologist Jason Holmes told CNN.

On the subject: Life without fear: which states are least affected by natural disasters

The likelihood of a thunderstorm begins on Tuesday evening, March 16, for most of Kansas, Oklahoma, and northeastern and central Texas.

However, the greatest risk is likely to be on the night of the same day and will continue until Wednesday morning, March 17. An isolated tornado will be possible, especially in central Oklahoma, but the main risks will be severe hail and devastating winds.

There will also be a separate risk of several severe storms in the south during the afternoon of March 16, including parts of Mississippi, Alabama and Georgia.

“Right now, the main day in the spotlight is Wednesday. We can see a fairly widespread severe weather threat and possibly some severe thunderstorms, ”Bunting said.

Wednesday March 17th and the night of the same day will be the peak in terms of heavy thunderstorms this week. According to SPC, there is currently a "moderate risk" of severe weather in eight southern states. “Moderate Risk” is a 4 out of 5 rating in terms of its potential severity. This includes Arkansas, Mississippi, Alabama and Tennessee.

The SPC said “moderate risk” means “widespread severe storms are likely,” and other threats: tornadoes, heavy hail the size of a golf ball, and high winds of at least 58 mph (93 km / h ).

The morning series of showers and thunderstorms are forecast for parts of the Gulf Coast states. Some of these storms can be serious, but the main threat will intensify in the afternoon and continue until Wednesday night.

During daylight hours, some states, especially those with "moderate" or "increased" risk, may experience discrete isolated storms that trigger tornadoes. This will not happen in all cases, but given the favorable environment for tornadoes, it will be possible with some of them.

Then there will be the last line of storms along the cold front, intensifying in the evening off the Mississippi River and heading east through the southern states. Storms will need to be monitored for tornadoes, destructive winds and heavy hail.

By Thursday, March 18, the risk of a severe thunderstorm will shift towards the east coast of the United States. The region from central Florida to central Virginia is monitored by the SPC for this risk. According to the Storm Prediction Center, some areas are at 3 out of 5 - "high risk". So far, the exact timing and threat of storms are unknown.

Heavy storms typical of the South

Severe thunderstorms are not unusual in this part of the country at this time of year. Historically, violent tornadoes in mid-March were most common in northern Mississippi and Alabama, closely in line with forecasts for this week's storms.

“One dangerous aspect of tornadoes in the south is that they can occur in the middle of the night when people are asleep, unlike storms on Tornado Alley, which usually become less violent after sunset,” CNN meteorologist Chad Myers told CNN.

When there is a threat of severe weather in your area, it is important to be prepared.

“It is very important to heed the warning and not wait for you to receive visual confirmation (of the storm),” Bunting said. "It's time to find some ways to get alerts."

This includes setting up weather notifications on your phone. Many weather apps offer alerts based on your location, but devices also allow tornado alerts to be turned on in settings.

It's also important to know where to hide in the event of a tornado warning, Holmes said. He says that you need to go down to the lowest floor of a solid building, not a mobile home, and secure as many walls as possible between you and the outside world.

Along with a tornado, there will also likely be heavy hail and frequent lightning, so it is important to stay inside during a storm.