Top 14 Rules in English You Can Safely Ignore 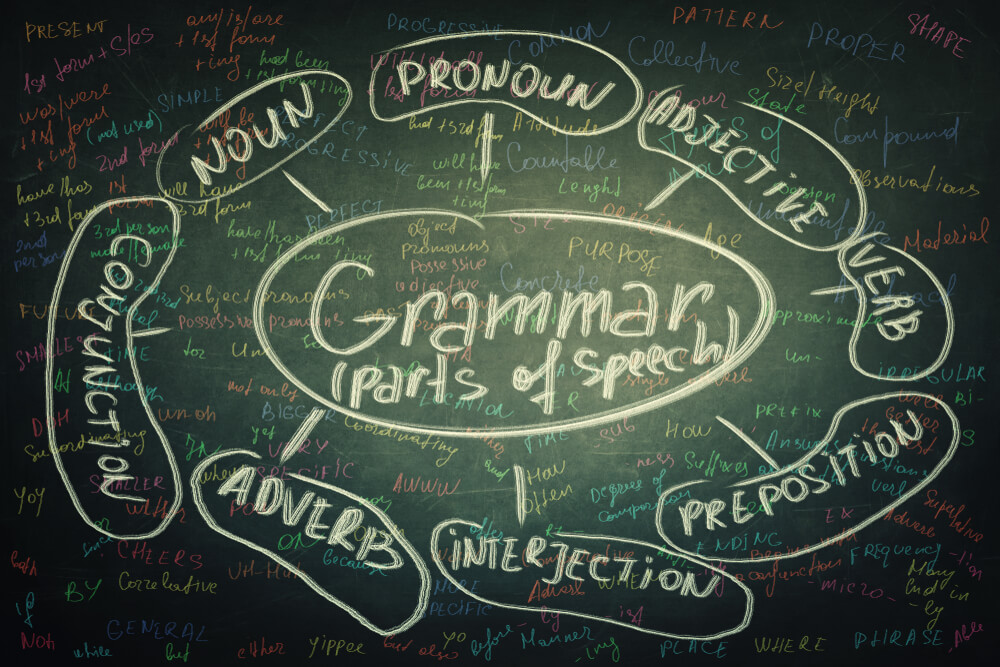 According to experts in grammar, do not get rid of the habit of starting a sentence with these words (conjuncts). “There is a widespread belief (without historical or grammatical justification) that you cannot start a sentence with the words“ and ”,“ but ”or“ so, ”experts say. - In fact, a significant percentage (often up to 10%) of sentences in first-class spelling begins with these unions. This has been the case for centuries, and even the most conservative grammarians (the scholar who studied grammar in the Middle Ages) did this.

2 myth: never start a sentence with the word “because”

Correct: Because I missed the bus, I couldn't see my dad.

Right: I couldn't see my dad because I missed the bus.

Wrong: I couldn't see my dad. Because I missed the bus.

3 Myth: Always use the article “a” before consonants and “an” before vowels

You can also use the article "an" before words that start with a consonant if the pronunciation makes it sound like a vowel.

For example: “I'm thinking of starting an herb garden” or “The Knicks are an NBA team”.

On the subject: 6 ways to learn English words so that you can reliably remember them

4 myth: never end a sentence with an excuse

Many students are taught that it is unacceptable to end a sentence with prepositions - such as “on”, “from”, “for”, “by”, “above”, “over”. But this rule is a myth. In some cases it is necessary to end the sentence with an excuse.

5 myth: always use only the word “who” in relation to people

You may have been taught that you shouldn't use "that" when talking about people. But this is not a strict rule of grammar. According to the Merriam-Webster English Dictionary, saying something like "kids that are late for school will miss math class" is perfectly acceptable.

6 Myth: Never Use “Who” When Talking about Animals

Grammar experts agree that it may be weird to call your favorite pet “it.” According to AP Stylebook, you can call an animal “him,” “her,” or “who," as long as the animal has a name, or you know its gender.

7 myth: “such as” is the only correct way to provide a list of examples

You may have heard that “such as” is the only correct way to provide a list of examples. But actually it depends on what you are trying to list.

Right: I love active dates like fishing, skydiving, and hiking.

Correct: I love active dates such as fishing, skydiving, and hiking.

On the subject: Test: how well do you know popular English phrases

8 myth: never end a sentence with a union

Oxford dictionaries say that this is another grammatical myth that can be safely ignored. They also note that in some cases, "trying to avoid union at the end of a sentence may lead to your proposal becoming unexpectedly meaningful."

You can say: “The baby has no one to play with” or “The baby enjoys being fussed over”.

This rule states that you should never put an adverb in the middle of the infinitive. Think of a quote from Star Trek: “to boldly go where no one has gone before.”. “To go” is an infinitive, and “boldly” shares it. In fact, there is no formal evidence that the separation of infinitives is wrong. The only logical reason for avoiding the separation of infinitives is that there are still many people who mistakenly think this is wrong.

While an asset is usually preferred, a liability is almost never wrong. In some cases, he evenmore appropriate. This is the difference between "Grandma got run over by a reindeer" and "A reindeer ran over Grandma".

On the subject: 15 language social networks for communicating with native English speakers

“Ie” and “eg” are Latin abbreviations, but they do not mean the same thing. Eg (exempli gratia) means “for example” and “Ie” (id est) means “in other words”.

In most cases, using double negatives can make your sentence look clumsy and confusing. But, according to the Oxford Dictionaries, there is one case where they are acceptable: when are used to make a statement more subtle. An example that Oxford uses is the sentence "I am not unconvinced". The double negative creates meaning that would not exist if the speaker simply said, "I am convinced by his argument."

13 myth: any conditional sentence is long

In elementary school, you may have learned that any long sentence is a conditional sentence. But this is not always the case, and indeed a sentence can be both long and structurally sound. The real mistake is joining two complete sentences into one sentence without separating them properly.

14 myth: there is only one correct way to add an apostrophe to “s”

Everyone knows at least one so-called grammar expert who claims that there is only one way to add an apostrophe to a word that ends in "s". But according to experts, it's just a matter of style.

Test: how well do you know popular English phrases

What exactly does it mean to be fluent in a language?