Home In the U.S. Top 10 most famous places in the USA

Top 10 most famous places in the USA

America has it all - from the abundance of beaches along two oceans and the highest peaks on the continent to the largest megalopolises in the world. That is why you can enjoy an unforgettable vacation in the USA. In addition, the amazing natural diversity and amazing landscapes create an incredible fusion with historical and architectural landmarks. And the excellent infrastructure provides wonderful opportunities for accommodation and excursions. We advise you to visit at least a few of the top ten places of interest in the USA.

Here you can see whole miles of scenery, which is breathtaking, and the majestic mountains - Hoodoo. They were created many years ago under the influence of the forces of water and wind erosion, therefore sedimentary rocks take on unusual forms, such as pillars, arches, etc.

Amazing shapes for Hood are accompanied by a beautiful combination of shades: from pale yellow to orange and reddish - which makes the views truly spectacular and inspiring. This is one of the most interesting sights of the United States, recommended for visits.

The best time to visit the park is during the winter, because the air is refreshing and clear at this time, especially when everything is bathed in the golden heat of the sunset. 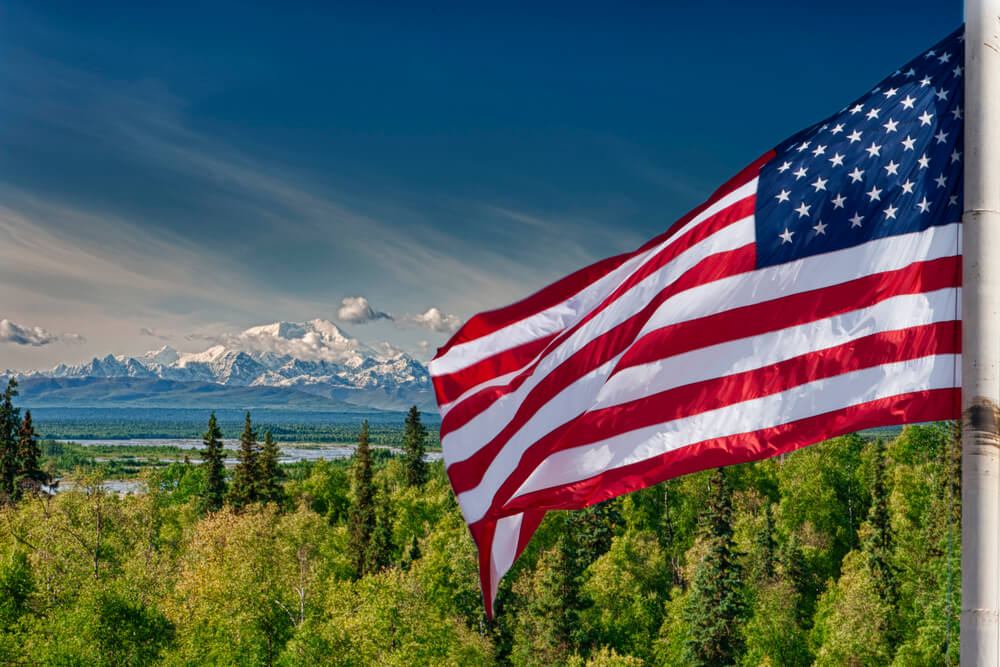 Alaska's mountain landscape is another incredible natural landmark in this collection.

The northernmost part of the United States is like a natural gem, especially in winter.

In this tale - with countless perspectives of white peaks, crystal clear blue rivers, picturesque cities and lush forests - you can forget about reality.

In southern Alaska, you can encounter the highest peak in the United States and on the continent in general. Her name is Mount McKinley (20320 ft), and it is the main attraction in the National Park and Denali Nature Reserve.

San Francisco's Golden Gate is an iconic bridge and one of the most beautiful technical masterpieces in the state of California. The bridge is located in the San Francisco Bay and connects the two peninsulas.

The Golden Gate Bridge was built in the fourth decade of the twentieth century. This is a distinctive and one of the most recognizable sights of the USA - due to its length, reddish hues and unique shapes.

The Golden Gate opens up its best prospects at night, when it rains, or when the place is shrouded in mist. And all these prospects are beautiful in their own way.

On one of the many exotic North Pacific Islands and Hawaii, you can have a truly unforgettable tropical vacation.

Admire the amazing landscape of the Pali Coast, the most beautiful natural feature on the island of Kauai. It is one of the most western Hawaiian islands, which is known for its abundance and unsurpassed tropical diversity of flora and fauna.

Pali Na Coast National Park is a natural wonder, one of the most popular local attractions. Strolling along the coast, you will enjoy breathtaking panoramic views of the endless blue ocean horizon.

Coastal cliffs stretch nearly a thousand meters in height - over a completely transparent ocean - the shapes and colors of these cliffs are unique, as are the sound of the waves.

New York is one of the largest megacities in the world and the most populous city in the United States. This is a very impressive city, and impressiveness concerns everything that surrounds you in New York City.

One of the biggest attractions in New York is the countless lights of giant skyscrapers in Manhattan, creating such a charming mixture of light and color that the night turns into a day.

Just imagine the brightly lit high skyscrapers, the lights of which are magically reflected in the water mirror of the Hudson River ... Many photographers have already tried to convey this beauty, but no photos compare with the real spectacle. 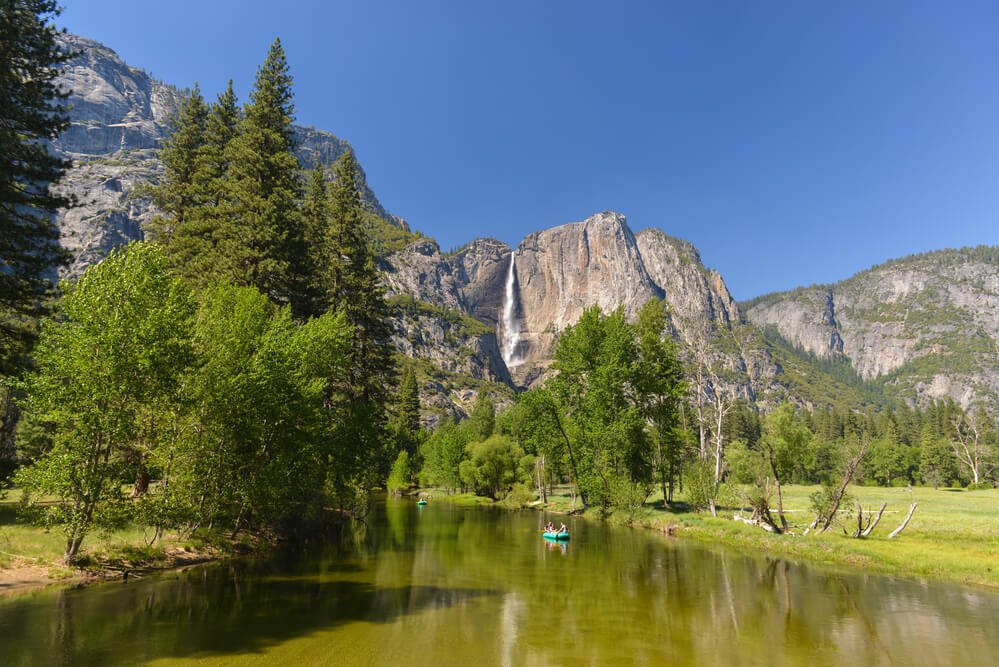 In the heart of California, in Yosemite National Park, you may encounter yet another wonder of nature. Numerous waterfalls - and each is special. The most impressive of them is the fire waterfall Yosemite, which received its name from an ancient ritual. The atmosphere here is inspiring, romantic and charming.

Also located in California is the iconic Big Sur Coast with almost vertical coastal cliffs that rise right on the edge of the raging ocean waves.

The landscape here is like no other. It is possible to make a boat trip - the best choice for panoramic coastal exploration. A short trip or a hike to the top of these magnificent cliffs will give you a unique opportunity to listen to the sound of the waves and take stunning photos. 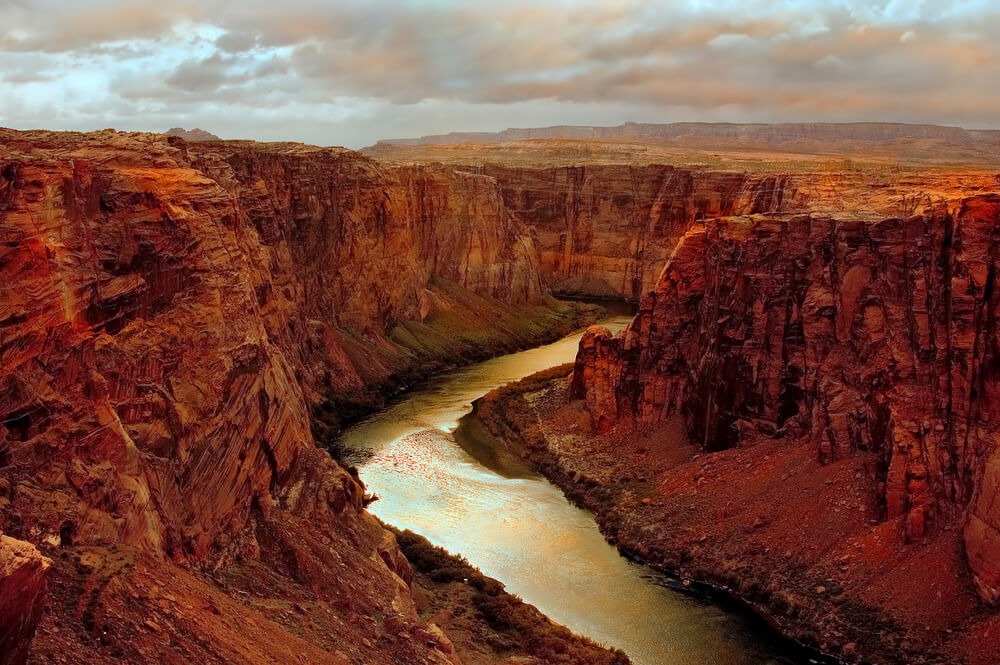 One of the "Seven Natural Wonders of Nature", the Grand Canyon National Park is a real treasure in Arizona and the United States.

At an altitude of over a thousand meters above sea level, you can pamper your imagination with stunning panoramic vistas.

Here the Colorado River beautifully forms the Grand Canyon. This is definitely one of the most tempting places you should see in the USA. Such attractions are the hallmark of the country.

There are a lot of opportunities for tourism and excursions, you can easily find what you like and fit.

Death Valley, like many other US landmarks, is also located in California.

California is obviously one of the most beautiful American states, but this valley is a place you cannot miss.

First, in the Death Valley is the lowest point on the continent. Secondly, the highest air temperature in the world is recorded here.

Pale yellow dunes and huge mountain ranges rise majestically under bright rays of light. Despite its name, Death Valley is beautiful and diverse in terms of flora and fauna.

Las Vegas is another American giant city where it can be lighter at night than during the day.

This iconic city is famous for its giant hotels and world famous casinos.

At night, the “gambling capital of the world” bathes in bright night lights. The panoramic vistas are great and the streets in the city center are filled with thousands of tourists and entertainment enthusiasts.

To see Las Vegas should every tourist traveling in the United States.

Grand Canyon: What you need to know about the main natural attractions of the United States

Ten US cities with the most unusual architecture