Home Page In the U.S. Technology is aging too, or how NASA retirees saved the Hubble telescope

Breathtaking images of galaxies, planets and constellations. In just 31 years, there were more than one and a half million! And if not for former NASA employees, the Hubble telescope could already become history, reports DW. 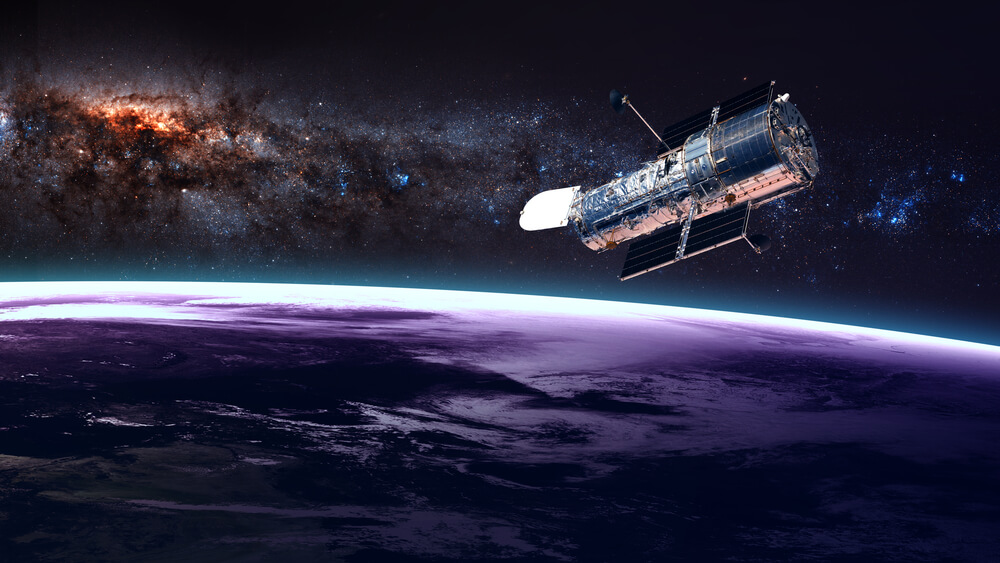 This story is worthy of adaptation! The Hubble Space Telescope, an automatic observatory in orbit around the Earth (at a distance of about 550 km), has photographed more than one unique space event during its 31 years of flight inside the solar system. It was originally planned that the Hubble will serve science for only 15 years. But he continues his flight to this day - and has already taken more than 1,5 million mesmerizing pictures! This flight was not without malfunctions, malfunctions happened quite often.

The on-board computer stopped responding to commands on June 13, 2021, as a result of which all scientific instruments were automatically put into standby mode. All attempts of scientists in NASA restarting the computer and resuming scientific observations were unsuccessful.

It seems that there was no reason for panic. After all, almost all the important elements in the Hubble telescope were also created in a backup copy - just for such an emergency. There was also a backup memory module in it. However, since the launch, which dates back to the distant 1990, no one has resorted to a backup copy. In addition, to turn on such a computer, you still need a little more than just pressing the "On" button. NASA didn't know how to start the backup process. How is this possible? Let's imagine you have a box of family vacation memories in your garage. It contains films shot with a camera (!) From your travels with your parents to the sea. And you start to remember if there is still a projector or a device in the house on which these films can be viewed. A trivial example, but it just clearly shows how quickly technology and our knowledge become obsolete.

On the subject: Girl Ilona Mask wore jewelry from a Russian designer to a cult party in New York

For the entire mission of the Hubble telescope, such a breakdown could mean not just a failure, but the end of the flight. The head of the crisis headquarters for the rescue of "Hubble" urgently gathered the former employees of NASA. After all, in order to repair the telescope, built in 1980, it was necessary to resort to the help and knowledge of the employees who stood at the origins.

More than 50 people were involved in the rescue action, which lasted for two weeks. Current and former NASA employees first tried to localize the problem. Some retired scientists still remembered (by heart!) Combinations for commands and data processing. Others were able to find the information they needed in technical documents 30 or 40 years ago.

Transfer of knowledge from the past

“This is one of the main advantages of the program, which has been operating for over 30 years, - an unprecedented array of knowledge and experience!”, - says Zinga Tall. According to her, such mutual assistance and symbiosis of old and new knowledge were very inspiring.

Step by step, the scientists worked through the restart of the on-board computer in the simulator located in the control center, while the telescope itself was functioning in a safe mode. And on July 15, 2021, NASA engineers were able to successfully launch backup equipment. The five-week pause ended, and already two days later, Hubble took new breathtaking images of galaxies! The telescope is back in service, thanks to NASA retirees.

Elon Musk sent tourists to Earth orbit for three days: how they live in space