Home In the U.S. Bezos's mistress's brother received $ 200 thousand for the transfer of the sister's correspondence with the billionaire to the press 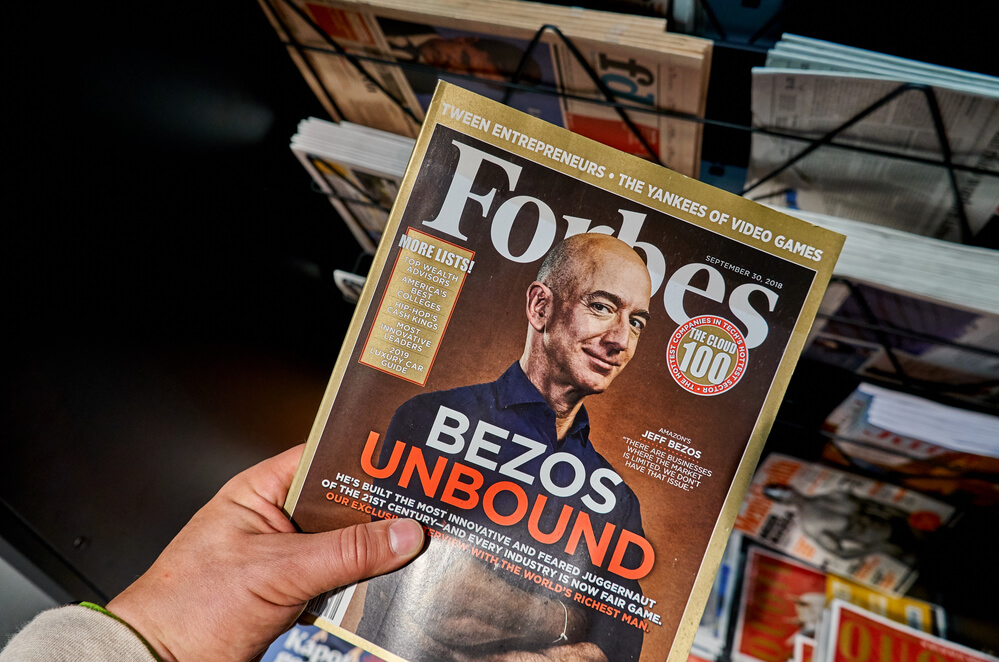 The tabloid paid the money to Sanchez on an advance contract with the condition that he could use text messages and photographs of the couple in the future, and in January 2019 published an article about the Bezos novel and TV host Loren Sanchez on the 11 pages.

According to the publication, Michael Sanchez has long been the source of the National Enquirer. He began secretly telling journalists about his sister's relationship with Bezos last fall. Sanchez and the Enquirer signed a contract on this October 26.

Alquin Enquirer, Cameron Strecher, included an advance payment in the contract to prove that the story would not be the so-called “catch and kill” operation, as was the case in 2016 with the story associated with Trump and his alleged lover. In the 2016 year, during the presidential campaign, AMI Holding bought the rights to the history of the former Playboy model Karen McDougal. She was ready to talk about her connection with Donald Trump, but not a single publishing house of the holding gave the story of this story, in fact, having buried her. This practice is known as catch-and-kill. The transaction amount was $ 150 thousand.

In a report on the betrayal of the wife of the richest man in the world, the Enquirer included several text messages between Bezos and Lauren Sanchez.

“I love you girl! And very soon I will show you this with my body, lips and eyes, ”wrote Bezos Sanchez in April 2018.

Bezos brought in his security consultant and began investigating how the tabloid obtained his personal information.

The head of American Media Inc., which publishes the National Enquirer, David Pecker was outraged by the Bezos investigation and asked the editor-in-chief of the publication Dylan Howard to write a letter to Bezos threatening to publish nude selfies of the head of Amazon if he did not stop the investigation.

In response, Bezos posted a blog titled “No, thank you, Mr. Pecker,” on Medium, where he spoke about the threat from the tabloid.

“Of course, I do not want my personal photos to be published, but I will also not participate in the widely known practice of blackmail, political favors, attacks and corruption, which the publication is known for,” Bezos wrote.

Note from January 2019, Jeff Bezos leads the divorce proceedings with his wife Mackenzie, with whom he had been married for 25 years. After the divorce, Mackenzie can lead the ranking of the richest women in the world. Forbes estimates Bezos's fortune at $ 131 billion

The woman became the youngest billionaire in history: Forbes rating

Sklamping: how to save hundreds of dollars on airline tickets

The Kentucky schoolboy family sued The Washington Post for $ 250 million

The richest businessman in the world, Jeff Bezos, declared blackmail