Two students from the USA, Avi Schiffman and Marco Burshtein, created a very successful website in three days to find free housing in other countries for refugees from Ukraine, reports TheWashington Post. 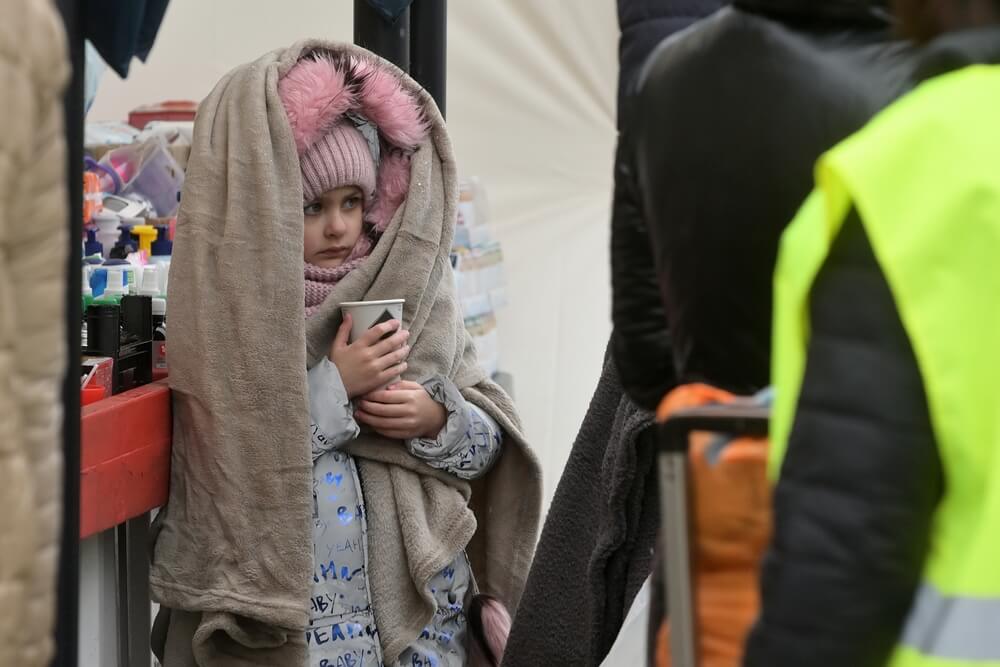 Avi Schiffman climbed into bed after participating in a demonstration against Russia's war in Ukraine in San Diego, but sleep did not come.

“I couldn't stop thinking about how I could help,” said Schiffmann, 19, a Harvard student who came to San Diego during a semester break. “I wanted to do something that would have an instant effect.”

Two years earlier, when he was 17, he developed the ncov2019.live website to track the spread of the coronavirus around the world. The site was so well received that Anthony S. Fauci presented Schiffmann with an online Webby Person of the Year Award in 2020.

On the subject: The world began hunting for the assets of Russian oligarchs: how many of them are in the USA

Schiffman suddenly sat up in bed - he had an idea: to make a website for Ukrainian refugees who need housing in other countries. He posted a tweet.

“It would be a good idea to create a website where Ukrainian refugees could communicate with hosts in neighboring countries,” Schiffmann wrote.

He then enlisted the help of people who speak other languages ​​to translate the website into Ukrainian, Russian, Polish, Czech and Romanian.

He then wrote to his Harvard University classmate Marco Burstein, an 18-year-old computer coding genius, and asked if he could help him develop a website quickly.

Burstein was 5000 miles away in Cambridge, Massachusetts and needed to attend classes. However, he was in business, he told Schiffmann.

The couple texted and FaceTimed almost nonstop to create a website that was easy to navigate for people offering help and those seeking it.

March 3 - after three days and only five hours of sleep - they launched Ukraine Take Shelter, a site in 12 languages ​​where Ukrainian refugees fleeing the war can immediately find hosts with free rooms, dachas, relatives' apartments, schools and hostels.

“If someone has a couch, they can support a refugee,” Schiffmann said. “And if someone has a whole house, he can put it on the site and shelter the whole family.”

“What we did was release a super-fast, stripped-down version of Airbnb,” he said.

In the first week, more than 4000 hosts around the world, including in the US, posted offers to stay through Ukraine Take Shelter, Schiffmann said, noting that the number of listings is growing every day.

One US homeowner commented: “I have to ask myself, 'If not me, then who? If not now, then when? I cannot stop this invasion, but my faith tells me that now is my time to help others find safety and shelter."

While most listings are in countries bordering Ukraine, Schiffmann and Burshtein have seen listings from as far away as Israel and Canada.

“The amount of new listings we receive every day is amazing and we are seeing immediate results in how the website is making a difference,” he said. “It literally saves the lives of people in a terrifying situation.”

Both he and Schiffmann said they see their project as a public bulletin board offering something for all refugees from Ukraine.

“We saw that the existing websites run by governments to help refugees were cumbersome and complicated,” Schiffmann said. “You submit an application and just hope that someone will read this and help you.”

“Someone who runs away from explosions and gunfire is under stress and needs something easier and more convenient to use,” he added.

Refugees list their current location on the Ukraine Take Shelter website, Burshtein said, and dozens of housing offers appear from nearby cities in neighboring countries. They may also indicate the number of people in need of shelter and whether they have pets or family members with special needs. For example, someone leaving Kyiv would find listings from hosts offering accommodation ranging from a sofa in a one-bedroom apartment in Lithuania to a nine-bedroom, eight-bathroom chalet in Romania.

“I am a medical student, like my boyfriend, and we live in a two-room apartment in the center of Kaunas, Lithuania,” wrote a volunteer host who had a spare sofa. “So we can only offer our sofa in the living room with free food, supplies, and everything else you need. We don't have children and we could look after the children of the refugees."

Texans queued for hours to support the Ukrainian bakery: "It's like the whole of San Antonio is here."

Some hosts don't have space for more people, but they do offer pet help.

“We offer a temporary place for one dog,” wrote the owner from Latvia. We live in an apartment building, but there is a lot of greenery and dog parks nearby. Your dog will have food, care, a bed and long walks!”

The key to the website's popularity is its simplicity, Schiffmann said, noting that exact addresses for hosts or refugees are not listed for security reasons.

"Our goal was to get the site up and running as quickly as possible to help as many people as possible, and that's exactly what's happening," he said.

“Avi and I met after we got into Harvard,” he said. “Last summer I created a website so that Harvard students could see what courses all their friends were taking, and Avi contacted me about it.”

Burshtein says what ultimately brought them closer was their shared interest in using technology to solve problems.

“When Avi wrote to me about doing something for the people in Ukraine, I had a feeling that we can really make a difference with this,” he said.

He loaded his minibus with supplies and drove over 1,5 km to help Ukrainian refugees.

"We're incredibly lucky to get into Harvard, have loving families, and live in a safe environment," he added. “We felt it was our turn to pay back.”

Schiffmann said it was a testament to the power of technology: two teenagers on opposite ends of the country can create an easy-to-use website that will help people in need on the other side of the world.
He said he now hoped it would be possible to join forces with agencies offering assistance to Ukrainians.

“What is happening in the world right now is really scary,” he said. “People my age, born after 11/XNUMX, have never seen anything like it.”

He said the scale of the crisis was frightening and seemed to be getting worse.

“Now there are more than 2 million refugees from Ukraine, and the situation will only get worse,” Schiffmann said. “They all deserve a safe place to live.”

US intelligence tries to explain Putin's behavior: he is suspected of having a 'steroid rage' caused by cancer treatment