Home Incidents Shooting at a school in Michigan: 3 killed, 8 wounded, many students did not come to class because they had a premonition of the tragedy

Shooting at a school in Michigan: 3 killed, 8 wounded, many students did not come to class because they had a premonition of the tragedy

At least 3 students were killed and 8 injured in a school shooting in Michigan. The edition told in more detail USA Today. 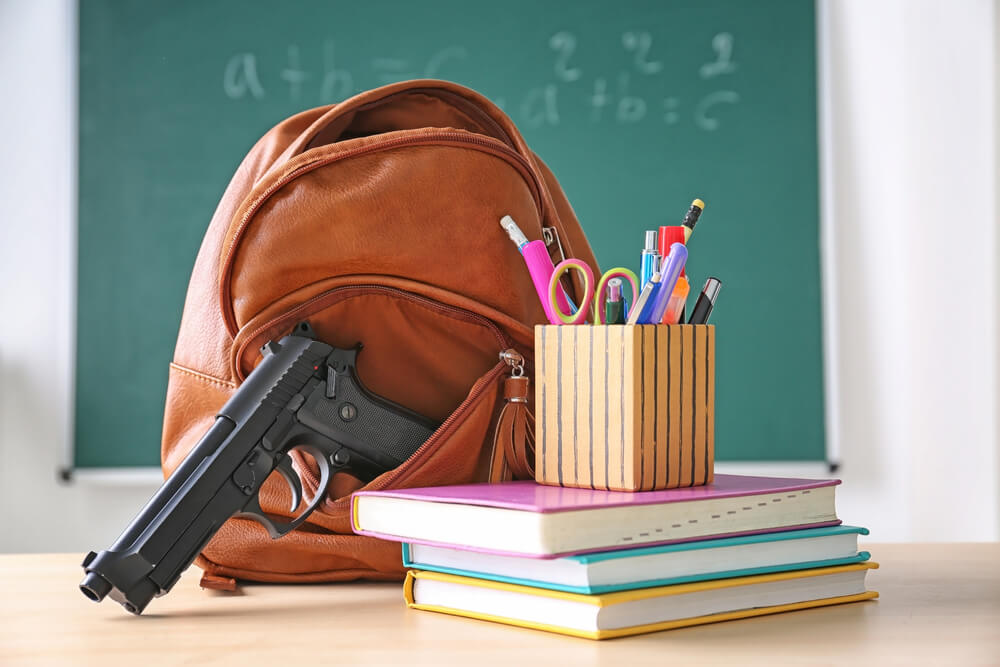 The three deceased schoolchildren are 16-year-old Tate Mayr, 14-year-old Hana St. Juliana and 17-year-old Madison Baldwin. According to Bouchard, Mayr died in a patrol car on his way to the hospital.

“The officer saw that the wound was so bad that there was no time to wait,” he said.

Seven injured schoolchildren. The eighth was the 47-year-old school teacher. He has already been discharged from the hospital.

According to Bouchard, the 9mm pistol the suspect fired from was purchased by his father on Black Friday November 26. When the police arrested the suspect, seven cartridges were loaded into him.

The Oakland County Sheriff's Office said it received over 12 calls about the active shooter at around 51:100 pm. Three minutes later, the suspect was already arrested. He fired 15 to 20 rounds during the incident.

“He offered us no resistance when he was taken into custody,” said Deputy Sheriff Michael McCabe. "It all lasted five minutes."

There were barricades and jumped from windows

According to the students, at first they did not know if it was a teaching.

When they realized that this was not the case, they were seized by fear and panic. The teachers locked and barricaded doors and closed windows. The schoolchildren were hiding. Some with cell phones quietly wrote text messages to alert their parents and friends.

Abby Hodder, a 15-year-old student, was in chemistry class when she thought she heard the sound of breaking glass.

They then lined up along the wall and grabbed something to throw, which is also part of the vigorous training they went through, Hodder said. But soon after, she added, the teacher told them to jump out of the window and run.

There are no metal detectors at Oxford High School, which has about 1800 students, Bouchard said. He said there would be "a huge amount of videos" from the school.

The suspect is silent

The authorities did not say whether the suspect was stalking anyone specifically, and did not disclose any information about the motives. McCabe said authorities are investigating whether there were any pre-shooting warnings or whether the student was involved in the violence in the past. He said there would be interrogations.

Bouchard said police were unaware of any problems or threats prior to the shooting.

The suspect, whose name has not been released, cited his right to remain silent and refused to speak to the police, McCabe said. He said that the boy's parents "did not want their son to talk to us and they hired a lawyer," adding that since the boy is a minor, he should not be interrogated.

The sheriff's office said police issued a search warrant at the suspect's home and seized his phone. The suspect posted a photo of the gun on social media.

Some schoolchildren knew about the possible shooting

Robin Redding, the mother of one of the students, said her son stayed at home. According to her, he had heard threats of shooting at the school.

“It couldn't have been a coincidence,” she said. “He just said,“ Mom, I don't feel safe. None of the children with whom we go to school will go today. "

Redding expressed concerns about the safety of the school in general and did not provide details of what her son heard.

"We'll figure this out," McCabe said.

Hundreds of community residents gathered in vigils for the dead. They never thought something like this could happen in their small enclave village in northern Oakland County.

“This is what you read about on the news, this is happening elsewhere,” said 51-year-old Kim Kozel, one of the approximately 300 people who attended the vigil at Kensington Church on Lake Orion.

“I'm shocked,” said Tim Tron, the headmaster, after the shooting.

Tron said there were no metal detectors at the school and that he did not believe there was any discussion about them. McCabe said police are aware of the schoolboy carrying the gun.

Michigan Governor Gretchen Whitmer was one of several officials to offer condolences to the victims.

“Gun violence is a crisis that takes lives every day. We have the tools to reduce gun violence in Michigan. It's time to get together and help our children feel safe at school, ”Whitmer said in a statement.

This shooting is the 28th and deadliest shooting in schools this year.

Of the 28 shootings, 20 have occurred since August, when many students returned to school for the first time since the onset of the coronavirus pandemic. In 2020, 10 shootings were recorded.

US President Joe Biden was informed of the shooting.

“My heart hurts for the families who are experiencing this unimaginable loss,” Biden said.

Everytown for Gun Safety, a national nonprofit that advocates stricter gun control, said the past few months have seen the highest number of school shootings and shootings since the organization began tracking such incidents in 2013.

The organization said September and October were equal in terms of the number of incidents reported per month - 32.

There have been at least 651 mass shootings this year - an incident in which four or more people were injured or killed.