Jeff and Mackenzie Bezos announced that they had agreed to a divorce. Mackenzie intends to hold part of the shares of Amazon, writes CNN Business. 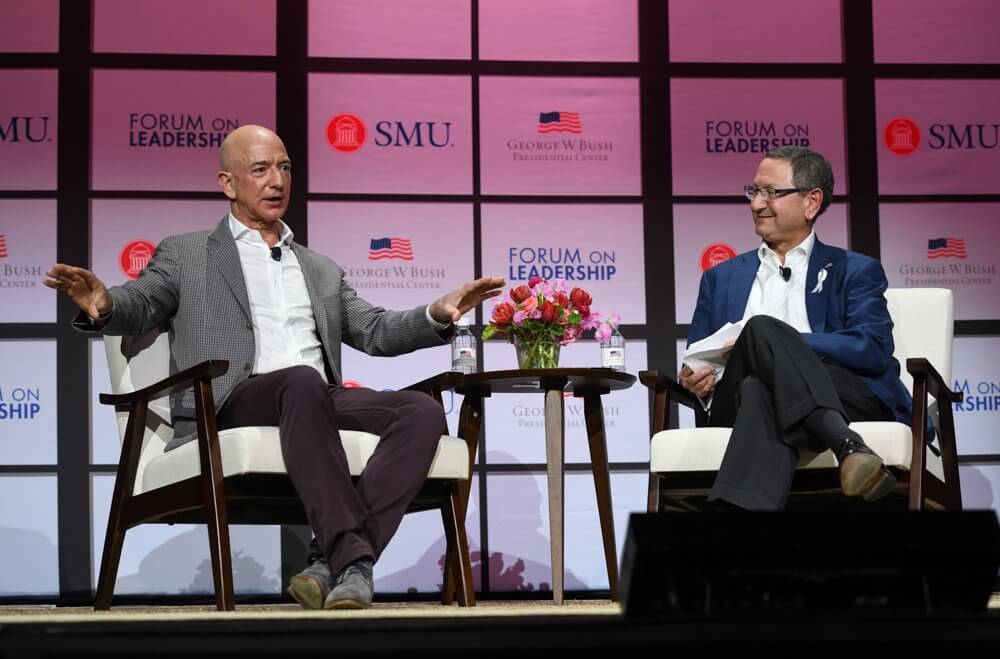 On Twitter, MacKenzie Bezos wrote that she got 25% of their joint stake in Amazon, which is 4% of the shares worth about $ 35 billion. Blue Origin.

If Mackenzie decides to sell his shares, the buyer will have to enter into an agreement with Jeff Bezos to give him the right to vote on these shares.

"I am glad that the process of dissolving my marriage with Jeff was completed with our mutual support," Mackenzie wrote, adding that "I am grateful for the past." Jeff Bezos also thanked the ex-wife "for kindness and support."

Jeff Bezos announced his divorce from his wife Mackenzie in January. Spouses have been married 25 for years. Before the divorce, the state of Bezos was estimated at 149 billion dollars.

Following the announcement of the divorce of the Bezos couple, the National Enquirer tabloid published correspondence of the founder of Amazon and his sweetheart, TV presenter Loren Sanchez. At first, Sanchez’s brother was suspected of selling this information, but later security consultant from Bezos announced that hackers working in Saudi Arabia had hacked the billionaire’s smartphone.

Jeff Bezos 55 years, Mackenzie Bezos 48 years. They met while working at the DE Shaw hedge fund and got married at the start of 90's. They then moved to Seattle, where Bezos founded Amazon. They have four children.

The woman became the youngest billionaire in history: Forbes rating

The richest businessman in the world, Jeff Bezos, declared blackmail

10 business tips from the richest people in the world

Amazon founder divorces his wife after 25 years of marriage