Home Page At home The United States is going to build five nuclear power units in Ukraine: not everyone likes the idea

The United States will build 5 power units in Ukraine: how will this affect the price of electricity, reports "Focus". 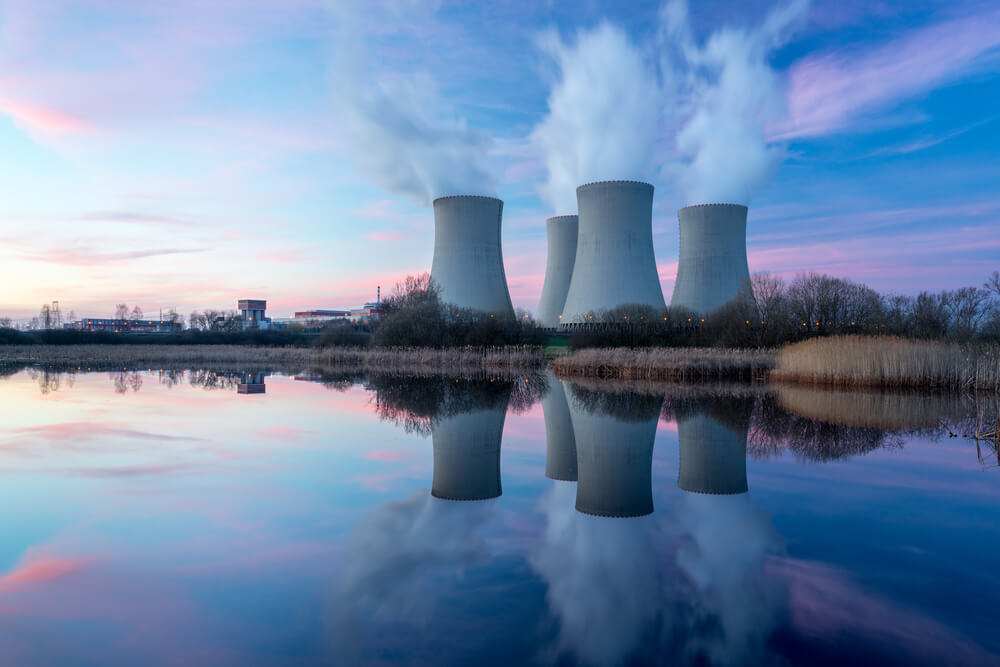 Five new nuclear power units are planned to be built in Ukraine. The American company Westinghouse will be the contractor.

On August 31, in Washington, in the presence of President Volodymyr Zelensky, Energoatom and Westinghouse signed a memorandum of cooperation. The document provides for the participation of Westinghouse in the completion of the fourth power unit of the Khmelnitsky NPP and four more power units of other nuclear power plants in Ukraine. The estimated cost of the project is $ 30 billion. Although there are doubts about the feasibility of the project and the possibilities of its implementation.

According to the announced plan, Energoatom chose the technology of the Westinghouse company - AP1000 for the construction of new nuclear power units. The possibility of constructing not only power units No. 3 and No. 4 of the Khmelnitsky NPP, but also No. 5 of the Rovno NPP, No. 7 and No. 8 of the Zaporizhzhya NPP and No. 4 of the South-Ukrainian NPP is being considered.

“Energoatom is also considering the prospect of locating new sites in different regions of Ukraine for the construction of new nuclear power plants from scratch,” Energoatom told Focus. They are confident that the use of the American AP1000 technology in the long term will make it possible to "ensure a high level of safety, reliable operation of nuclear power generation, its innovativeness and respect for the environment." Work will begin at the Khmelnytsky nuclear power plant.

“This will be the first project of global cooperation between Energoatom and Westinghouse. The American reactor plant AR1000 will also become the basis for four more power units at the sites of other Ukrainian nuclear power plants, ”Energoatom reports.

On the subject: An American University will open in Kiev: a historical building was given for it

There are many years of discussions about the AR1000 reactor - the technology has many admirers and ardent opponents. The AP1000 is a two-circuit water-water nuclear reactor with an electrical power of about 1,1 GW, developed by the Westinghouse Electric Company. It makes extensive use of passive safety systems. On the plus side, the technology is licensed by the US Nuclear Regulatory Commission, as well as in several countries in Europe and Asia.

New NPP units are needed to organize the decommissioning of several old ones. But their work has already been extended. This means that if the scenario is realized, there will be an abundance of capacities.

However, not all experts are so rosy about the capabilities of Westinghouse and its reactor.


“The deadlines are violated, the estimated cost of the project is increasing significantly,” Valentin Zemlyansky, director of energy programs at the Center for World Economy and International Relations of the National Academy of Sciences of Ukraine, describes the work of the American company. - There is information that Westinghouse is looking for an investor, is preparing for the sale, and it needs a memorandum with Ukraine to inflate its asset portfolio, thereby increasing the value of the company before the sale. She also has a memorandum with Poland ”.

According to Yuri Korolchuk, an expert at the Institute for Energy Research, the AP1000 technology is crude, the only ones who have implemented it are the Chinese, and there are constant failures in the operation of the unit, which Westinghouse does not solve. This raises the question: do we need this at all?

After all, one of the main questions, to which there is no answer, where to get the $ 30 billion of investments required for the construction and commissioning of power units. A realistic option is credit lines from US financial institutions. In this case, Ukraine will be obliged to attract billions at interest, and then pay off debts for decades.

“We expect that one of the sources of financing for the construction of the Westinghouse AP1000 power unit will be a commodity loan from American financial institutions,” says Pyotr Kotin, head of Energoatom. According to him, one block at the KhNPP will cost $ 5 billion, on this occasion the company is negotiating with the US Eximbank and DFC (US International Development Corporation). In addition, Energoatom itself wants to invest in such construction. Experts are sure that even if we assume that the construction of power units will start, it will take years.

“Each block is built for at least five years and up to infinity. If we take five blocks, then this is at least 30 years. And this is in ideal conditions, ”emphasizes Yuriy Korolchuk.

Energoatom notes that work on completing the blocks of the Khmelnytsky nuclear power plant will begin as soon as the Verkhovna Rada adopts the relevant law.

“With the commissioning of new power units, we expect an increase in the installed capacity of nuclear power generation in Ukraine,” the company says, considering that the share of nuclear power in the country's energy balance will be 55-60%. Now it is 54%.

According to Zemlyansky, the construction of new power units will not lead to a reduction in tariffs, but on the contrary, interest on loans for construction will fall on the shoulders of electricity consumers.

“The new unit of the NPP would give the price for the consumer at the level of 3-4 UAH / kWh,” Yuriy Korolchuk believes.