Home At home US supplied Ukraine with lethal weapons: Blinken promised to respond to the Kremlin in writing to the ultimatum

Next week, the United States will respond in writing to the Kremlin's ultimatums regarding Ukraine and NATO. This was stated after talks in Geneva by US Secretary of State Anthony Blinken and Russian Foreign Minister Sergei Lavrov. The edition told in more detail with the BBC. 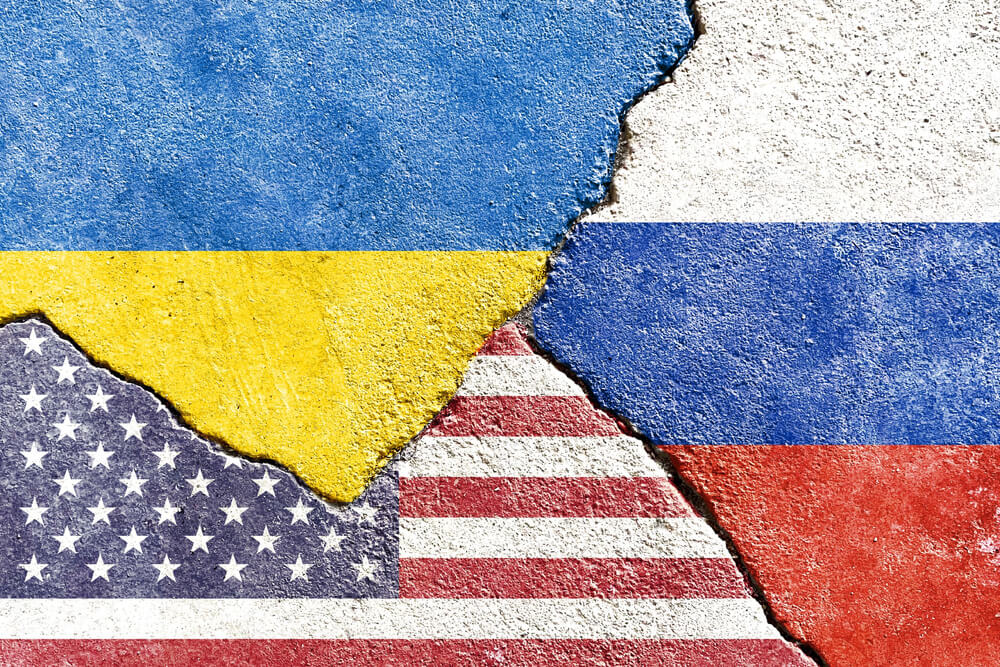 “This is not the end of our dialogue. Next week we will receive, as Anthony Blinken emphasized several times, a written response,” Lavrov said, calling the current meeting an intermediate one.

After receiving a response, Lavrov will talk to Blinken again. The US Secretary of State also counts on this, and also does not exclude the possibility of a meeting between the American and Russian presidents.

“If the US response to the demands disappoints us, then serious political decisions will have to be made,” Sergey Ryabkov, Lavrov's deputy, commented on these negotiations.

According to Lavrov, during the talks, the Russian side heard the repetition of arguments about the freedom of alliances, military alliances.

“But we have presented a whole series of documents with the need to avoid steps that will consolidate the security of one country at the expense of the security of other countries,” the Russian minister said.

“This is a critical moment,” Blinken said at the start of his press conference. According to him, these were "not negotiations, but an honest exchange of views", and he considers it "useful".

According to Blinken, “Russia has now deepened its dialogue with us, but still continues to build up its forces on the border with Ukraine, and also continues to plan a military operation in this country.”

On the subject: About Putin, Ukraine and the unrest of the Americans: what Biden said at the final press conference of the first year of his presidency

“We heard that Russian politicians are not going to attack Ukraine, and Lavrov repeated this. But we are guided by what we see, everyone sees and we judge not by words, but by deeds,” Blinken emphasized.

Now Russia has concentrated more than 100 troops on the border with Ukraine. She, according to Blinken, "deployed forces to Belarus, which gives Vladimir Putin the opportunity to attack Ukraine from the south, west and north."

“If Russia wants to convince the world that it has no aggressive intentions towards Ukraine, then a good way would be to de-escalate, withdraw troops from the borders and continue the dialogue,” Blinken said.

He confirmed that next week the United States will provide Russia with written responses to its demands, which will be discussed with allies and partners in advance.

The summit in Geneva takes place after Anthony Blinken's meetings with European colleagues.

Before visiting Germany on January 19, the US Secretary of State unexpectedly visited Kiev, where he met with Ukrainian Foreign Minister Dmitry Kuleba and President Volodymyr Zelensky.

After discussions in Berlin with British, French and German officials, Blinken said that a Russian attack on Ukraine "will drag us all back into a dangerous and unstable time when this continent was divided, with the threat of total war over everyone's head."

Freedom of choice or restriction of the safety of others

Russia and the United States are not yet able to agree on even the subject of negotiations. In December 2021, Moscow published draft treaties with the US and NATO and demanded an urgent response to them.

Russian President Vladimir Putin demands that Ukraine never be admitted to NATO, and that the defense alliance itself stop expanding eastward and refuse to accept former Soviet countries into its ranks, as well as any military cooperation with them.

Washington and Brussels refuse to even discuss the Russian demands because they contradict the NATO charter, which contains the principle of "open doors".

According to US Deputy Secretary of State Wendy Sherman, such demands are unacceptable because they ignore the sovereignty of Ukraine, Georgia and other countries, as well as their freedom of choice, including military alliances.

Lavrov insists that at one time the United States pledged not to strengthen the security of some countries at the expense of “limiting” the security of other countries, and the negotiations should focus not on the “question of Ukraine”, but on European security as a whole.

“Initially, NATO was created against the USSR, and now it is working against the Russian Federation,” Lavrov explained after negotiations with Blinken.

Blinken once again stated that the United States will not retreat from its principled positions, however, it is ready to talk with Russia about long-known global security measures, such as limiting weapons, controlling military exercises, increasing transparency measures, returning to the treaty on intermediate and shorter-range missiles. .

But Russia categorically rejects this approach and wants an answer to all its demands at once.

Anthony Blinken himself wrote that the United States, together with partners, “is ready to take tough economic steps if Russia resorts to further unprovoked military actions against Ukraine.”

“Ukraine is not a member of NATO, it does not fall under our obligations under Article 5 (on the collective defense of members of the alliance. – Ed.), but we are inclined to do everything possible to protect it and prevent Russian aggression,” Blinken said after talks with Lavrov.

Supply of weapons to Ukraine from the USA

The first part of US military aid, writes BBC, arrived in Ukraine.

“The first of several shipments of a security aid package recently approved by U.S. President Joe Biden for Ukraine arrived in Kiev tonight,” the embassy said on Twitter. “This shipment includes about 90 tons of lethal weapons, including ammunition for defenders Ukraine on the front line.

What kind of weapons Ukraine received is not specified.

This assistance, plus more than $2,7 billion in security assistance provided to Ukraine since 2014, demonstrates the United States' strong commitment to strengthening Ukraine's defenses against the backdrop of growing Russian aggression.

In addition, the US administration is ready to provide Ukraine with five MI-17 helicopters, which are in the stocks of the US Department of Defense and can be delivered as part of the defense surplus program.

Earlier, the UK donated a batch of NLAW anti-tank missile systems to the Ukrainian army.

However, the United States and other NATO countries rule out sending their troops to help Ukraine in the event of a large-scale war between Russia and Ukraine.

A family in Ukraine accidentally washed a cat in a typewriter: he miraculously survived