Home Page In the U.S. US sent patrol boat to Black Sea

In the official Twitter account US Sixth Fleet press service reported that the United States has dispatched a USCG Cutter Hamilton patrol boat to the Black Sea. 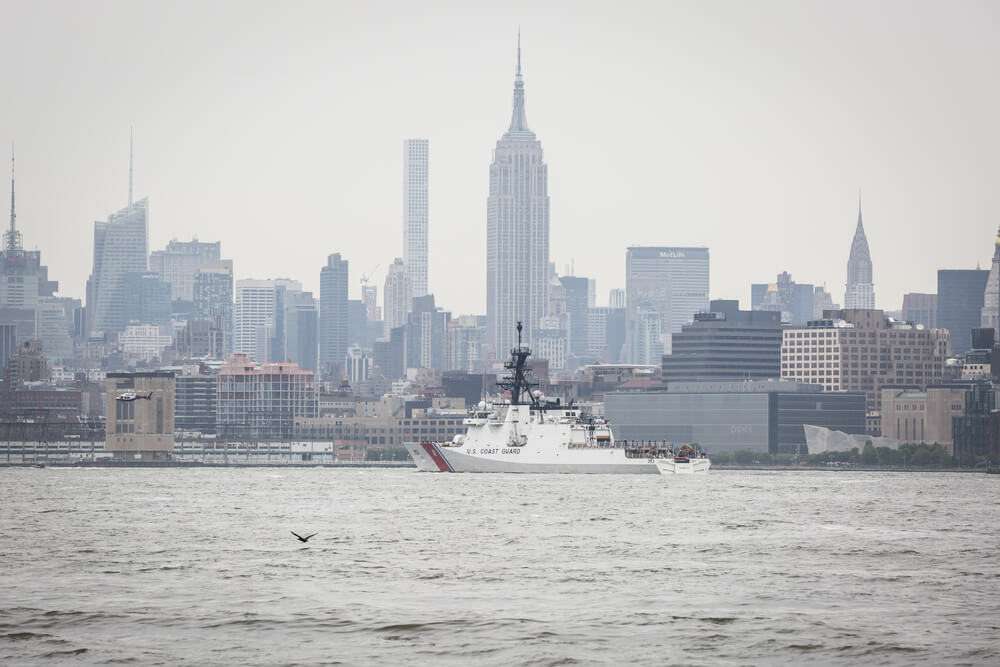 The Sixth Fleet's Twitter account says the USCG Cutter Hamilton is heading for the Black Sea following a training exercise with the destroyer USS Roosvelt in the Aegean Sea.

USCG Cutter Hamilton will work with NATO allies and partners in the region.

The Sixth Fleet did not specify what specific tasks the boat will perform in the Black Sea.

It clarifies Liga.netThe Hamilton-class Coast Guard boats were designed during the Cold War and were originally designed to combat submarines.

On the subject: The United States canceled the dispatch of warships to the Black Sea: what happened

Hamilton boats are versatile, capable of performing a variety of operations, including defense, law enforcement, search and rescue and research. Usually used as part of aircraft carrier groups.

Earlier, the United States requested Turkey to enter the Black Sea, but changed its mind, and then placed boats in the Aegean Sea.

On the US Sixth Fleet website tell what ships there are.

The U.S. Navy ships regularly work with the combined and allied forces to strengthen regional maritime security, joint readiness and naval capabilities, the Sixth Fleet said in a statement.

“Working with Roosevelt shows that the Coast Guard, the Marines and the Navy are a unified naval service committed to maintaining a rules-based international maritime order,” said Captain Timothy Cronin, commander of Hamilton. "These joint operations improve our maritime security capabilities and increase our preparedness for critical peacetime missions."

Roosevelt is one of four US Navy destroyers based in Rota, Spain and assigned by the Commander of Task Force 65 to support NATO's Integrated Air Defense architecture. These FDNF-E ships can operate in the waters of Europe and Africa, from the Cape of Good Hope to the Arctic Circle, demonstrating their maritime prowess.

The US Sixth Fleet, headquartered in Naples, Italy, conducts a full range of joint and naval operations, often with allied and interagency partners, to advance US national interests, security, and stability in Europe and Africa.

The most mysterious secret base in the United States: what really happens there

US advises airlines to 'fly carefully' over Ukraine and Russia

The US military filmed three UFOs that were chasing them: the Pentagon confirmed the authenticity of the recording