US may give Ukraine Russian helicopters and more new weapons, reports BBC. 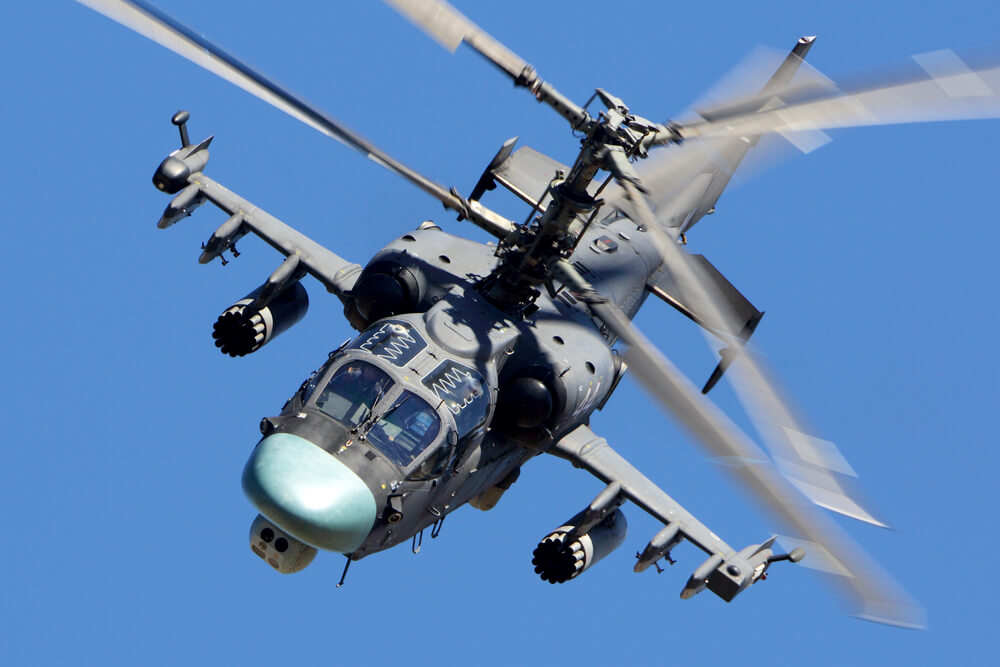 The US is considering sending military advisers and weapons to Ukraine amid a buildup of Russian forces on the Ukrainian border.

Such conversations in the US government were reported by “numerous sources”.

The assistance package could include new Javelin anti-tank and anti-armor missiles, as well as mortars and air defense systems such as Stinger missiles.

The US Department of Defense also insists that Ukraine should receive some equipment previously planned to be transferred to Afghanistan, for example, Russian Mi-17 helicopters.

The Mi-17 is a Russian helicopter originally purchased by the United States to be handed over to the Afghans. The Pentagon is now deciding what to do with them after the withdrawal of troops from Afghanistan in August.

“But others in the administration are concerned that Russia may view the transfer of stingers and helicopters as a major escalation. And although they are ready to send military advisers to the region, it is not clear whether anyone will go to Ukraine, ”the sources said.

Retired Lieutenant Colonel Cedric Leighton argues that any assistance to Ukraine could lead to "further escalation of tension" in relations with Moscow.

At the same time, the United States is discussing with its European allies the introduction of a new package of sanctions, which will enter into force if Russia invades Ukraine.

Legislators are also working on sanctions changes to the National Defense Authorization Act.

On the subject: Biden decided to use strategic US oil reserves to stabilize gasoline prices

Members of the US Congress are proposing to impose "new significant sanctions" against Kremlin officials, including against President Vladimir Putin, in the event of a new Russian aggression.

However, as an unnamed adviser to President Zelenskiy said, while the Biden administration warns of a possible Russian attack on Ukraine, its top officials "are working to protect the Russian gas pipeline by opposing the inclusion of sanctions on it in the annual defense bill."

On Monday, White House press secretary Jen Psaki told reporters that Washington is concerned about the military activity of the Russian Federation and "in recent weeks has been interacting a lot with European allies and partners, including Ukraine."

The dialogue with the Russian authorities continues.

Also on Monday, a conversation took place between the head of the Joint Chiefs of Staff of the United States, General Mark Milli, and the Commander-in-Chief of the Armed Forces of Ukraine, Lieutenant General Valery Zaluzhny.

Sources said that in terms of the level of anxiety and specificity, the briefings that the United States are now giving to partners is much more serious than before.

After talks with the United States, the tone of Ukraine’s statements “seriously changed”, although at the beginning of the month Ukrainian officials “belittled” reports about the Russian presence at the borders.

The other day, Kirill Budanov, the head of the main intelligence department of the Ministry of Defense, publicly warned that Russia could attack as early as January.

This estimate is in line with the US warning.

What is Russia planning?

Yet officials do not know what Russia is really planning.

“There is no direct evidence or conclusive indication of Putin’s intentions,” said an unnamed defense official.

The troop movement could also be "an attempt to sow confusion or force the West to make concessions."

The worst-case scenario, according to the United States, would be an attempt to overthrow the government in Kiev.

However, this “cannot be achieved by grabbing another piece” of Donetsk region, the intelligence expert said.

Sources say that American officials provided their Ukrainian colleagues with evidence of the destabilizing activities of the FSB of the Russian Federation in Ukraine, aimed at inciting sentiments against the power of President Zelensky, and also pointed to the presence of special forces and intelligence officers of the main intelligence directorate and the Russian Foreign Intelligence Service at the borders of Ukraine.

Study: COVID-19 booster shots are not just useless, they can even harm