Home In the U.S. US and EU imposed new sanctions against Russia due to the arrest of Navalny

According to the document in the official EU magazine, personal restrictions from Brussels will apply to Prosecutor General Igor Krasnov, Head of the Investigative Committee Alexander Bastrykin, head of the Federal Penitentiary Service Alexander Kalashnikov and head of the National Guard Viktor Zolotov. It is reported by "RIA News". 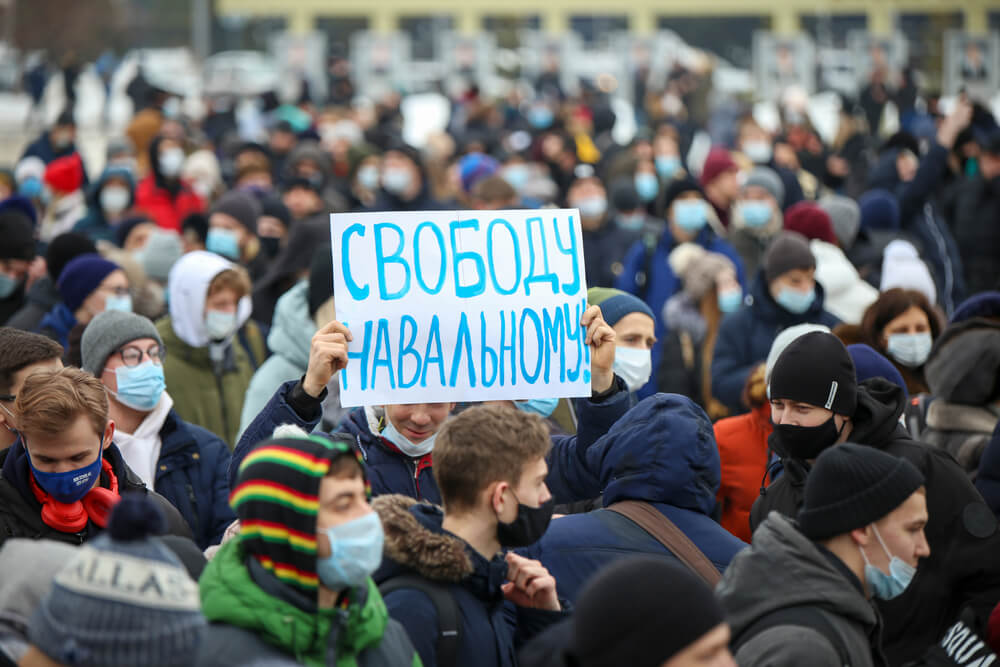 The restrictions were imposed under the EU's new global sanctions regime for human rights violations - the first in history. Its development in 2019 was initiated by the head of European diplomacy, Josep Borrell. He also proposed to name him after Navalny, but this idea was rejected.

“The adopted restrictive measures include a travel ban in the EU and an asset freeze for individuals. In addition, individuals and legal entities from the EU are prohibited from providing funds to those listed in the list, ”the document says. The sanctions take effect on the day of publication.

The foreign ministers of the EU countries decided on restrictive measures against the Russians involved in the arrest of Alexei Navalny on February 22. On the eve of Brussels began their registration. Sanctions for the arrest of Navalny were agreed and put into effect in record time - almost a week. For example, a similar process under the first Belarusian sanctions list took 2,5 months.

The Foreign Ministry noted earlier that the European Union is acting on the basis of anti-Russian stereotypes and, contrary to logic, presses on the inoperative sanction "button". The ministry promised to respond to the sanctions of Brussels.

In addition, the US Treasury has imposed restrictions on seven "high-ranking representatives" of the Russian government in the case of Alexei Navalny. According to the representative of the American administration, all the property of these persons discovered in the US jurisdiction will be blocked.

“In addition, any foreigner who significantly aids transactions with these persons also risks sanctions,” the US added.

The US Department of Commerce has blacklisted organizations from Russia, Germany and Switzerland "for the production of biological and chemical weapons." Among them - 13 commercial companies, including nine in Russia, three in Germany, one in Switzerland. The list also includes three Russian research scientific organizations: the 27th Scientific Center of the Ministry of Defense, the 33rd Central Scientific Research Institute of the Ministry of Defense and the Scientific Research Institute of Organic Chemistry and Technology (GosNIIOKhT). Any export and re-export of products associated with these organizations will be subject to the States' “presumption of denial” licensing regime.

On February 2, a court in Moscow ruled to replace Navalny's suspended sentence in the Yves Rocher case with three and a half years in a general regime colony due to numerous violations of the conditions of the probationary period. The Moscow City Court recognized this decision as legal. Now Navalny will have to spend about two and a half years in the colony.

The European Court of Human Rights refuted allegations that he was being persecuted solely for his political activities: Strasbourg did not recognize the political motives in the Yves Rocher case, although it awarded compensation for house arrest paid by the Russian authorities.

Beatings, shockers, tear gas: how the Russian authorities responded to the actions in support of Navalny

Biden spoke to Putin for the first time: in the White House and the Kremlin, the conversation was retold in different ways

Severe detentions, beatings and injuries: how were the actions in support of Navalny in Russia

'I called my killer. He confessed ': Navalny announced a conversation with one of the poisoners