Home At home Satellite Internet from Elon Musk has earned in Ukraine: its launch was accelerated due to the Russian invasion

Satellite Internet from Elon Musk has earned in Ukraine: its launch was accelerated due to the Russian invasion 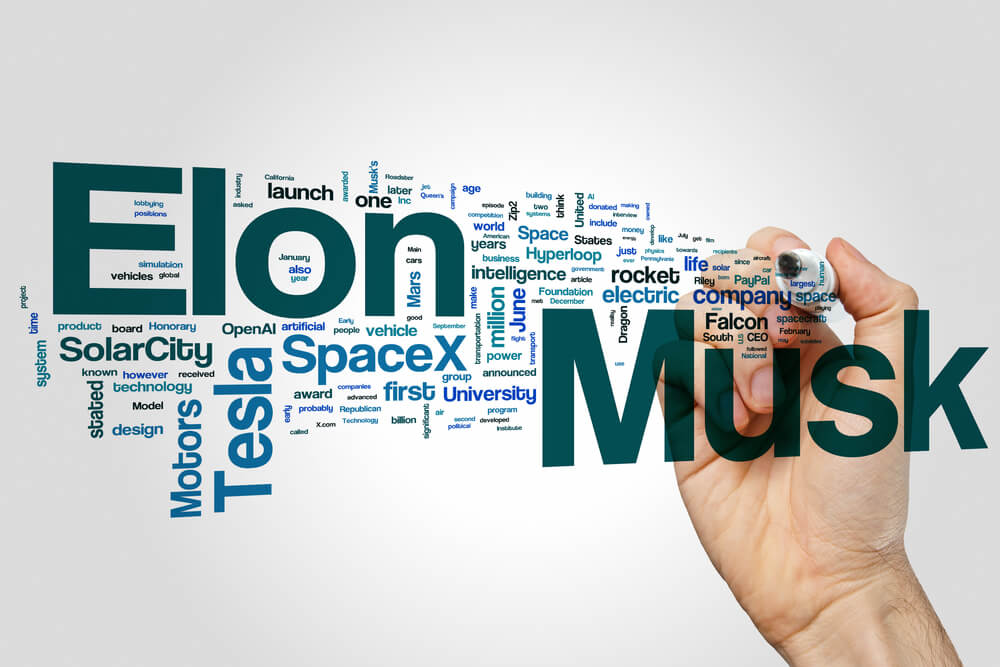 The move comes as the Ukrainian internet service was disrupted by the Russian invasion.

SpaceX CEO Elon Musk said his space company's Starlink satellite internet service is available in Ukraine and more terminals will be coming soon to use it.

Musk made the announcement on Twitter Feb. 26 after a Ukrainian government spokesman asked him if SpaceX could provide the country with more Starlink services after Russian troops invaded Ukraine last week. Internet services in Ukraine have experienced "significant disruptions" in the capital Kyiv and much of the country due to the Russian invasion and ensuing fighting, monitoring group Netblocks reported on Feb. 24.

On the subject: Ukrainian offers to tow enemy tank back to Russia after running out of fuel

“@ElonMusk, while you are trying to colonize Mars, Russia is trying to occupy Ukraine! While your missiles are successfully landing from space, Russian missiles are attacking the civilian population of Ukraine! We ask you to provide Ukraine with Starlink stations and appeal to sane Russians to take action, ”Mikhail Fedorov, Deputy Prime Minister of Ukraine, who is also the country’s Minister of Digital Transformation, asked Musk on February 26 on Twitter.

“The Starlink service is now active in Ukraine,” Musk replied. “More terminals are on the way.” 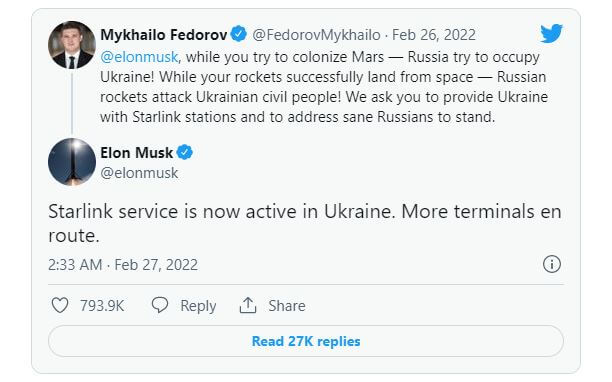 The SpaceX Starlink service offers high-speed broadband access through a large number of small Earth-orbiting vehicles and is designed to provide coverage anywhere on Earth, with a focus on remote or underserved regions. Starlink users access the Internet space service using a satellite dish placed at or near the location where the service is required.

Musk and SpaceX recently sent 50 Starlink terminals to the Pacific island nation of Tonga to provide free internet access to help reconnect with remote villages following a massive volcanic eruption and tsunami in January. Starlink terminals will help restore connectivity to some of the regions most affected by the disaster.

SpaceX has launched more than 2019 satellites since 2000, with up to 14000 expected. The company's latest launch was on Feb. 25, when SpaceX launched 50 new Starlink satellites from a pad at Vandenberg Space Force Base in California.

SpaceX's next Starlink mission is expected to launch later this week, March 3, from pad 39A at NASA's Kennedy Space Center in Florida.

What to do if a loved one is missing in the USA: useful contacts and resources

Feel like you're in the Star Wars universe: Disney offers space entertainment in Florida