When you hear a forecast of an impending element, the presence or absence of an action plan can greatly affect your future destiny, writes Fox News. 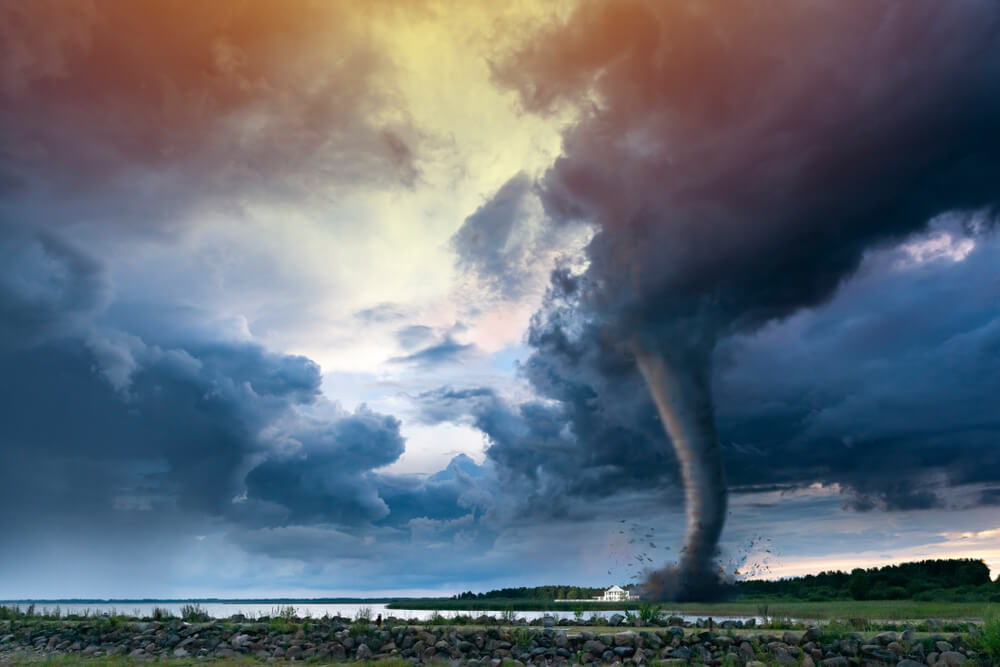 Tornadoes can occur at any time of the year, but according to the Storm Prediction Center (SPC) of the National Oceanic and Atmospheric Administration, storms are more likely to occur in different parts of the country during certain seasons.

For example, the peak period for tornadoes on the Southern Plains occurs in May — the beginning of June. On the Gulf Coast it comes earlier — in spring, in the Northern Plains and in the upper midwest — it is June or July.

On average, about 1200 tornadoes are registered in the United States annually, which is more than in any other country in the world.

What can you do to protect yourself when there is a risk of tornadoes?

In preparation for storms, they are also instructed on a plan of action in the event of a tornado. The instructions say that you should stock up on enough food and water for three days and you should know where to hide before the tornado gets to you.

Some houses, in the so-called Tornado Alley, have safe rooms approved by The Federal Emergency Management Agency (FEMA). They are a sturdy construction specifically designed to meet the FEMA criteria. In these rooms you can hide from extreme winds, including tornadoes and hurricanes.

If you cannot get to a safe room during a tornado, it is best to take refuge at the lowest level of the structure, for example, in the basement. Ready Campaign recommends staying away from all windows, doors, and anything that leads out. If a tornado collapses on your house or a neighboring building, then if possible put on a helmet, cover yourself with a blanket, pillows or even a mattress, this will help protect yourself from debris.

If you do not have a basement, hide in a closet or in a bathroom at ground level.

If possible, hide under strong furniture, such as a table. Mobile home owners should look for alternative housing because they are unreliable.

Get out of the car. Do not try to overtake a tornado in your car, leave it immediately. Having run out of the car, run into a ditch or any lowland and lie flat in it. Stay away from fallen power lines and damaged areas.

After the tornado is over, stay indoors until it is safe outside.

On the subject: In South Carolina, a tornado swept through the school parking lot, injuring dozens of cars

Check if there are injured or trapped people, but try not to endanger your life.

Beware of any dangling power lines. It is also advisable to have a flashlight on hand to be able to look around if you are left in the dark.

According to the SPC, on average, about 60 people are killed by a tornado per year, mostly people dying from flying or falling debris. The actual number of hurricane victims can vary from 1-2 to hundreds of people.

Florida is threatened by toxic algae: they kill fish and are dangerous to people

For the first time in many years in the USA, billions of cicadas crawl out of the ground: are they dangerous