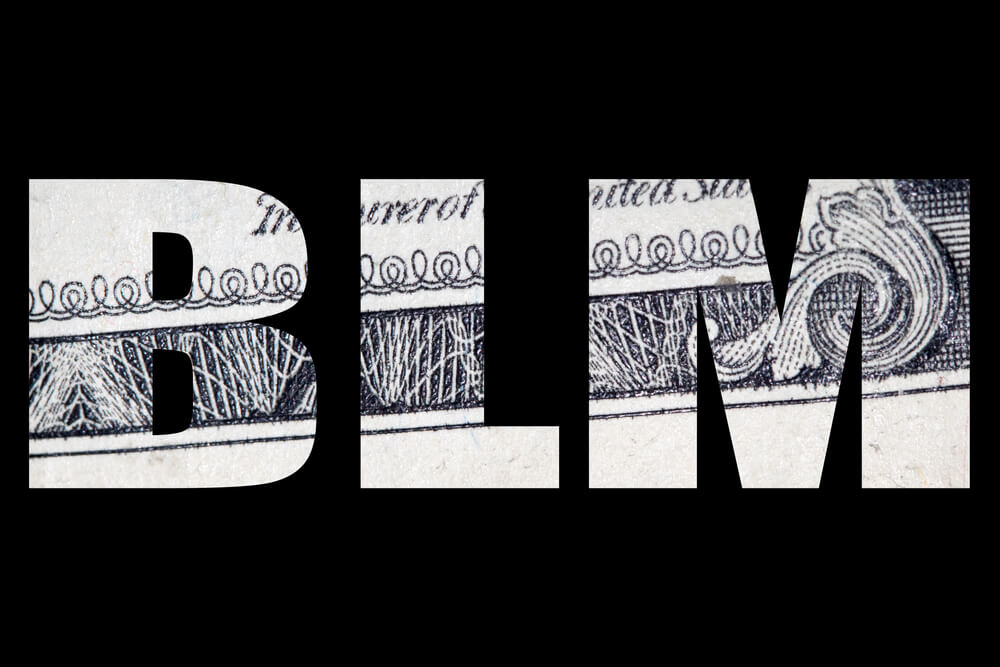 In the meantime, the organization paid a company owned by Damon Turner, with whom the Cullors have a child together, almost $970 to help "produce live events" as well as other "creative services."

According to a board member, the fund's operating budget was about $4 million.

On the subject: Free abortions and legal aid: California will become a haven for women

According to tax documents, the foundation has spent more than $37 million on grants, real estate and private flights.

What's more, $32 million was invested in the shares, nearly a third of the $90 million the organization received in donations.

According to the organisers, the investment is expected to contribute to the continued operation of the fund in the future.

The 63-page Form 990, the annual filing required for nonprofits to maintain their tax-exempt status, shows that Cullors reimbursed the organization $73 for the private flight.

BLM insists it took the flight in 2021 out of fear of the COVID-19 pandemic and its associated health risks.

Cullors has already found herself in a quandary after BLM received a massive $120 payment for undisclosed "consulting fees."

After constant controversy, Cullors resigned as the organization's chief executive last year amid criticism over her lavish lifestyle.

The release of a tax return follows a controversy over a $6 million Los Angeles property purchase. Last month, BLM faced a flurry of backlash when it became known that the organization had acquired luxury home in Southern California funded by donations.

Cullors at the time said she was weeks away from entering "survival mode" after she bought four high-end US homes for $3,2 million.

During that time, she said, she threw a Joe Biden inauguration party that was attended by about 15 people, including members of the BLM chapter and other key allies of the organization.

Cullors initially said the property was purchased by BLM for use as a venue and campus. She also issued a statement denying allegations that she lived in the house or used it for personal purposes.

Cullors said she also hosted a private birthday party for her son at the property in March 2021 and intended to pay rent to BLM.

A recent tax return shows that she paid the foundation an additional $390 to use the 600-square-foot Studio City property for two private events. Tax records show that after spending more than $37 million on grants, real estate, consultants and other undisclosed expenses, the BLM organization is still worth tens of millions of dollars.

Tax records show that Cullors was the sole voting director of the foundation's board and did not chair board meetings.

“This 990 shows that the BLM Foundation is the largest non-profit black organization that has ever existed in the history of the country. What we are doing has never been done before,” said Shalomiya Bowers, the foundation's board secretary.

“We needed to send dollars to grassroots abolitionist organizations doing work that will shift the moral vector of this world towards a world where there are no prisons and violence,” she added.
Tax records show that BLM paid Bowers more than $2 million to provide the organization with operational support such as recruiting and fundraising.

The fund promised to launch a "transparency and accountability hub" on its website to make its financial records available to the public.

Bowers, who was named one of three members of BLM's board in May, works alongside chairman Sickly Gay, a communications specialist, and Jane Parker, a member of BLM's Los Angeles chapter.
“We are decolonizing philanthropy,” Gay said. “We, as a board, have been accused of breaking the traditional standards of what philanthropic granting looks like. It means investing in black communities by trusting them with your dollars.”

The document also shows that nearly $26 million was written off in grants to organizations and families in the last fiscal year.

“Transparency and accountability are as important to us as trust,” Gay continued. “Giving the names of donors after the fact at this stage would probably be a betrayal of that trust.”

The BLM movement first emerged in 2013 after the acquittal of George Zimmerman, a member of the local patrol, who killed 17-year-old Trayvon Martin in Florida.

In 2014, the death of Michael Brown at the hands of police in Ferguson, Missouri, led to Black Lives Matter becoming a major protest around the world.