Home In the U.S. Snowstorm, floods and tornadoes: what will be the Christmas weather in the USA

Snowstorm, floods and tornadoes: what will be the Christmas weather in the USA

A massive winter storm that brought snow to the Midwest on the evening of December 23 should hit much of the East Coast on Christmas Eve and on holiday. It will snow in some parts of the South and heavy rains on the East Coast, writes CNN. 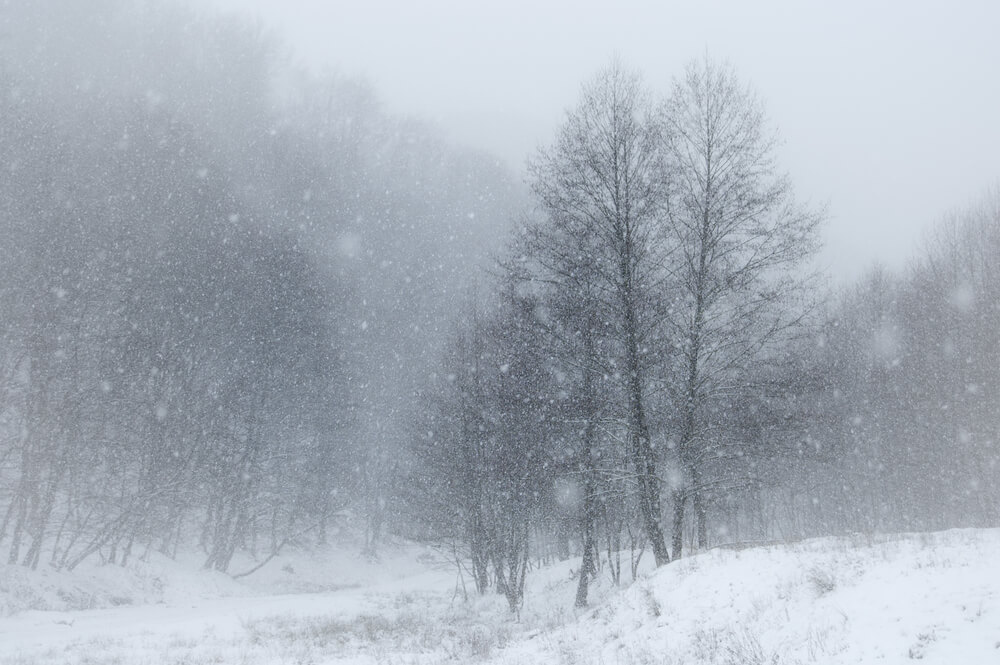 A combination of heavy rain and melting snow from last week's storm could lead to flooding from the Mid Atlantic to New England.

“Those who dream of a white Christmas will have to settle for a windy and damp holiday,” said New York City Emergency Commissioner Dinn Criswell. "The dangers are real, and we want everyone to be prepared for the potentially dangerous winds and heavy rains."

Blizzard warnings were in effect in most of the Upper Midwest on the evening of December 23, and wind speeds exceeded 65 mph (104 km / h) in parts of Dakota, making travel impossible in some areas.

Winter storm warnings have also been issued for Minnesota: 6-8 inches (15,24-20,32 cm) of snow expected, wind speeds up to 60 mph (96,5 km / h) and poor visibility. A spokesman for the Northwest, West-Central and Central Minnesota Patrols said on Twitter that the military responded to hundreds of accidents, stopped vehicles, and 11 broken dump trucks between 16:00 pm and 21:00 pm on Wednesday, December 23rd.

#Blizzard conditions in Minnesota from earlier today with ongoing warnings through the rest of today. 🌨🌬

To be classified as a blizzard, winds must be greater than 35 mph, visibility <1/4 mile and lasting for 3 hours. pic.twitter.com/2WQNM4GWw9

On Christmas Eve, the storm will head east and lower temperatures in much of the Midwest. The hurricane will be accompanied by very strong winds all the way from the Gulf Coast to the US-Canadian border.

Weather warnings extend south to Kentucky and Tennessee. Heavy snow is also expected, with ice and snow expected in areas such as Buffalo, New York. Regions to the south, including the Tennessee Valley, Chattanooga and Knoxville, Tennessee, Asheville, North Carolina, and the mountains of North Georgia, can see a snowy tale on Christmas morning.

On the subject: Deadly danger: popular holiday treats are withdrawn from sale in the USA

Christmas Eve will be rainy for millions of people from upstate New York to Panhandle Florida. There could even be violent storms with a few isolated tornadoes, meteorologists say.

"The risk is particularly high on Christmas Eve in eastern North and South Carolina, southern Georgia and Alabama, and parts of the Panhandle in Florida," warns CNN meteorologist Jean Norman.

It clarifies WCTI12, in eastern North Carolina, the danger is especially high. StormTrack 12 meteorologist Anthony Baglione said the area is at increased risk (the third of five levels) of severe storms.

From early noon on Christmas Eve to early Christmas morning, strong winds can cause power outages and break trees, and isolated tornadoes are possible.

On the afternoon of December 24, rain turns to snow in areas from the Ohio Valley to the Tennessee Valley. Most of West Virginia and East Ohio will see 3-5 inches (7,62-12,7 cm) of snow, and even more at altitudes.

“Where there has recently been heavy snowfall, this can add weight to old snow cover on roofs / structures, causing structures to collapse,” the agency said in a statement.

The storm will almost abate by Christmas morning, with a chilly and windy day in the south and quite warm in parts of the northeast.

Early start of the season: meteorologists told what winter will be in the USA

Two women were detained at the airport: they tried to carry 109 live animals in their luggage