Home In the U.S. Snowfalls in New York and drought in California: this winter in the USA will be rich in disasters

Snowfalls in New York and drought in California: this winter in the USA will be rich in disasters

La Niña Wave 80: The weather system is back for the second year in a row and could bring up to XNUMXcm of snow to New York this winter and exacerbate droughts in California, reports dailymail

La Niña returns to the Pacific Ocean for the second year in a row.

This year there will be heavy storms in the northwest, arid conditions in the southwest, and above average snowfall in the northeast.

La Niña returned to the Pacific, bringing drier weather to southern California, which was hoping for a wet winter to combat drought, along with abundant rainfall in the northeast.

This event is called the 'second La Niña wave' ('double-dip La Niña') because it formed a year after the previous system.

Bob Larson, senior meteorologist at Accuweather, told DailyMail.com that the northeast will have a warmer winter, but it will withstand above average snowfall.

“Snow forecast for New York is 76 cm on average, but our forecast is up to 81 cm,” Larson said.

On the subject: NASA wants to supply the moon with Wi-Fi: why do we need the Internet 400000 km from the earth

According to the National Oceanic and Atmospheric Administration (NOAA), there is an 2022% chance of snowfall until February 87.

A rainy season is expected in the northwest region, while southern California, Arizona, New Mexico and parts of Utah and Colorado will be hit by drought.

Larson told Dailymail.com that the first signs of La Niña are expected to appear next week.

“There is already evidence for this pattern, and in 7-10 days we will see the storm hit the west coast and remain in northern California,” he said. “This could be a preview of what we might see this winter due to the impact La Niña ".

A rainy season is expected in the northwest region, while southern California, Arizona, New Mexico and parts of Utah and Colorado will be hit by drought.

Although La Niña will be present for the next few months, it is predicted to take effect after January. 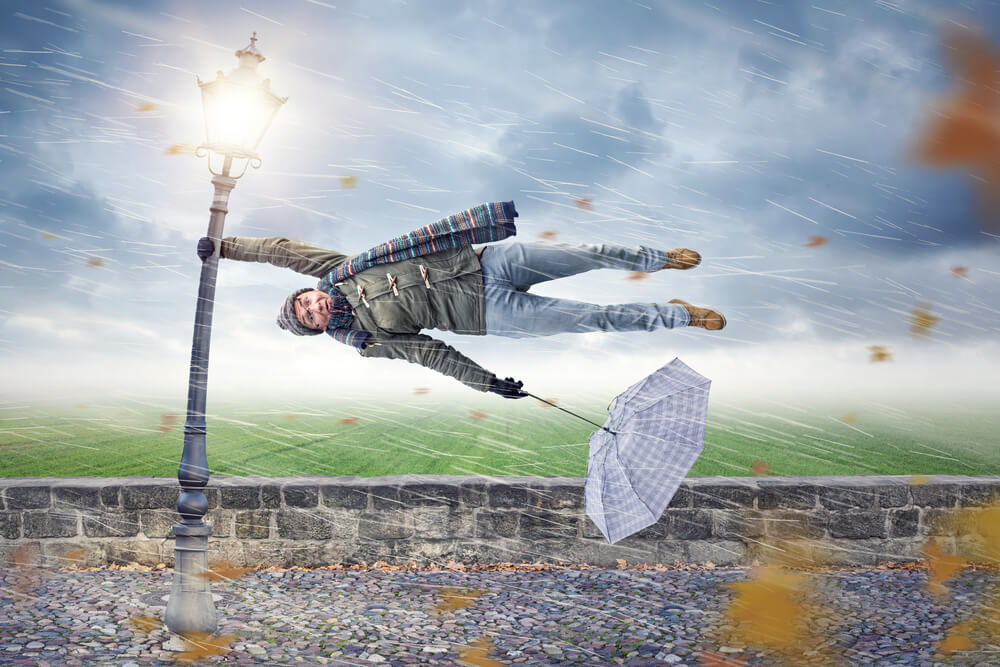 Mike Halpert, Associate Director of the NOAA Climate Prediction Center, said: “Our scientists have been tracking the potential development of La Niña since this summer, and this has been one factor in forecasting an overshoot hurricane season. La Niña also affects the weather throughout the country in winter, and this will affect our future forecasts of temperature and precipitation. "

For the entire southern third of the country and especially for the southwest, La Niña often means drier and warmer weather.

The Ohio Valley and Northern Plains may experience wetter and cooler weather.

In winter, La Niña also tends to bring snowstorms northward in winter, while places like the mid-Atlantic are often free from snowstorms.

The reason for this event was associated with lower-than-average sea surface temperatures in the Pacific Ocean, which can also vary.

“We are concerned about changing sea surface temperatures,” Larson said. "The water in Alaska is cooling, which will bring a storm to northern California next week, but it could move south and bring much-needed rainfall to drought-stricken southern California."

“But now it’s unpredictable,” he added.

In 2020, La Niña developed through August and then dissipated in April 2021 when conditions neutral to the El Niño Southern Oscillation returned.

The El Niño Southern Oscillation (ENSO) cycle is characterized by opposite warm and cool phases of oceanic and atmospheric conditions in the tropical Pacific Ocean.

During February, the average temperature in the continental United States was 30.6 F, or 3.2 ° F below the 20th century average.

But during the entire winter season, things were different: in the Northern Hemisphere from December 2020 to February 2021, they ranked eighth among the mildest winters in more than 140 years of record keeping.

"Below average temperatures prevailed over much of the country from the northwest to the Great Lakes and south to the Gulf of Mexico," NOAA said in a February statement.

Conception of a child at the expense of the employer: women in the USA are offered unusual labor benefits

"The second wave of La Niña"

snowfalls in the USA