Home In the U.S. Fatal accidents and destroyed homes: a powerful snow storm and tornado covered the USA

A powerful storm system brought heavy snowfall to parts of the northeastern United States. She created deadly conditions for traffic on the roads, writes CNN. 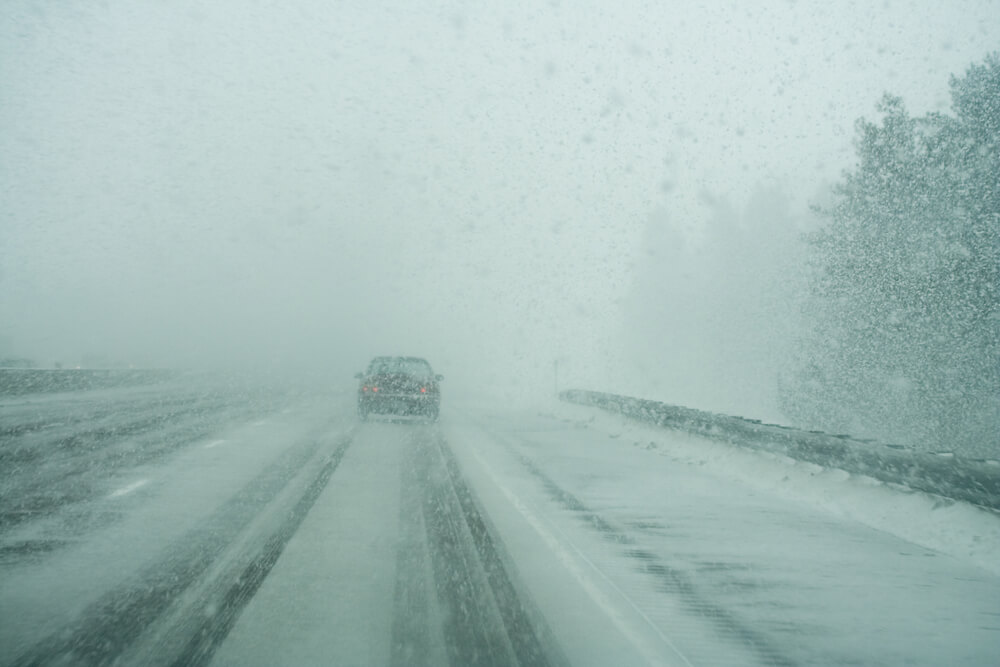 In New York, Philadelphia, Boston and the surrounding area on Thursday morning, December 17, 6 to 12 inches (15,25-30,5 cm) of snow fell. Some parts of central Pennsylvania and upstate New York were measured in feet, according to the National Weather Service. For example, in Binghamton, New York, more than 3,3 feet (1 meter) of snow fell.

Winter storm warnings and advisories have been ongoing since the morning of December 17 in New York and parts of New Jersey. From the second half of the day they were announced in New England.

The winter conditions triggered several serious car accidents, with three deaths as of the morning of December 17.

Virginia State Police have confirmed that a 19-year-old young man from Pulaski died after his car pulled onto the side of a highway, crashed into an embankment and rolled over. Brannagan Locklear was taken to a nearby hospital where he died of his injuries. Poor road conditions caused the accident.

On the subject: Must-haves in the car during a winter trip

Authorities said that in Pennsylvania, where it snowed heavily for several hours, two people died and several others were injured in an accident involving what is believed to be 30 to 60 vehicles on Interstate 80 in Clinton County.

“I pray for the victims and their families,” Pennsylvania Gov. Tom Wolfe wrote on Twitter. "Please stay home if you can and take care of yourself."

Parts of central Pennsylvania were covered by more than a foot (30,48 cm) of snow, according to CNN meteorologist Michael Guy, with the highest recorded in Wellsboro - a whopping 18,8 inches (47,7 cm). According to the National Weather Service, about 18,5 inches (47 cm) were recorded at Dushora and 14 inches (35,5 cm) at Lock Haven, Windondale and Sandy Ridge.

Six people were taken to district hospitals, but there were no serious injuries.

Transport systems in New York, New Jersey and Connecticut were affected by the storm, officials said. NJ Transit announced that on Thursday morning, December 17, some bus and rail services will be suspended. The New York Ferry also announced the postponement of the first flights that day. He said he would not run during the morning rush hours "while the crews are working to ensure the safety of passengers when boarding."

New York Mayor Bill de Blasio announced that all school buildings will be closed on December 17 and full-time education will be canceled.

“I know: we all grew up with the understanding that snowy days are exciting. But this year is different, '' he tweeted on December 16. “Tomorrow all of our students will have a full remote school day.”

#NYCSnow Take a listen !!! The heavy snow may of stopped, but the wind is crazy and it's very very cold. pic.twitter.com/gZGGbPXooH

“Heavy snowfall will continue as the storm continues to the northeast. This weather system will completely leave the region by the end of the day, ”he added.

On the subject: Five myths on how to keep warm in the cold

A tornado warned storm blasted through Pinellas County, #Florida with high winds & rainfall! If you know there is a tornado warning in your area please do not go outside! Go to the basement or an inside room without windows on the lowest floor #FLwx
📽️: @david.akayoyofro pic.twitter.com/hunJ1vWFN1

In neighboring Polk County, Sheriff Grady Judd said that after reports of a possible tornado north of the Lakeland city limits, "significant destruction was found on two streets." According to Judd, the two houses are likely to be "uninhabitable at the moment."

“The trees and houses in this area have suffered significant damage,” the sheriff said. “We started going door-to-door, checking the safety of people and making sure they weren't injured.”

The sheriff said the authorities did not receive any reports of injuries, "although there was significant damage."

The first snow storm of the season hit the USA: 180 thousand inhabitants without electricity

Six items worth stocking up on before the alarmists sell out

UN warns of threat of mass famine in 20 countries