Home In the U.S. How much does the US presidential election cost and who pays for it

The presidential race in the United States begins long before the elections themselves and each time costs billions of dollars, writes Air force... For example, about $ 2016 billion was spent on a campaign in 6,5. This year, due to the COVID-19 pandemic, the election campaign is slightly different from previous ones, but it has not become cheaper. Huge sums of money have already been spent, and there are still significant costs ahead in the final stages of the race ahead of the November 3 elections. 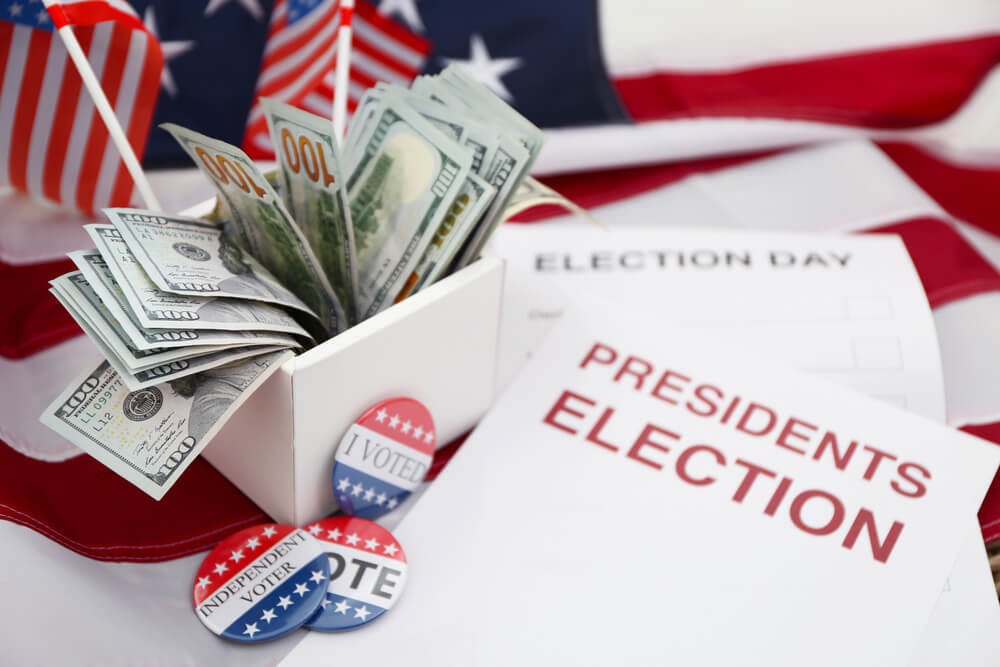 This year, the coronavirus has slightly changed the course of the election campaign. Meetings with voters were moved online, but cash injections into candidate funds did not stop. What are these funds spent on and where do they come from?

Over the past five races, each presidential candidate has spent an average of $ 2 billion. More than half of the funds are usually spent on media campaigning. Advertising on TV is the most expensive. For example, a video that aired during the Super Bowl breaks in February cost Trump's headquarters millions of dollars. Online advertising has become very important for candidates who spend tens of millions to attract followers on social media.

Another item of expenses is the salaries of the headquarters staff. In 2016, Hillary Clinton had thousands of employees, on whom she spent $ 85 million.

Campaigning also comes at a cost. Donald Trump and Hillary Clinton spent about $ 2016 million each on trips around the country in 45. Travel expenses across states have declined this year due to the coronavirus.

Do not forget about pre-election souvenirs. Remember Trump's caps? According to financial statements, in 2016 he shelled out $ 3 million for them.

At the same time as the president, American citizens will elect members of the US Congress. Hundreds of candidates across the country are taking part in an estimated $ 4 billion campaign.

On the subject: Americans massively vote early: why their ballots may not be taken into account

So how is the coffers of candidates' headquarters replenished?

Most of the funding comes from donors. In 2016, a third of the campaign budget came from ordinary Americans who contributed up to $ 200. But of course, wealthy donors donate the most. In the 2016 elections alone, a group of fewer than 200 donors spent nearly $ 1 billion on campaigning.

In addition, presidential candidates and the parties they represent set up joint organizing committees to raise funds through charitable events. One dinner party with wealthy guests can easily raise up to $ 10 million.

But there are some strict rules about fundraising. For example, only Americans can donate to election campaigns. There are restrictions on the amount of the contribution. For the needs of candidates, no more than $ 2800 can be transferred, but if donations go to the fund of their party, then in this case there are almost no restrictions.

On the subject: US presidential election: what candidates promise immigrants

Since 2010, independent groups have been able to receive unlimited contributions from companies and individuals to fund political activities. Although these groups cannot coordinate their activities with candidates.

Unlike many other countries in the United States, there is no limit on how much you can spend on political campaigns. So getting the most powerful position in the world costs a lot of money. The 2016 elections were twice as expensive as the 2000 elections. And 2020 was no exception. Both presidential candidates have already spent colossal sums fighting for the White House seat.

Battle for ObamaCare: How Trump and Biden Settle to Reform Health Care

Round two postponed again: how long are the 'coronavirus' benefits valid

How to get illegal immigration status in the USA: all the ways

Biden side ratings: what Trump needs to do to win the election again