Home In the U.S. Scandalous memoir: US general secretly took away the right to use nuclear weapons from Trump 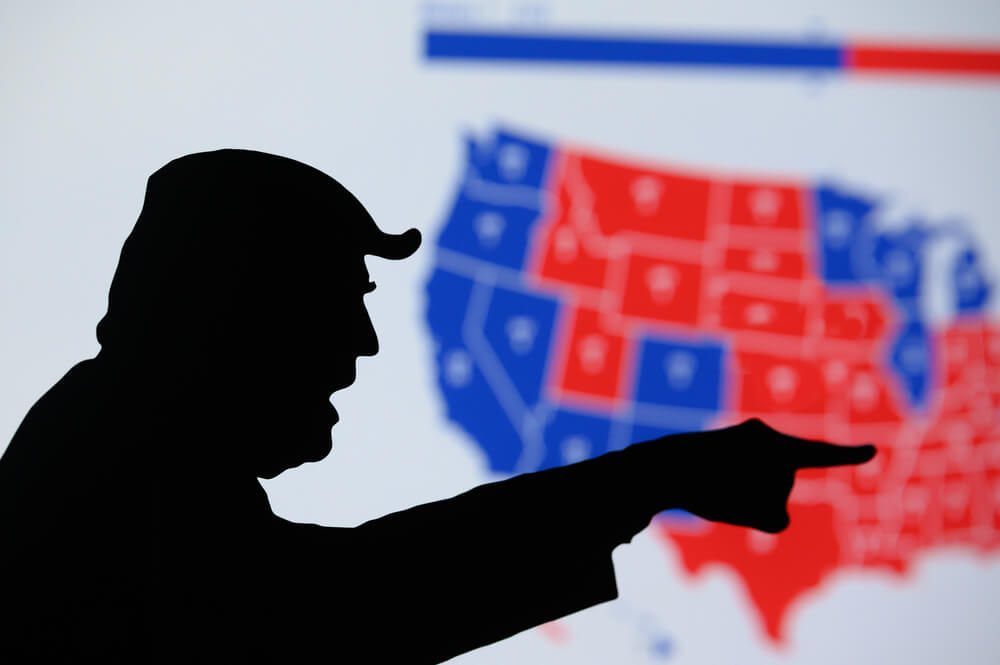 General Mark Milli was "convinced that Trump has serious mental problems after the election," write the authors of the book "Risk" (Peril) - journalist Bob Woodward and Robert Costa.

It claims that the chairman of the Joint Chiefs of Staff, General Mark Milli, took top secret actions to prevent Trump from using US nuclear weapons. General Millie allegedly assumed this responsibility, just two days after riots in the Capitol on January 6 In 2021, he decided to limit Trump's ability to order a military strike.

Woodward and Costa argue that General Millie was deeply alarmed by the attack on the Capitol and that he “was convinced that Trump had fallen into a serious mental state of oppression, and now almost insane - yelling at officials and constructing his own alternative reality about endless election plots. " According to journalists, General Millie was seriously worried that Trump might "go crazy."

The book says that General Millie told his colleagues, "You never know what a president's trigger point is."

According to the Risk authors, on January 8, the general held a secret meeting in his office at the Pentagon, at which the process of starting hostilities, including the launch of nuclear weapons, was revised. General Milli told officials in charge of the Pentagon's war room - the National Military Command Center - not to follow any orders unless he gave the go-ahead.

According to Peril, General Milli told officials: “No matter what you are told, you must follow the procedure. And I am part of this procedure. " Then he asked each of the officers to verbally confirm that they understood everything and were ready to do it.

The book is based on more than 200 interviews with people who were directly involved in the events covered, as well as with witnesses to the events following the 2020 presidential election.

General Millie became uneasy watching Trump's erratic behavior and became even more worried about US national security after the events of January 6. The general had two telephone conversations with the supreme general of China, who was concerned about the unrest in the United States.

The authors write that the Speaker of the House of Representatives Nancy Pelosi told General Millie during a tense telephone conversation: “If they could not stop him even from attacking the Capitol, who knows what else he can do? And is there any executive in the White House who does anything other than kiss his fat ass? "

“You know he's crazy. He lost his mind a long time ago, ”she added.

“Madam Speaker, I agree with you on everything,” the general replied, according to Peril's authors. After the call, General Milli told his service supervisors to keep an eye on the situation "at all times."

Then he called the director of the National Security Agency (NSA) Paul Nakasone.

“Milli watched America’s national security mobilization without the knowledge of the American people or the rest of the world,” write Woodward and Costa. They add that “some may argue that Millie has exceeded his authority and arrogated to himself exclusive power,” but generally believe that this is “a bona fide precaution to ensure that there is no historical violation of international order, an accidental war with China and other disasters. "

On the subject:Obama's memoirs: what the 44th US president thinks of Putin and other world leaders

After the events of January 6, General Milli "did not feel absolutely confident that the military could control or trust Trump, and believed that his job as a senior military officer was to think about everything and take all necessary precautions," the authors write.

General Millie considered this "the most theoretically possible dark moment."

How retired US presidents make money

Rapper Coolio, the author of the legendary hit Gangsta's Paradise, suddenly died in the USA

Quest room 'Hut' and art show: how to spend a weekend in Miami (September 30 - October 2)

Moulin Rouge and Ukrainian picnic: how to spend a weekend in the San Francisco Bay Area (September 30 - October 2)