As the winter storm moves from the Midwest to the north-east of the country, millions of Americans will be at risk of snow and cold weather, writes USA Today. 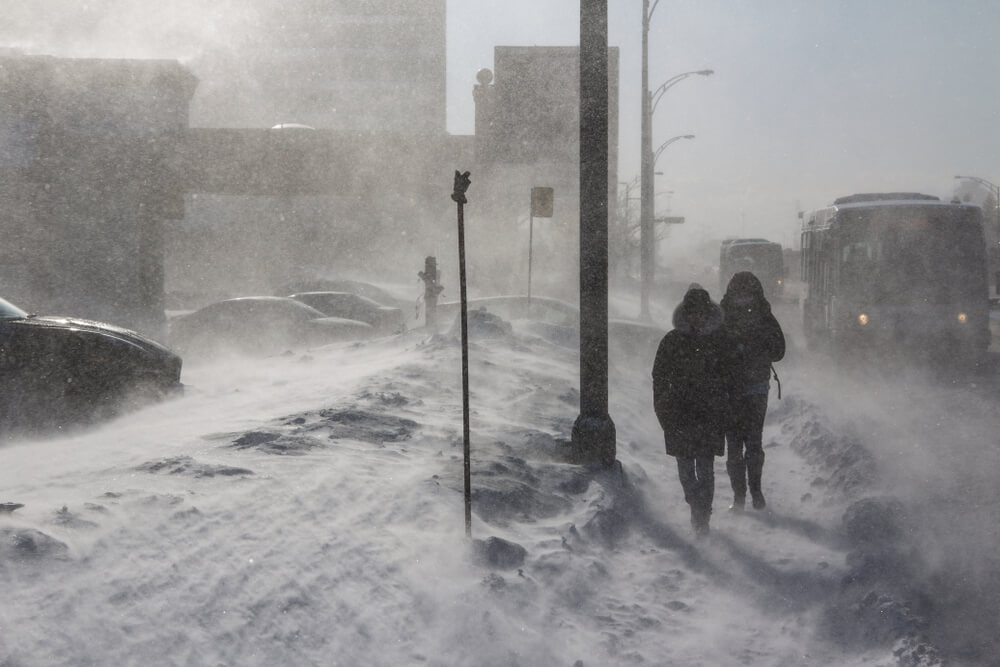 After a snowy Tuesday (February 25) on the plains, a winter storm snowfall covers a length of 1200 miles (over 1900 km) from Missouri to Maine from Wednesday to Thursday (February 26-27), which will lead to traffic problems and school closures.

On February 25, one person died in Kansas, and part of the Interstate 70 Interstate was closed for several hours after heavy snow caused numerous accidents in the region. Snow was also recorded in areas of South Dakota, Nebraska and eastern Colorado.

Rough conditions on I-70 headed to Kansas. Snow Squall warning in effect until 9:15 am frm Burlington to Goodland, KS pic.twitter.com/WRdlSvwdut

As the cyclone moved east, the National Weather Service issued a warning of winter weather and a winter storm from the central plains to northern New England. More than 25 million people live in the hazardous weather alert zone.

On the subject: “Our winters are not like they used to be”: what happens to the weather in the USA, and where does the fish

Chicago and Detroit are also on the way to the storm.

However, Chicago may not have as much snow as originally predicted. Most likely, precipitation should be expected from 2 to 5 inches (5-12 cm), mainly in the first half of Wednesday, according to the National Weather Service. AccuWeather warned that there was still enough snow in Chicago to keep the roads dangerously slippery.

A snowy commute on Michigan Ave. in #Chicago but temps at 33-34 ° are keeping the drive non-icy for now. 1-3 "forecast across the metro then cold through Thursday with highs in the low 30s.#snow #ilwx @NWSChicago pic.twitter.com/lVKjWUJ7yy

“The corridor, which can get 6-12 inches of snow (15-30 cm), has shifted south of Chicago, but could be concentrated in Detroit, Champaign, Illinois, Fort Wayne, Indiana, and Toledo, Ohio,” the elder said. AccuWeather meteorologist Dan Pidinowski.

More noticeable weather deterioration in Chicago, strong gusts of wind and the formation of large waves along Lake Michigan are expected.

This morning, @JenCarfagno was live in Chicago, where potential flooding and erosion from Lake Michigan has people in the area concerned. pic.twitter.com/5wb8sURCS1

According to AccuWeather, by February 27, the most abundant snow will cover areas of upstate New York and upstate New England. According to Weather Channel, a significant amount of snow will fall in typical snow zones of the Great Lakes, since the cyclone will run there from February 27 to 29.

After the storm has passed, severe frost and winds will be the main weather feature in much of the East. The weather service promises a “cold end of February”.

According to AccuWeather, the wind can be strong enough to cause accidental blackouts.

Black ice on the roads and extreme snowfall: a powerful winter storm rages in the USA

Cholera, smallpox, 'spanish': the most terrible pandemics in human history