Home In the U.S. Strong winds, rains and snowstorm: the weather in the USA will sharply worsen over the weekend

Strong winds, rains and snowstorm: the weather in the USA will sharply worsen over the weekend

In the wildfire-ravaged western states, it is finally getting much-needed rain, but it will come at a price: very strong winds will spearhead a large weather system that will bring rain and snow. Writes about it CNN. 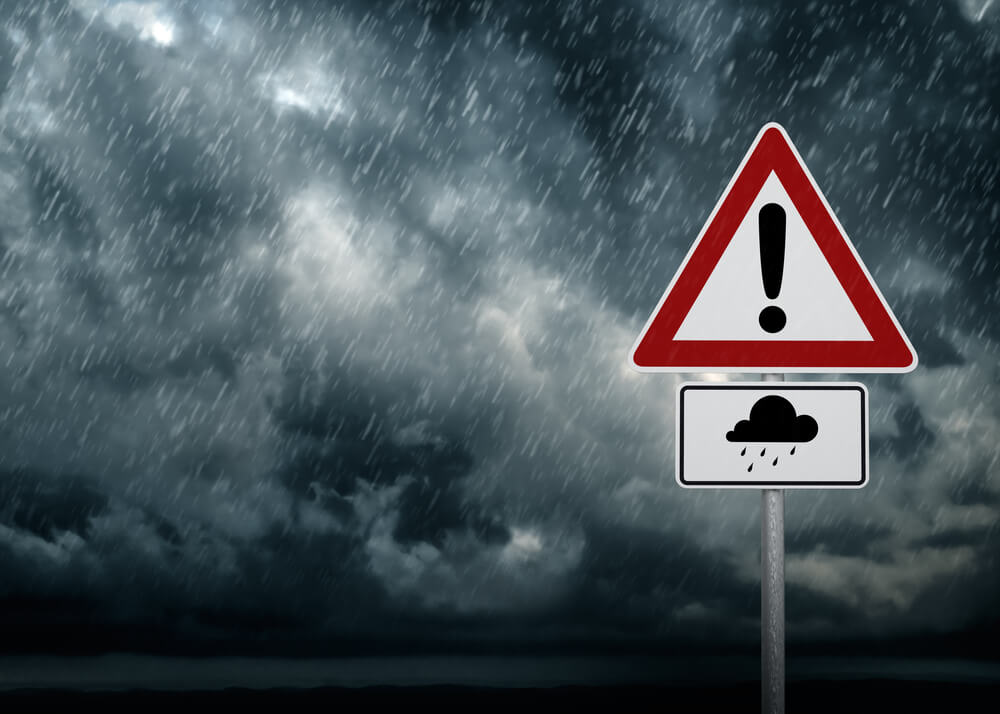 Parts of California, Nevada, Arizona, Utah and Idaho are just a few of the areas at increased risk of fires on Friday, November 6. For more than a third of Nevada, the risk of fire is very high.

Throughout most of Nevada and parts of eastern California, the wind will pick up on Friday morning, November 6, and continue throughout the day, sometimes at speeds of up to 50 mph. This is a concern because gusty winds, droughts and low humidity increase the risk of fire.

The heaviest rain will fall in the Pacific Northwest, where 1 to 3 inches (2,5-7,6 cm) of rain is expected. But in some places it can rain more than 4 inches (10 cm) over the weekend. 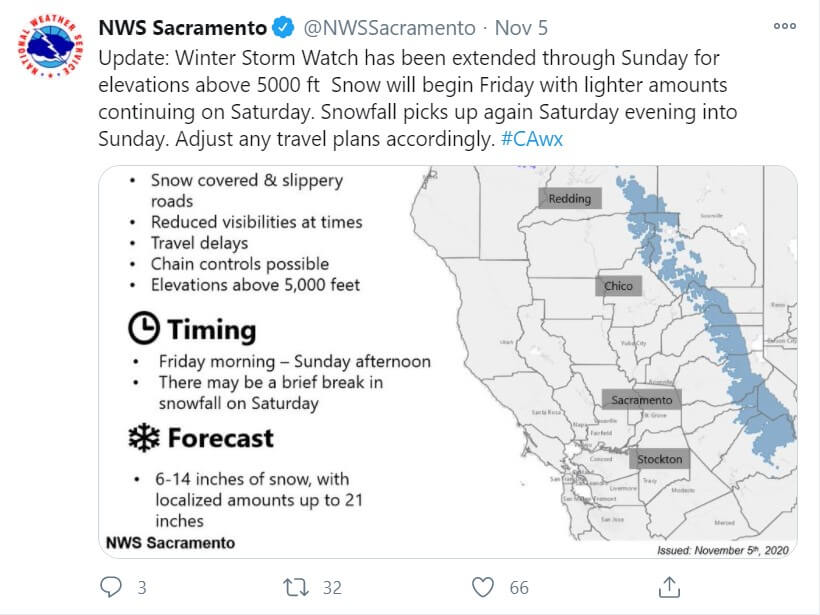 In the Rocky Mountain areas, especially Montana and Colorado, more than 1 foot (30 cm) of snow can also fall on higher elevations on weekends.

Salt Lake City, Las Vegas, Phoenix and Boise, Idaho will see a dramatic change in temperature over the next 24 hours. These cities will move from high temperatures on Friday, November 6 (20 degrees above normal) to temperatures 10-15 degrees below normal this weekend, November 7 and 8.

On the subject: From Nuclear Race to Global Warming: Challenges the World Forgot About Coronavirus

As of Thursday, November 5, Las Vegas had 199 recorded days without rain. Since there is no chance of rain in the forecast for Friday, November 6, it will most likely become the 200th day. But rain is predicted on the weekend. However, the 1959 record of 150 consecutive days without rain was broken anyway.

Well today marks 199 days of no measurable rainfall in #Vegas!

🌧️There is a slight chance that the dry streak may end SAT ... but better chances exist SUN.

Main impacts will be hazardous roadway conditions since it's been so long since we've had wetting rain. #NVwx #CAwx #AZwx pic.twitter.com/XA2V2BLV8M

The lack of measurable rainfall since April 20 in Las Vegas has also contributed to more than half of the state experiencing extreme drought conditions (level 3 of 4).

This is not the only area experiencing drought. More than 80% of the territory of Arizona is in extreme drought conditions. There has been no noticeable rainfall in Phoenix since August 20, but this may change as rain is predicted from Saturday, November 7, albeit small.

Residents of downtown Los Angeles and Riverside, California, may have forgotten what rain looks like as they haven't had any measurable rainfall since May 18 and April 12, respectively. Rain is expected this weekend in both cities.

Top 10 best cities to live in the world

American weirdness: a Russian-speaking immigrant spoke about the peculiarities of life in the USA