Home In the U.S. Severe tornadoes, hail and destructive wind: the weather in the USA will sharply worsen again

Severe tornadoes, hail and destructive wind: the weather in the USA will sharply worsen again

Severe weather is likely to return to millions of Southern residents by Thursday, March 25, affecting areas where long hurricanes have already swept through last week. It is reported by CNN. 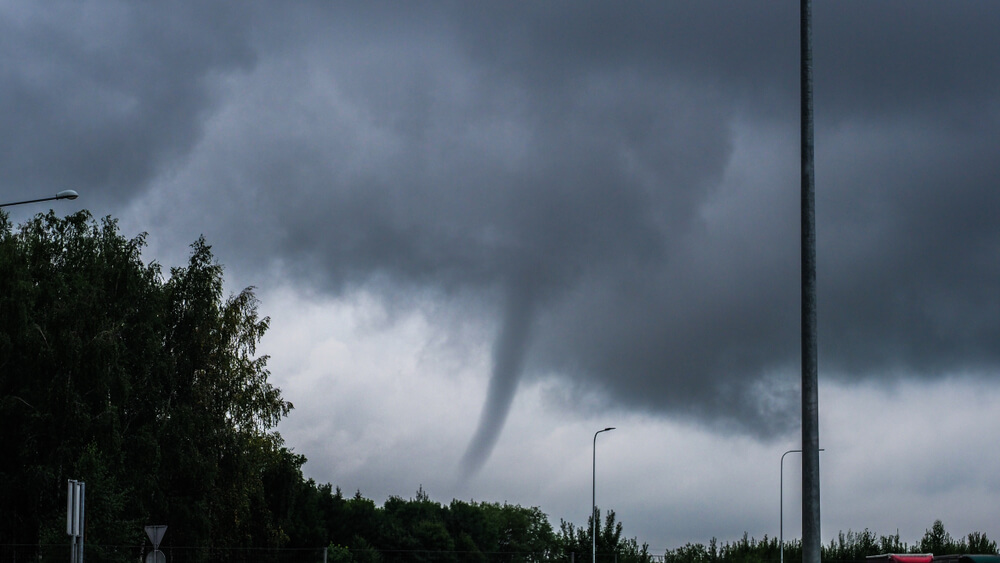 “The potential outbreak of severe storms, including severe tornadoes, large hail and devastating winds, will occur throughout March 25 and late that day in the lower Mississippi Valley and southeastern states,” the Storm Prediction Center (SPC) said.

The latest forecast shows an "increased risk" of severe storms in Arkansas, Louisiana, Mississippi, Tennessee and Alabama. According to the SPC, this 3 out of 5 risk level means “multiple severe storms are possible” with heavy hail, destructive winds and tornadoes.

“All the pieces will come together on Thursday, March 25, for another major outbreak of bad weather in the south,” CNN meteorologist Chad Myers said. "The very humid air of the Gulf of Mexico, combined with strong upward movement, will cause several cycles of severe weather, including rotating storms that could trigger tornadoes."

Just last week, states, including Mississippi and Alabama, took the brunt of severe storms. National Weather Service offices confirmed 41 tornadoes on Wednesday and Thursday (March 17 and 18), which covered a total length of nearly 210 miles (338 km) in the south.

On the subject: 'It looks like hell': a terrible fire tornado caught on video in California

The probability of a tornado on the evening of March 24

Another active weather regime that is establishing itself throughout the country is the formation of systems that will cause new storms.

On Tuesday, March 23rd, the system, located above the central plains, followed towards the Midwest, but on Wednesday, March 24th, it moved north and east. Now attention is back to the west, to the next weather system.

On Wednesday March 24 and night of the same day, SPC predicts the likelihood of severe weather from central Texas through the Mississippi, with the highest risk in southeastern Arkansas, northeastern Louisiana and western Mississippi. This region is in the 2 out of 5 categories (“low risk”) for severe weather conditions.

During the day, the southern plains may experience several pinpoint storms with heavier rain near Panhandle, Texas.

On the night of March 24, the process will become more active, as a line of storms forms, carrying the risk of mainly high winds and hail, but also the likelihood of a tornado closer to the Gulf Coast.

These storms will be accompanied by heavy rainfall, which could lead to flooding in parts of the South.

“Due to the many storms in the region, it is expected that 1-2 inches (2,5-5 cm) rain will be widespread in the forecast area,” the NWS office in Jackson, Mississippi said.

Storms on March 24 will move eastward, focusing deep in the South on March 25, as the risk zone for a major storm is likely to widen and become more significant. Severe storms will be possible from the Gulf Coast to Ohio.

Some of these storms could cause "devastating winds" and "tornadoes might be violent" for parts of the South, the National Weather Service office in Birmingham said.

It is too early to figure out the exact time of these storms, but the computer model suggests that several storm cycles are possible during the day of Thursday, March 25, and on the same night.

The forecast shows that atmospheric conditions will be favorable and "support supercells capable of producing violent tornadoes and large hail," the SPC said in a statement.

Most of the South will be dry by Friday, March 26, with the exception of parts of Georgia and North and South Carolina, where light showers and occasional thunderstorms may persist.