Home In the U.S. Strongest winds in California lead to new fires and power outages

The low-pressure system, located above Great Basin and the Rocky Mountains, created a huge pressure difference between the Mountain West and California, pushing cold and dry air into the state and creating powerful offshore winds. SF Gate. 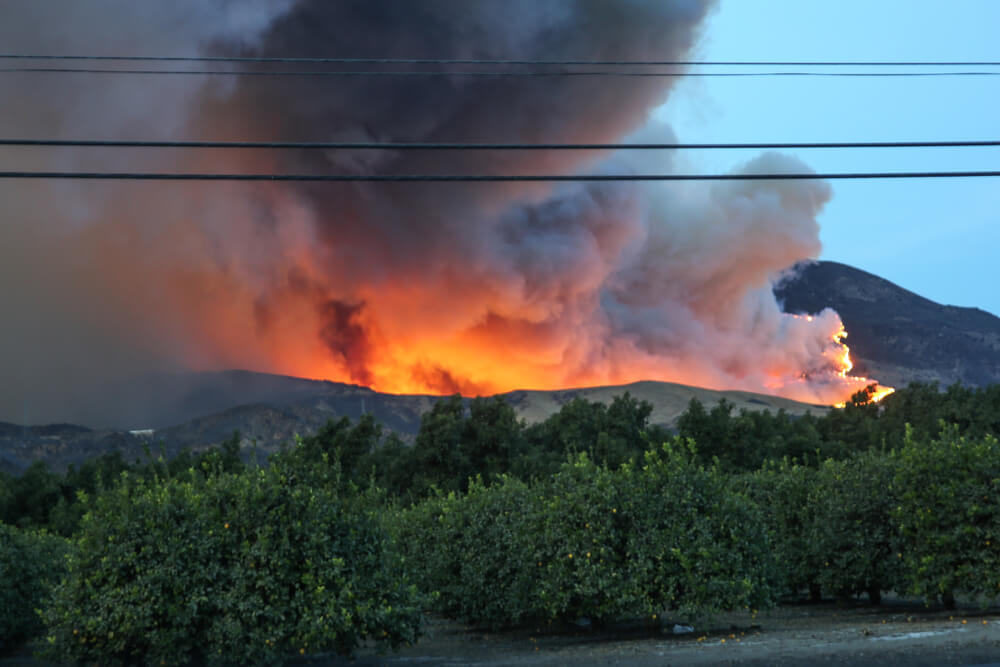 Strong gusts of wind pierced mountain peaks, broke through valleys and made their way to the coast on the morning of Monday, October 26th. This wind has already been named the strongest in California in 2020. Humidity levels dropped to single digits, which, combined with windy weather, created extremely critical conditions for wildfires, with many small outbreaks occurring in just one night.

The Tahoe Basin experienced some of the highest wind speeds, and the National Weather Service confirmed an official 94 mph (151,2 km / h) gauge at the peak at Alpine Meadows.

On the subject: Fires in California have reached unprecedented proportions in history: even a new term was needed

“There may have been a 140 mph wind here this morning,” Fuentes said. “The sensor is right at the top of the ridge, so it can get more localized bumps in the wind. There is no way to test it. "

Scott Rowe, a weather forecaster at the Sacramento weather office, agreed and said it was difficult to say if the 140 mph (225,3 km / h) gust was real, or a result of faulty equipment.

In Southern California, the weather service recorded a gust of 96 mph (154,4 km / h) in the San Gabriel Mountains south of Santa Clarita.

In the fall, California is often hit by sea winds, but this event was considered especially serious, since the gusts of wind are not limited to the hills and blowing into the valleys. There were reports of fallen trees and branches, and damage to power lines throughout the region. PG&E proactively cut power across the state to reduce the risk of sparks from falling equipment.

On the subject: 'It's awful': how residents escaped toxic air in wildfire California

The winds brought up extremely dry air and the humidity level dropped.

“The air is as dry as possible - desert and sometimes even drier,” Rowe said. "This air mass comes out of the Great Basin, bringing dry air with it."

Numerous fires occurred in the Bay Area, including in the Castro Valley and Healdsburg, but they were all quickly contained.

The United States breaks anti-records for the number of infected with COVID-19: where are the hottest spots

Wildfires, heavy snowfalls, tropical storm: the weather in the USA is getting worse