Home In the U.S. Six products that will rise in prices in 2022

Six products that will rise in prices in 2022

Like last year, food prices are expected to continue to rise in 2022, especially in some positions. EatThis, NotThat! 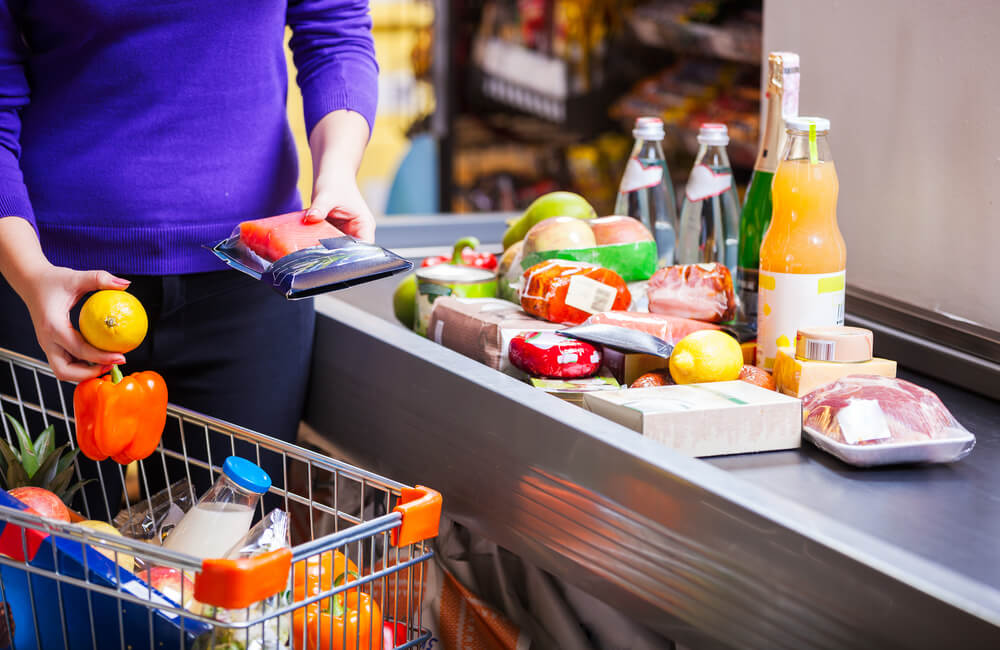 Although food prices remained relatively flat prior to the pandemic (between 2015 and 2019), supply chain problems, labor shortages, and overall strong demand in the United States are now fueling looming consumer price increases.

Manufacturers and grocery stores felt an increased need to supply the goods they needed. This has not only contributed to higher production costs, but in turn has led companies to take measures such as raising retail prices for consumers, and the situation is likely not to improve anytime soon. To better prepare for these changes, here are some staples that will rise in prices in the new year.

Steaks are known to be quite expensive (Costco steaks at Rastelli Market for 18 packs will cost you almost $ 750), but some varieties will soon become even more expensive. Over the past year, prices for beef and veal have risen sharply by 20,1%. The pandemic has caused a severe slowdown in beef production, and this applies to all types of meat, seafood and pork.

On the subject: The first Ukrainian restaurant to open in Washington DC next year

Butchery organizations want to take control to prevent steak prices from staying high in 2022, but these efforts are not yielding as many results as expected.

“The White House Economic Council is once again demonstrating its ignorance of agricultural economics and the fundamentals of supply and demand. They are repeating their September attempts to blame meat and poultry companies for inflation that is not limited to food but “felt throughout the economy,” said Julie Anna Potts, president and chief executive officer of the Meat Institute.

“The answer is that consumer demand for meat and poultry products has never been higher. Members of the Meat Institute are producing more meat than ever before under extreme circumstances to support the economy and get food on American tables, ”she adds.

Chicken prices, like steaks, are up 9% since 2020. National Chicken Council President Mike Brown explained the reason for the price hike. Brown said that “the 9% year-on-year increase in chicken prices is barely outstripping inflation ... other than labor shortages. This is Economy 101. "

Brown added that a shortage of truck drivers and delays in delivery also contributed to the price increase. With these problems still plaguing the food industry, it's safe to say that chicken prices could change even more in 2022.

Companies such as Kraft are some of the world's leading manufacturers of favorite gas stations, but the Kraft Heinz Company intends to inform "customers that it will raise prices on many of its products ... some items will rise in price by 20%." Buyers need to be prepared as the price of mayonnaise is about to change.

Consumers may soon notice the difference in egg pack prices again. In 2021, there was an increase in value of 11,6% compared to the same period last year.

“… At the moment we have decided to raise our prices. We understand that these are difficult times for everyone, and higher grocery bills can only make this worse ... ”wrote the organic egg company Pete and Gerry's. She explained why the prices had gone up.

“In the world of eggs, the cost of high quality organic ingredients for complementary feed for our chickens has reached an all-time high,” says a company spokesman.

The company noted that it had to “make some difficult decisions”, in part due to the workload caused by the pandemic. As they are still ongoing, egg prices could rise in the next few months.

In the fall of 2021, cereal was 5% more expensive than in 2020, and this growth may not end. In a letter to the wholesaler, popular brand General Mills said the company will raise prices on a range of products, including cereals such as Cheerios, cinnamon toast, Lucky Charm's, Wheaties, Reese's Puffs, Trix and others.

Potatoes, celery and other vegetables will have higher prices next year, in part due to higher transport costs.

The USDA's Economic Research Service concluded that looking at the CPI, which tracks inflation, it can be concluded that meals at home rose 0,3 percent from October 2021 to November 2021 and was 6,4. 2020 percent higher than November XNUMX.

The reason for the price hike is simply the result of the many COVID-related problems other companies face. These problems are still wreaking havoc on the food industry and will be felt for some time to come.

Google Maps has a feature to help you avoid speeding tickets: how it works