An invasive hornet species that kills bees and can be fatal to humans has been discovered in the United States and has caused serious concern, reports USA Today... But hornets are not the only threat. The United States remains home to the growing number of deadly insects and arachnids. 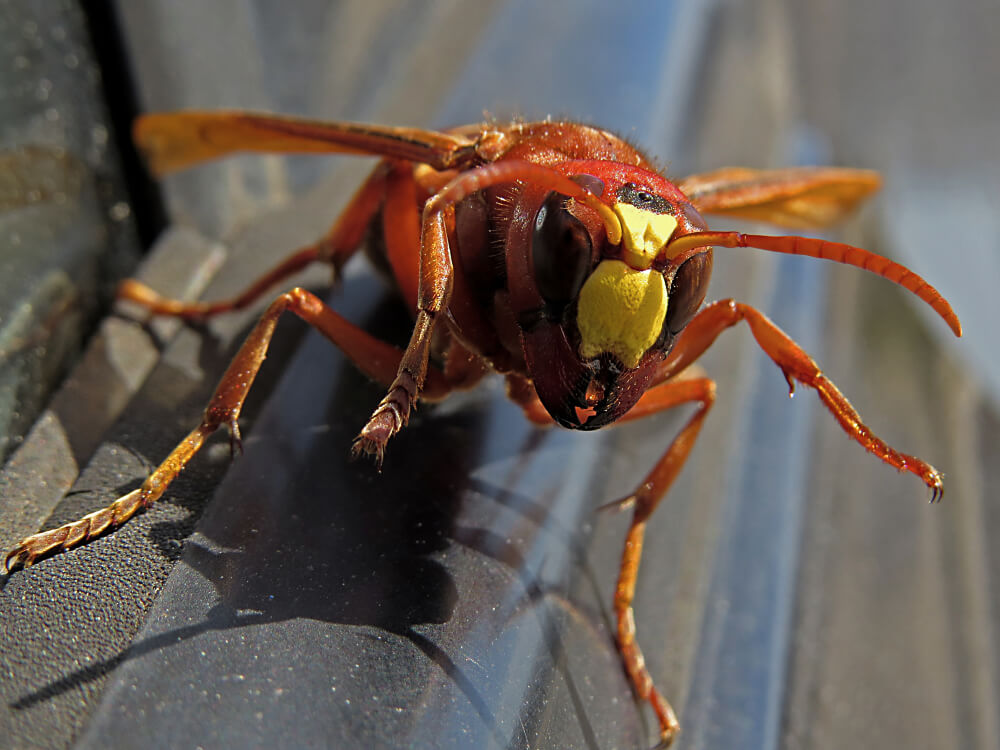 A small number of killer hornets, an invasive species of Asian giant hornet, found in the northwest of the Pacific Ocean. According to the Washington State Department of Agriculture, only two cases of the detection of dangerous insects have been confirmed.

There is good news: you are unlikely to be killed by an insect or a spider if you are not allergic, according to Rick Vetter, a former employee of the entomology department at the University of California, Riverside, who studies insects from a medical point of view.

“My guess is that insect deaths are almost exclusively limited to an anaphylactic response to a single sting from a honey bee or a predatory yellow wasp,” Vetter said. "Fatal encounters with spiders in North America can be counted on one hand."

And yet - what are they, the most dangerous insects in the United States?

Officials are concerned about the damage that Asian giant hornets can do to bees, which are also an invasive species. But bees can be dangerous on their own.

Bees are often associated with animal deaths, for which a professor at Indiana University called them “America’s deadliest animal” in 2015.

“However, among the non-human creatures that cause more deaths in America than any other, bees and wasps are leading. In a typical year, almost 100 deaths are caused by bee stings, ”writes Richard Ganderman.

That number is likely to be underestimated, he said, arguing that many bee-related deaths are often mistakenly attributed to other health conditions, such as a heart attack or sunstroke.

On the subject: Goosebumps: 12 creepy insects that are found in New York. A PHOTO

A 2015 Washington Post study found that spiders kill about 7 people each year.

According to the Centers for Disease Control and Prevention, black widow spiders are found throughout North America, but most commonly in the southern and western United States.

Although fatal bites are rare, spiders produce neurotoxin, which can be dangerous, especially for young children and the elderly. According to Poison Control, sometimes in-patient treatment is required after a bite.

Their bite is often painful, and if it is especially severe, severe pain and muscle cramps can begin after a couple of hours. Some black widow bites cause breathing problems and pain so severe that it can be mistaken for appendicitis or heart attack.

According to Poison Control, the brown hermit spider found in the southern and midwestern states is one of the few whose venom can cause serious wounds and poisoning.

Although you may not notice a bite at first, a brown hermit can destroy human tissue. Necrosis, or the death of tissue cells, is identified when the tissue turns black and forms a crust, which eventually disappears. The poison can penetrate deeper into the tissues, sometimes affecting fat and muscles, and can spread to the rest of the body, which is life threatening.

There is no antidote to the poison of the brown hermit spider, and surgical intervention may be required for deep or infected wounds.

Mosquitoes: “The most dangerous creature on the planet”

Mosquitoes aren't just a nuisance in the backyard; they can bring deadly diseases including West Nile and Zika viruses.

"Mosquitoes are the most dangerous creature on the planet," said Joseph Conlon, technical advisor to the American Mosquito Control Association.

According to the CDC, mosquitoes can spread diseases such as malaria, dengue and West Nile fever, yellow fever, Zika virus, chikungunya and lymphatic filariasis, and kill more people than any other creature in the world.

The most dangerous scorpion species in the United States is found in Arizona, as well as in parts of California, Nevada, New Mexico, Texas, and Utah.

According to Poison Control, a scorpion bite causes painful tingling and abnormal muscle activity, such as muscle twitching, unusual eye movements, slurred speech, or difficulty swallowing and breathing. Other symptoms, including agitation, high blood pressure, and changes in heart rate, can quickly develop and last for several hours.

Death from a scorpion bite is very rare, and serious symptoms are usually observed only in young children.

2 years in complete isolation: how the US tried to “master” other planets and why nothing came of it

Causes terrible pain and suffocation: why battery-powered toys are dangerous for children

'Life on the planet was and is': a former NASA scientist found bees and snakes on Mars

Every year Americans eat more and more processed foods: how it affects health

How to learn a foreign language without forgetting: a revolutionary method from a legendary linguist

Robbers staged a massacre on an American's farm in Costa Rica: 6 people died