Home In the U.S. Hurricane Season: Despite Early Records, 98% of Storm Activity Still Ahead

So far, the 2020 Atlantic hurricane season is an example of why just counting the number of tropical storms and hurricanes does not tell the whole story, even if another storm set a record for early occurrence. Weather.com. 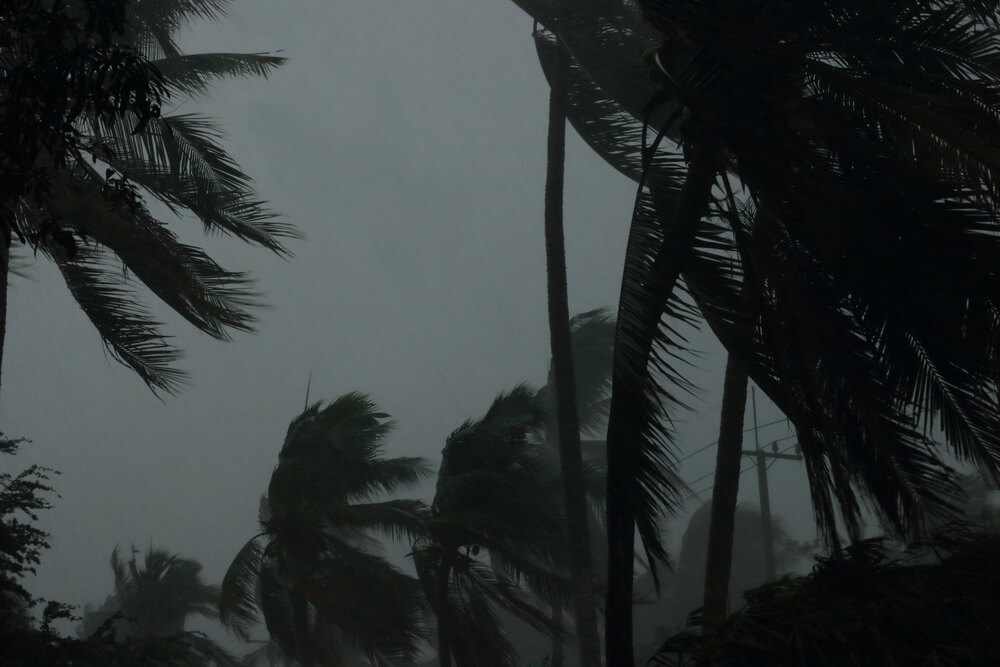 Arthur and Bertha formed in May, before hurricane season “officially” began. This year was only the sixth, since 1851, when two storms with names had already formed by June 1, recalls meteorologist Phil Klotzbach.

According to Klotsbach, Cristobal and Edward became the earliest third and fifth storm in history with names respectively.

So, the 2020 hurricane season began at a record pace, outstripping the average season by about 8 weeks, according to the National Hurricane Center.

A large number of storms still mask the fact that these storms were short-lived. On May 27, Bert's tropical storm formed and just an hour later came ashore near Charleston, South Carolina.

Tropical storm Dolly got its name on June 23 and in less than a day turned into residual phenomena. Less than two weeks later, the same fate befell Edward's storm.

Meteorologists use a measure called the ACE Index - short for "stored cyclone energy" - to not only count named storms and hurricanes, but also to account for their intensity and duration. Long-lived intense hurricanes have a high ACE index, and short-lived, mild tropical storms have a low.

Since these five tropical storms did not last long, it turns out that the ACE index is not abnormal, compared with the average before July 7, according to data compiled by Klotzbach.

According to this indicator, 98% of the activity of the middle hurricane season still remains for a time after July 7th.

If you think of hurricane season as a meal at your favorite restaurant - which is sorely lacking due to the COVID-19 pandemic - imagine that you've already ordered food, sipped on drinks, but haven't brought snacks and main meals yet.

Seasonal forecasts continue to insist that there will be a season of overactive hurricanes in 2020.

The latest forecast released July 7 by Colorado State University is that 20 named storms are expected in the season, 9 of which are expected to be hurricanes and 4 of them to be major Category 3 or higher hurricanes.

This forecast is much higher than the 30-year (1981-2010) average value, including 13 named storms, 7 hurricanes and 3 major hurricanes. It also includes 5 named storms that have already formed this season, so meteorologists expect another 15 named storms to form by the end of the hurricane season.

In other words, if the hurricane season began today, and the five named storms had not yet occurred, the season itself would still have received activity above average if the forecast were confirmed. The latest CSU forecast is consistent with forecasts previously published by NOAA and The Weather Company, an IBM division.

There are a number of factors that may play a role in the upcoming active season.

First, a vast area of ​​the tropical and subtropical Atlantic Ocean is warmer than average. According to an analysis from the University of Miami, the Caribbean and some surrounding areas contain a reservoir of warm water below the surface that is a kind of jet fuel for tropical storms and hurricanes. Klotzbach says the absence of El Niño and a strong West African monsoon also favors the active season.

Why you should not be guided by calculation of storms

Although the greater the number of named storms and hurricanes increases the likelihood of their landfall, there is no clear correlation between the number of storms or hurricanes and the intensity of the season.

For example, the 2010 Atlantic season is associated with the second largest number of hurricanes (12) and the third largest number of storms with names (19) in history. Despite all this, only one tropical storm that year hit the land of the mainland, and not a single hurricane.

Thus, the season was very active, but the impact on the mainland of the United States was relatively low: winds kept storms and hurricanes away from the coast.

Moreover, seasons that are quite inactive in the number of storms can have a completely different effect on the mainland.

The 1992 hurricane season produced only 7 storms. However, one of them was Hurricane Andrew, which received category 5. He destroyed South Florida and became the most expensive hurricane in US history.

The 1983 season was even quieter than the 1992 season. Only four named storms are the weakest Atlantic hurricane season in terms of number of storms since 1930. But one of those four storms was Hurricane Alicia. This Category 3 hurricane hit Houston with high winds that shattered windows in city skyscrapers, claimed 21 lives, and was a billion dollar disaster in itself.

The hurricane season can bring many storms, but have little impact, or deliver few storms, but one or more of them will be serious. That is why residents in the hurricane zone must prepare for the elements every year, regardless of the seasonal forecast.

The happy streak ended with a mass landfall

According to statistics from the NOAA Hurricane Research Division, in the US, on average, one to two hurricanes land on land per season.

In 2019, two hurricanes came ashore in the United States - Barry in Louisiana and Dorian in North Carolina.

In 2018, four named storms hit the U.S. coastline, with hurricanes Florence and Michael striking the coast a month apart.

In 2017, seven of these storms affected the US coast, especially with Hurricanes Harvey, Irma and Maria, which hit Texas, Florida and Puerto Rico, respectively.

Before that, the United States had a bit more luck.

According to Alex Lamers, an expert at the National Meteorological Service, over 10 years (from 2006 to 2015) the total number of hurricanes that hit the US was 7. This was a record low for any 10-year period since 1850, and well below any average ten-year period. indicator (17 hurricanes). During this time, not a single powerful hurricane came to land.

Therefore, it is impossible to know for sure whether a powerful hurricane strike will occur this season. Even a mild tropical storm raining down on the US can cause serious problems, especially if it moves slowly and causes flooding due to heavy rains.

Heavy rains and massive floods: a new storm will fall in the southeastern United States