From Chernobyl to Greta Thunberg's UN speech: 11 events to remember 2019

2019 is coming to an end, taking with it a whole decade. So much has happened in it that it would have been more than enough for several years. Among them were grandiose discoveries that excite the soul, and events that will go down in history. Edition AdMe.ru enumerated what the outgoing year was remembered for and assembled a mosaic of the 11 most significant moments of the final chord of the 2010s. 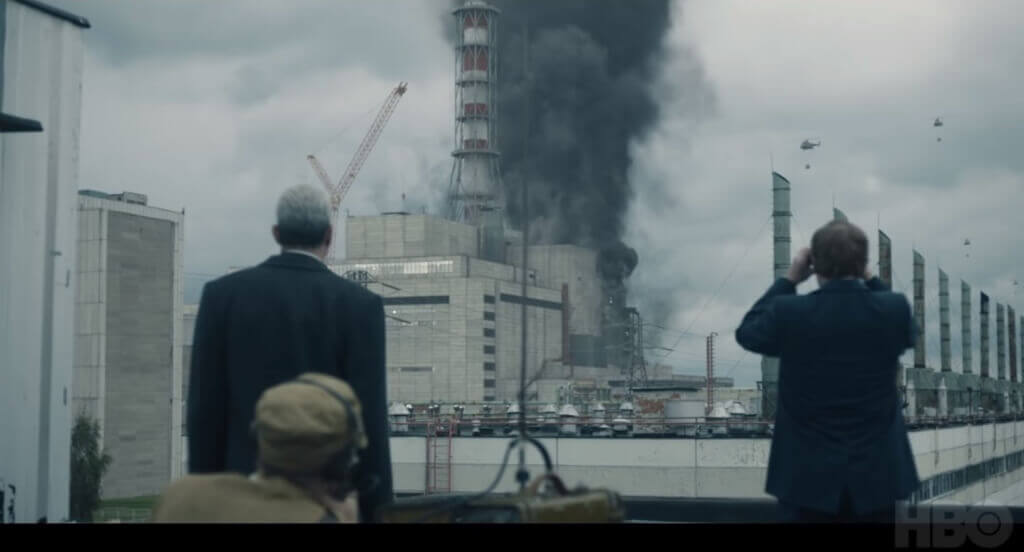 In April, the planet was stunned by an incredible discovery: for the first time, scientists showed the world a photograph of a black hole located in the galaxy M87 and entering the constellation Virgo. As the researchers explained, this space object is 3 million times larger than the Earth. In order to capture the black hole in the picture, we had to attract 8 telescopes. And to process the photo received back in 2017, it took about 2 years.

By the way, the colors in the image are conditional. They could be made green, yellow or pink, since the original image from the telescopes is obtained in monochrome.

2. "Joker" became the most profitable movie adaptation in the history of cinema

Over the 5 weeks of rental, the world box office of the movie “Joker” reached $ 957 billion. The profit from the film exceeded 15,3 times its budget, which amounted to $ 62,5 million. Thus, the film adaptation of the comic book broke the record for the film “Mask” with Jim Carrey in the main role, which managed to raise $ 351 million with a budget of $ 23 million.

3. In the Notre Dame Cathedral, a fire occurred

In the spring there was a fire in Notre Dame Cathedral - one of the main attractions of the French capital. Soon, President Emmanuel Macron arrived at the scene. On his Twitter page, he wrote: “Notre Dame de Paris is on fire. The whole nation is going through. My thoughts are with all Catholics and with all French. Like all my fellow citizens, today I am sad to see how this part of us is burned. "

The cause of the incident has not yet been clarified. According to firefighters, restoration work could have contributed to the fire, for which scaffolding was erected around the cathedral.

NASA astronauts Christina Cook and Jessica Meir made the first ever exclusively female spacewalk, which lasted about 7 hours. During this time, the girls replaced the battery, which failed, and successfully completed a number of additional tasks. Christina has been going out into outer space 4 times, and Meir - for the first time.

5. In Antarctica, an iceberg the size of two New York began to chip

Iceberg is 2 times the size of New York, about 1 square meters. km, separated from the Brant ice shelf in Antarctica. It can be the largest in the last century.

Cracks in this area were first noticed in October 2016. According to a NASA report, it is not yet known how this will affect future research and the presence of people on the glacier. 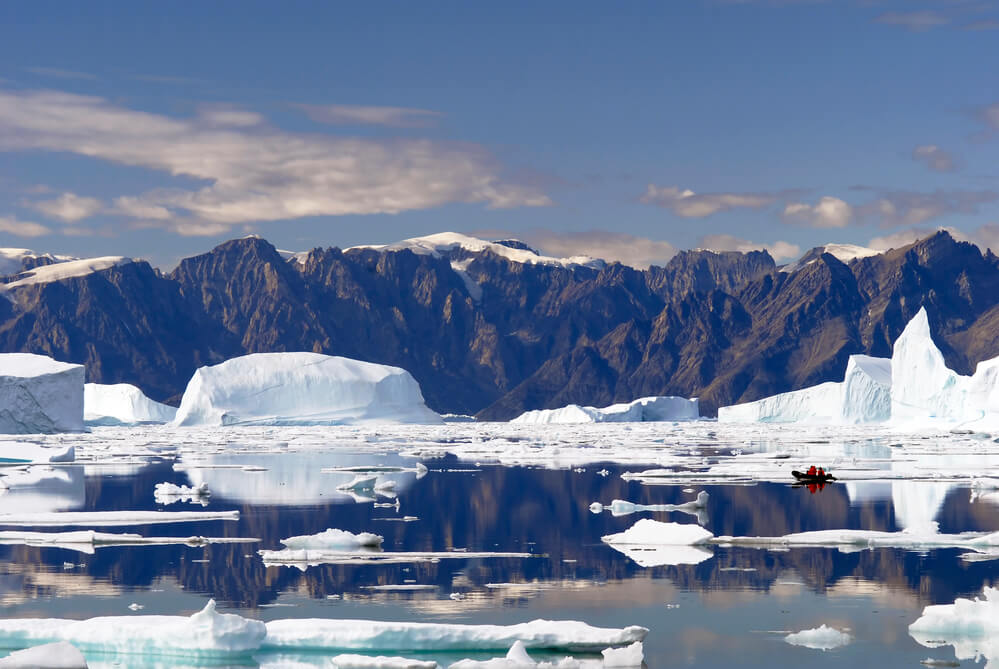 6. The rapid rise in popularity of TikTok

The social network TikTok was ahead of Instagram in terms of the number of downloads on the App Store and Google Play. An unusual service continues to win the hearts of users around the world: everyone who is ready to shoot a fun 15-second video has a chance to collect hundreds of likes and even become famous on the whole Internet.

The application appeared in China in 2016, it was developed by ByteDance. It was formerly called Douyin, but after rebranding in 2018, it was renamed TikTok.

7. Chernobyl became the most popular series in history

The Chernobyl mini-series from the American television channel HBO overtook the Game of Thrones in terms of audience ratings, and, according to IMDb, topped the top of the most popular series in history.

On the subject: 'Everybody twists my life': the first interview of Lyudmila Ignatenko after the series 'Chernobyl'

The script for Chernobyl was written by Craig Meisin, who made a name for himself on Hollywood comedies. In his free time, he studied the information about the Chernobyl accident for several years. Initial curiosity gradually grew into admiration for the heroism of Soviet citizens, and Meisin came up with the idea to film the history of the disaster.

In May 2019, the first group of 60 Starlink near-Earth satellites developed by SpaceX was launched. Their goal is to create a network of cheap satellite Internet. If successful, Starlink will be able to provide people around the world with broadband access to the network.

On the subject: Internet for the whole planet: what global satellite providers will change

9. Speech by Greta Tunberg at the UN

The 16-year-old girl from Sweden, Greta Thunberg, who became famous for her efforts to combat climate change, spoke at the opening of the UN summit in New York. In order to get to the city, she crossed the Atlantic Ocean on a sailing yacht. 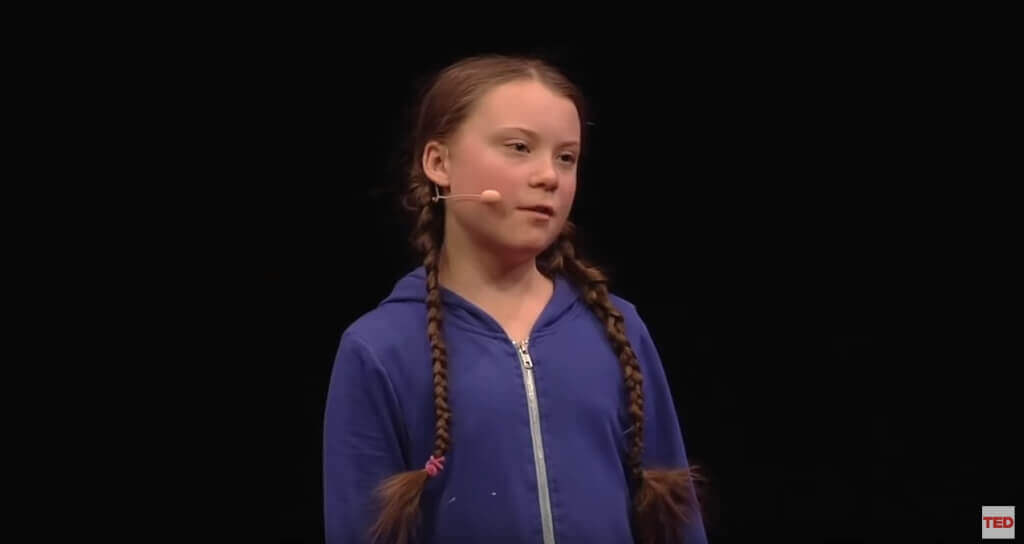 At the summit, the Swede criticized world leaders for their inaction on climate and environmental issues: “All this is wrong. I should not be here, I should return to school. You stole my dreams and my childhood with your empty speeches. Mass extinction begins, but all you can talk about is money and tales of endless economic growth. How dare you?!"

In addition, the activist became the man of the year according to the American magazine Time.

10 Megan Markle and Prince Harry give birth to firstborn

The whole planet seemed to be waiting for Meghan Markle and Prince Harry to finally become parents. Archie's newborn baby was born in May and became the 7th in line for the British royal throne.

11. The Google+ service has stopped working

Google closed the Google+ social network for ordinary users and left only the version for corporate clients. The company acknowledged that the social network launched in 2011 could not win the love of users: 90% of sessions are less than 5 seconds. In addition, Google spoke about the problems encountered with the protection of personal data of account holders.

Where the money goes: 10 things for which Americans overpay $ 7400 a year

11 things that will be sold in January for a penny

Eight alternatives: what you can do with a Christmas tree to avoid throwing it away