Seven favorite Soviet sweets that are not sold in the USA

Many not only children, but also adults love sweets. And when a Russian-speaking family goes to live in the United States, they find that some of their favorite delicacies are not on the shelves. author blog "50 shades of New York", which is on Yandex.Zen, told what she personally lacked the most. 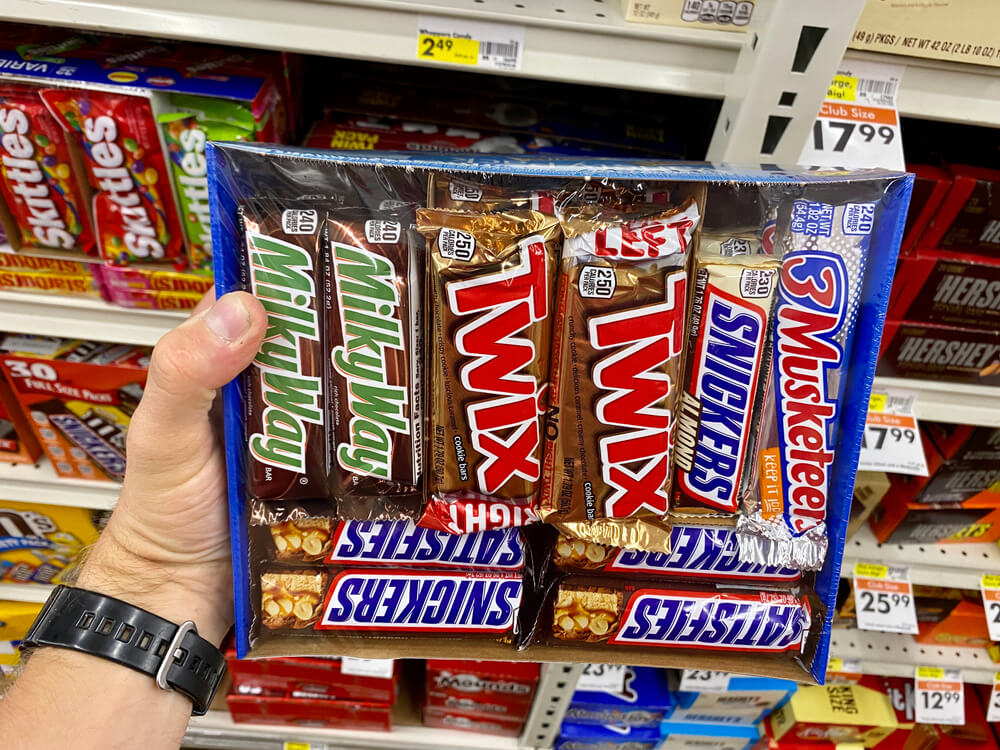 “When I moved to New York, I realized that I would not see many familiar desserts here, but it was a complete surprise to me that some chocolates, which are traditionally considered American in Russia, are not sold in stores,” the author writes.

A big surprise for her was the lack of a Bounty coconut bar. You can find something similar, for example Mounds, but it is covered with dark chocolate, or Almond Joy, but it contains almonds.

Bounty has been discontinued in the country since the 1990s. Now it is imported from Europe, but to buy it, you need to look well.

“You can hardly find the classic Soviet marshmallow in other countries, as well as what we used to call marshmallow. In the United States, they never heard of them. The favorite airy sweetness here is marshmallow, which is very different in taste and composition, ”explains the immigrant.

Moreover, this sweetness is translated there as marshmallow, so when you come across the word "marshmallow" in the translation of the American recipe, be prepared that this is an American airy marshmallow.

“I like marshmallows much more than marshmallows, and my husband and children, who adore airy sweets, are absolutely delighted with it. So we don't miss marshmallows at all, ”the blogger said.

Chupa Chups is a Spanish sweet not familiar to North Americans. Of course, there are other similar lollipops here, for example Tootsie Roll Pop.

“They are very popular because young children often get their hands dirty when they eat regular candy. It is much more hygienic and more convenient to buy lollipops for them. The absence of the usual Chupa Chups does not upset us. There are many alternative tasty options here, ”the author emphasizes.

Chocolate eggs with a surprise

“Probably no sweets brought my children as much joy as Kinder Surprise. In the United States, chocolate eggs with a toy inside have been banned since 1938. A law was passed stating that inedible items should not be inside edible items. I think in a sense it is advisable, because if you do not see it, a small child can choke on anything, ”writes the immigrant.

But in 2003 the company came up with a way out. Now the edges of the capsule protrude beyond the egg, so it is immediately clear that there is something inedible inside. Such sweets were allowed for sale, but it is still forbidden to invest in prefabricated toys. Instead of Kinder Surprise, Americans prefer Kinder Joy.

The famous Choco Pai was invented in the United States, but it is produced by a Korean company, and in the States it remains unknown. The dessert that most resembles it is called Moon Pie, but it is usually square in shape with a different filling.

“This is another product that is widespread only in the post-Soviet space. Although from the middle of the XNUMXth century to the beginning of the XNUMXth, condensed milk was very popular in the United States - it was even included in the soldier's diet. But after the First World War, production became too expensive and soon it was completely curtailed, ”the blogger states.

Instead of condensed milk, Americans eat other sweet pastes, such as peanut and chocolate. They are spread on bread or eaten with a spoon straight from the jar.

Personal experience of a businessman: how much taxes do I pay in the USA and Russia