Home Incidents The largest organism on Earth lives in the USA: its mass is 6000 tons.

In the Wasatch Mountains of the western United States, on the slopes above a lake fed by springs, there is a single giant organism that provides an entire ecosystem that plants and animals have relied on for thousands of years. Now this organism is going through hard times. Edition Science Alert told what was happening. 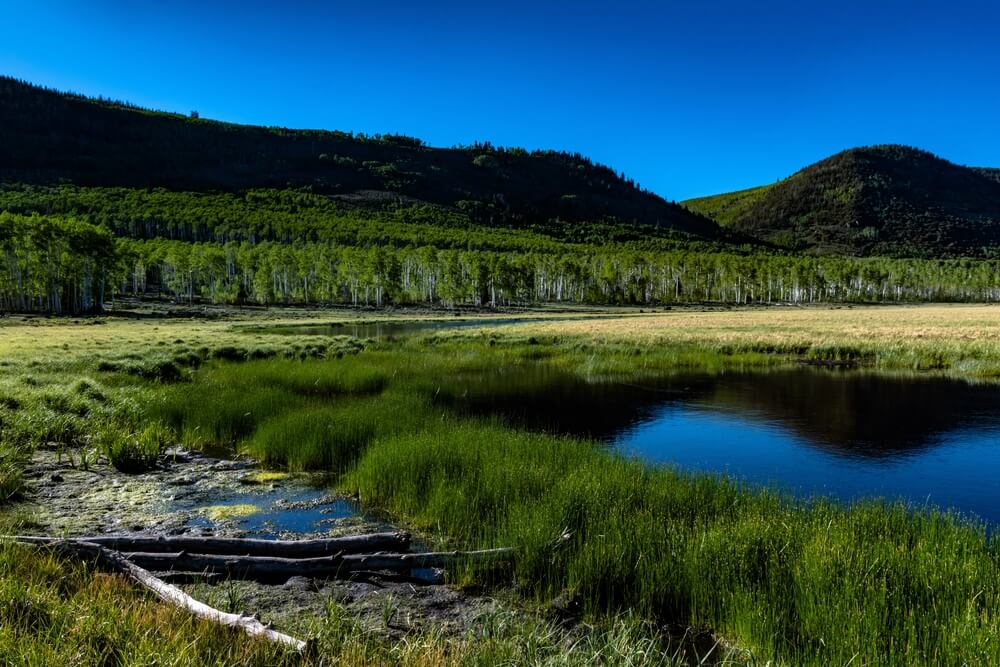 While it looks like a forest of individual trees with striking white bark and small leaves fluttering in the lightest breeze, Pando (from the Latin for “I spread”) is actually 47 genetically identical stems that sprout from an interconnected root web.

This single genetic specimen weighs about 6000 metric tons. By mass, it is the largest single organism on Earth.

Aspen trees tend to form clonal plantations elsewhere, but what makes Pando interesting is its sheer size. Most clone plantations of aspen in North America are much smaller, and the western United States averages just 3 acres (1,2 ha).

This giant living organism has been around for thousands of years, perhaps even 14, although most stems only live for about 000 years. Its longevity and remoteness means that an entire ecosystem of 130 species of plants and many animals has been developed and supported by it.

This entire ecosystem depends on the aspen to stay healthy and upright. Pando is under the protection of the US National Forest Service, so it is not in danger of deforestation, but the body can still disappear due to a number of other factors.

Overgrazing by deer and elk is one of the biggest problems. Wolves and cougars once held back their numbers, but now the herd has increased due to the disappearance of these predators.

On the subject: More than 2050 billion people will face water shortages by 5 due to climate change

Deer and moose are happy to gather in Pando, as the protection of the forest means that they are not in danger of hunting there.

When old trees die or fall, light reaches the bottom of the forest, which stimulates the growth of new clonal stems. But when the animals eat the tops of the newly forming stems, the plants die. Therefore, in large areas of Pando, there are very few neoplasms.

The exception is one area, which several decades ago was fenced off to remove dying trees. This fenced-in area has excluded moose and deer and has witnessed the successful regeneration of new clonal stems with dense growth called the "bamboo garden".

In addition, old stems in Pando are affected by at least three diseases: ulcers, leaf spot and fungal diseases.

While plant diseases have evolved and flourished in aspen plantations for millennia, it is not known what the long-term impact on the ecosystem could be given the lack of new growth and the ever-increasing list of other pressures.

The fastest growing threat is climate change. This giant living organism was born after the end of the last ice age. Since then, he has dealt mainly with a stable climate.

Of course, he lives in an alpine region surrounded by desert, which means that he is not alien to warm temperatures or droughts. But climate change is threatening the tree's size and lifespan, as well as the entire ecosystem.

While no scientific research has focused specifically on Pando, aspen stands are grappling with the pressures of climate change, such as reduced water supplies and warmer weather early in the year, making it difficult for new leaves to form on trees, leading to fewer numbers.

With increased competition for ever-depleting water resources (the nearby lake is out of reach of the root system), temperatures are expected to continue to rise to record highs in the summer, and the threat of more severe wildfires is expected to increase. Pando will certainly fight, but will he be able to keep his size.

However, Pando is resilient and has already experienced rapid environmental changes, especially when European settlers began to populate the area in the XNUMXth century or after the rise of recreational activity in the XNUMXth. It has already dealt with disease, wildfires, grazing and remains the world's largest scientifically recorded organism.

Despite all the reasons for concern, there is hope as scientists help uncover the secrets of Pando's resilience as conservation organizations and the US Forest Service work to protect the organism and its associated ecosystem.

Alone in the White Silence: How a Volcano Caretaker Lives in California

Scientists warn: all modern youth will face a difficult life due to heat and cataclysms