Home At home Air Serbia plane stuck in Moscow: it cannot fly due to a minor breakdown, and there are no parts for repairs

Air Serbia plane stuck in Moscow: it cannot fly due to a minor breakdown, and there are no parts for repairs

Air Serbia's Airbus A320 was blocked in Moscow, as it needed minor repairs in Russia, but it could not be agreed with the American supplier of parts and aircraft manufacturer Airbus, reports TheIns. 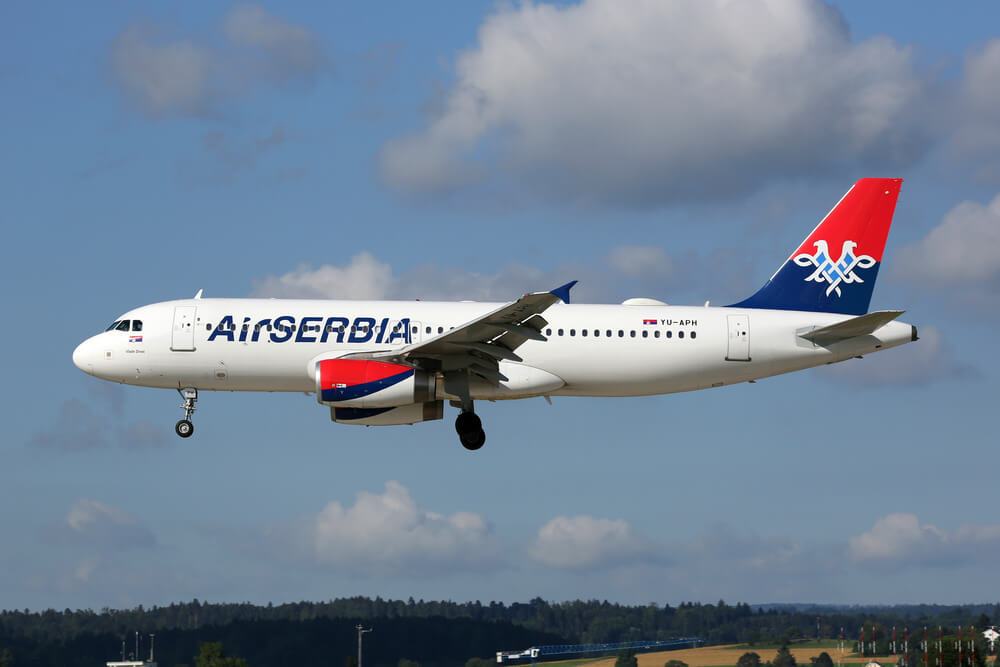 According to the passenger of the canceled flight, Vladimir Mazurin, the plane was supposed to fly from Moscow to Belgrade on May 26 at 23:00. The commander of the ship announced the final cancellation of the flight at 05:00 the next day. At the same time, he attributed the cancellation to problems with the engine casing. All those who bought tickets were accommodated in a hotel, and in the middle of the day, an Air Serbia representative assured passengers that the repair was completed, but it had to be coordinated with the Airbus aircraft manufacturer.

On the subject: Couldn't live there anymore: Russian journalist fled the country due to censorship

On May 28, it became known that it was impossible to obtain a flight permit due to the position of the supplier of the broken part, Collins Aerospace. According to Flightradar24, the Airbus A320 with tail number YU-APH is still in Moscow, while Air Serbia has begun flying to Belgrade on liners with fewer seats.

According to Mazurin, the passengers of the canceled flight were able to fly to Serbia only on May 30 at 02:00 on a plane taken from another route.

“Ordinary passengers turned out to be hostages of this situation,” Mazurin said. — One foreigner, who spoke neither Russian nor English, did not understand that people were being accommodated in a hotel, and spent several hours without food and water at the airport, because he did not have cash, and the card did not work. A disabled person was also supposed to fly on the plane, his relatives had to carry him around the floors all night.

After the outbreak of war in Ukraine, the world's largest aircraft manufacturers Boeing and Airbus suspended the supply of spare parts, as well as stopped providing maintenance and support for Russian airlines. They were joined by Raytheon Technologies, which includes Collins Aerospace. Boeing has also suspended pilot training in Russia.

Engine manufacturer CFM International has notified Russian airlines of the suspension of all deliveries of aircraft parts to Russia. Russian airlines use about 800 CFM56 engines. They are equipped with the most popular Airbus A320 and Boeing 737 aircraft.

On March 3, the Brazilian aircraft manufacturer Embraer announced a similar decision. And the American company Jeppesen notified the Russian Pobeda that it was stopping the transfer of aeronautical information to it.

At the end of May, the Chinese authorities banned the flights of Russian Boeing aircraft, making an exception only for transit flights. First of all, the cargo airline Aviastar-TU suffered from this ban. It is the main partner of the AliExpress marketplace, popular in the Russian Federation, as well as the Russian Post.

Chinese authorities are demanding that aircraft not have "dual registration", which "does not comply with the requirements of the ICAO (International Civil Aviation Organization)". Aviastar-TU operates six Boeing 757s. Five of them are registered in Russia, although they were registered in Bermuda in early March. The re-registration of aircraft in Russia began after the owners of the airliners began to revoke permits for their use in leasing by Russian airlines.

In early March, the Federal Air Transport Agency recommended that Russian airlines suspend all international flights due to fears of mass arrests of aircraft abroad.

The threat of stopping flights also loomed over the Russian Sukhoi Superjet 100, which, under sanctions, could replace foreign-made airliners. Russian airlines cannot repair and maintain Russian-French SaM146 engines that are installed on Superjet. This is due to the imposition of EU sanctions.

Fenced off from the territory controlled by Kyiv: in the Kherson region, Russian invaders 'closed the border'

'Zelensky is now like a rock star': people around the world want to buy a fleece jacket like the president of Ukraine