In California, a Russian-speaking woman was arrested, who is suspected of arson, which caused a forest fire and had to evacuate residents of the surrounding area. The publication told about this in more detail. 711web. 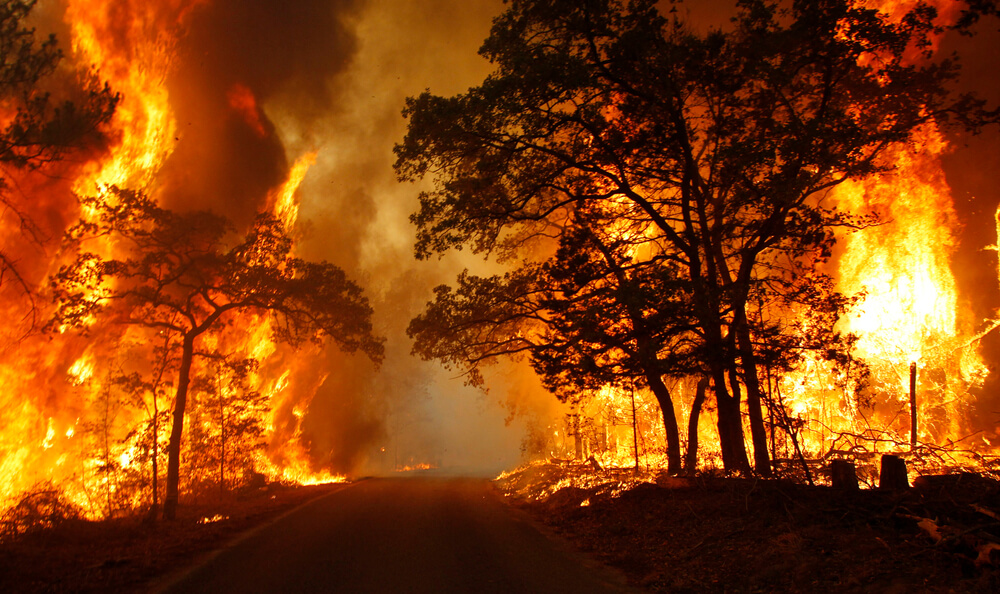 Workers at JF Shea and Mountain Gate reported seeing a woman trespassing. She behaved strangely and invaded the Shasta County area where the Fawn Fire broke out Wednesday afternoon, the California Department of Forestry and Fire Protection said in a statement.

Later on Wednesday, September 22, Alexandra Soverneva emerged from the bushes near the line of fire, approached the firefighters and told them that she was dehydrated and needed medical attention. Cal Fire noticed that she had a lighter in her pocket at the time. CBS Local.

Soverneva, 30, was taken out of the fire zone for examination and treatment. Officials said officers suspected a Palo Alto resident of arson. She was arrested and taken to the Shasta County Jail.

She has been charged with aggravated arson in the wilderness due to California's declared state of emergency, Shasta County District Attorney Stephanie Bridgette said.

According to the prosecutor, Soverneva is also under investigation in connection with other fires in Shasta County and throughout the state.

On the subject: California wildfires threaten the world's largest tree

According to her your LinkedIn profile, Soverneva was credited for the degree of Doctor of Philosophy. Prior to that, she received her education in environmental chemistry from the College of Environmental Sciences and Forestry, State University of New York. On her page, she refers to her current occupation as "shaman." There you can also find information that it is Russian-speaking.

A video appeared on the network, which shows how several houses are burning. Officials said 25 buildings were destroyed.

It was not immediately known how many people were affected by the evacuation. People living in other areas have been warned to prepare to leave. About 2000 buildings were under threat.

The fire destroyed over 8,5 square miles (22 square kilometers). It was localized only by 5%.

According to the California Department of Forestry and Fire Protection, there are more than 9000 firefighters on duty across the state during 10 active major wildfires.

This year, as a result of the elements of fire in California, 9507 square kilometers were burned, more than 3200 houses, commercial real estate and other buildings were destroyed.

These fires include two large forest fires in the heart of California near a giant ancient redwood tree on the western slope of the Sierra Nevada. Smoke from these fires raised air quality concerns in the southern Central Valley and spread over Los Angeles, darkening the sky and triggering false reports of mountain fires.

Officials showed reporters how the famous giant forest in Sequoia National Park was protected from the KNP fire.

The bases of some of the most famous giant trees have been covered with fire-resistant materials. The huge forest contains 2000 sequoias, among which the Sherman tree is the largest in the world in terms of trunk volume.

Ed Christopher, deputy director of the US Fire Department, said the fear of catastrophic fires emanating from this part of the national park has been significantly reduced thanks to a combination of precautions and less fire intensity.

Historic droughts associated with climate change make it even more difficult to combat forest fire elements. In California alone, fire has killed millions of trees. Scientists say climate change has made the West warmer and drier over the past 30 years and will continue to shape the weather more extreme and increase the frequency and destruction of wildfires.

The KNP complex was formed from two fires on September 9. The flames later merged into a single fire and burned over 56 square miles (145 square kilometers). Sequoia and the adjacent Kings Canyon National Park are closed. The fire has not yet been localized.

Windy Fire is burning nearby - it has destroyed almost 77 square miles (199 square kilometers) in the Tully River Wildlife Refuge and in the Sequoia National Wildlife Refuge. It was possible to localize it by only 6%.

Windy Fire forced the evacuation of small forest settlements. The fire destroyed the fire control structure and the radio transmitting station at the top of the mountain.

The fire passed through several groves of giant sequoias and damaged one of the large trees on the famous 100 Giants Trail.

A tropical paradise within the United States: 12 breathtaking natural oases in America

How to live to be 120: advice from centenarians from around the world