31 May tank truck drove into the crowd protesters in Minneapolis, Minnesota. The truck was driven by a Russian-speaking US citizen Bogdan Vechirko. He was arrested, but already released on June 2, awaiting further investigation, writes Bring me the news. Bogdan’s wife says that after the incident he was beaten and robbed, and now the family is asking for help. 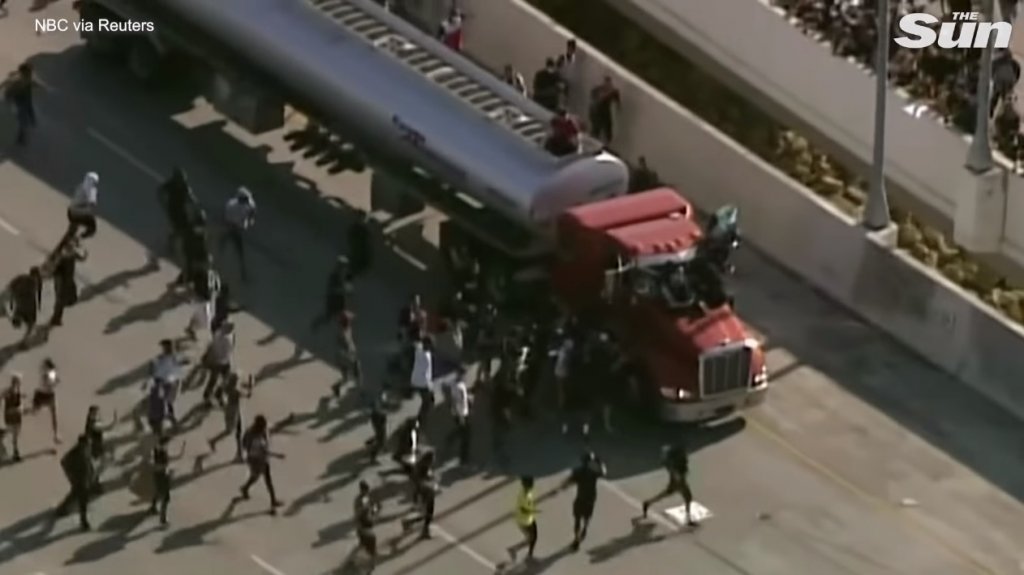 35-year-old Bogdan Vechirko from Otsigo was initially arrested on suspicion of a possible attack after his tank truck quickly drove into a large crowd of protesters who blocked the I-35W highway in Minneapolis after closing the road.

On Tuesday, June 2, Hennepin County Attorney Mike Freeman said that the Vechirko case was “postponed until further investigation,” and Bogdan himself was released from prison.

State officials said that Vechirko was believed to be unintentionally heading for the protesters. He was trapped on a closed freeway while a raging mob gathered on the road.

“Investigators are in the process of collecting additional information and answers to help in making a decision on the charge,” the prosecutor’s office said.

The videos show that Vechirko continued driving on I-35W, while other cars were waiting for departure, and there was a crowd ahead.

UPDATE ON TUESDAY: driver was released from jail and not charged. Authorities have said he was speeding; MNDoT video shows him driving left of all other cars exiting the highway before quickly encountering protest. https://t.co/SxFLB9JiTd pic.twitter.com/os0NOxoNjO

According to the wife of Bogdan Vechirko, as well as the husband of her sister Artem Loginov, Bogdan was beaten and robbed.

Loginov claims the incident was unintentional. According to him, he spoke with Vechirko and is convinced that the incident on the bridge "was not his mistake." He did not want this to happen, and he had no intention of harming anyone or doing anything bad, according to a relative who is quoted as saying Star Tribune.

On the subject: US protests: Russian and Ukrainian embassies ask immigrants to stay at home

On Monday, June 1, State Security Commissioner John Harrington stated that the driver “panicked and just kept moving forward,” but he did not break any barriers to protecting the protesters and did not pursue any goal. 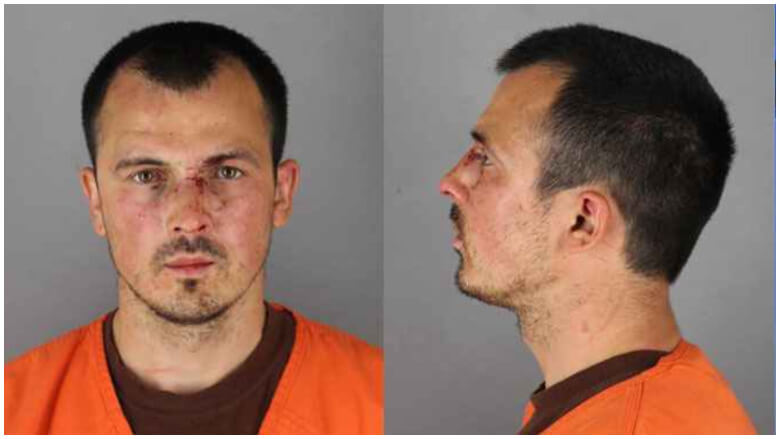 Some of those on the bridge disputed this, including Drew Valle, who said the driver showed "gross neglect of humanity."

Ludmila Vechirko, who is 8 months pregnant, recorded a video in Russian, in which she asks for help: “By popular demand, I am recording this video for those who care and want to help our family.” She is holding a piece of paper with a PayPal fundraising address.

Lyudmila Vechirko adds that “our credit cards are frozen because his wallet, phone and all the things in the truck cabin were stolen. I am very grateful for all your open hearts. "

Loginov also said the family was “very grateful to the people who came to save him, and very grateful to the police” who drove away some of the demonstrators who started attacking Bogdan Vechirko after his truck stopped halfway on the bridge over the Mississippi River.

On the subject: Curfew, troops in the capital, Trump in the bunker: protests and pogroms in the US do not stop

According to Loginov, the financial situation of the couple was greatly shaken due to the fact that Bogdan is missing work, as well as due to the pregnancy of his wife and the possible legal consequences of the incident.

“They are not a wealthy family,” Loginov said. "He is a hard worker and the only one who brings money to the family."

According to Loginov, Bogdan Vechirko came to the United States from Russia at the age of 4. He met Lyudmila in Minnesota.

In California, immigrants saved a Russian restaurant from pogroms

Curfew, troops in the capital, Trump in the bunker: protests and pogroms in the US do not stop