Russia accused the USA of involvement in organizing protests in Moscow

Tim Richardson, an adviser to the US embassy, ​​was summoned to the Ministry of Foreign Affairs (MFA) and asked for an explanation because of the publication of information about the unauthorized protest in Moscow. Writes about it RIA News. 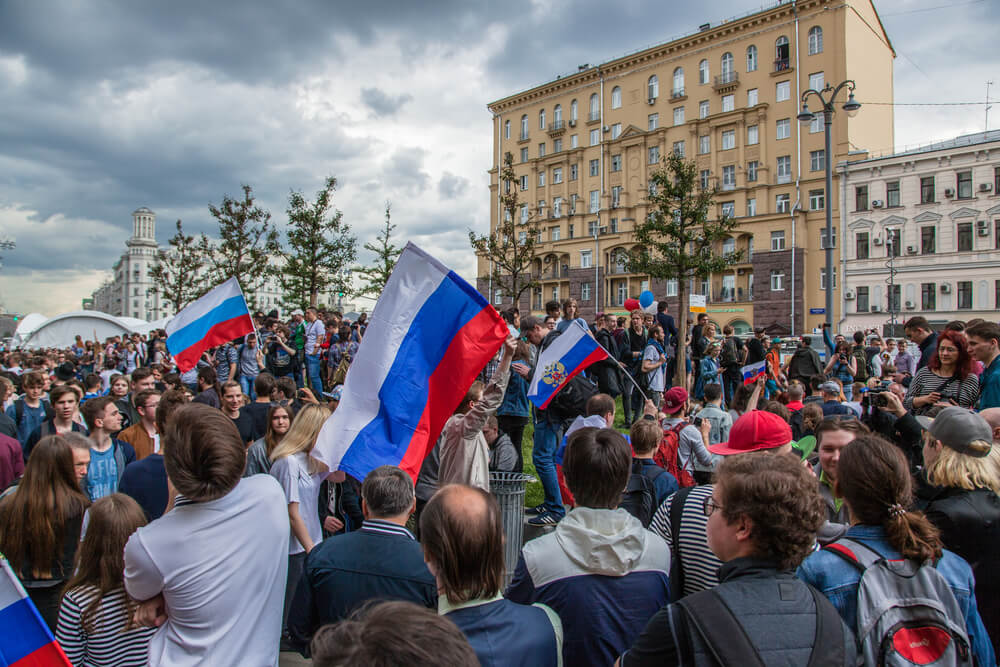 Earlier, on the website of the diplomatic mission and on the Twitter account of the Department of Consular Affairs of the State Department, a scheme for holding an uncoordinated rally in Moscow was urged to avoid the march.

The Foreign Ministry regarded this as an agitation in favor of participating in an unauthorized rally and an attempt to intervene in the internal affairs of Russia.

Earlier, Foreign Ministry spokeswoman Maria Zakharova said that the route of a rally not agreed with the authorities in publications was scheduled literally every minute, and then the American embassy actively commented on its results. In addition, she said, German journalists openly called for participation in the rally.

Zakharova promised that Russia would bring to the American and German authorities information on how diplomats and the media allegedly interfere in the country's internal affairs.

On the subject: In Russia, they want to deprive a couple of parental rights for taking a child to a protest

Protests took place in Moscow on 14 and 21 of July, as well as 3 of August. The rally was organized by candidates for deputies who did not go to the Moscow City Duma.

At the rally, police detained about 1,7 thousands of people.

The Investigative Committee has opened criminal cases of riots and attacks on government officials.

In turn, the US Embassy in Russia said it did not approve of such actions by the Russian authorities, adding that such arrests violate the Constitution of the Russian Federation and the Universal Declaration of Human Rights.

Trump visited the places of mass executions in Texas and Ohio: how they met the president. A PHOTO. VIDEO

In Russia, they want to deprive a couple of parental rights for taking a child to a protest

"The Kremlin sensed a threat": what do American experts think about the protests in Russia